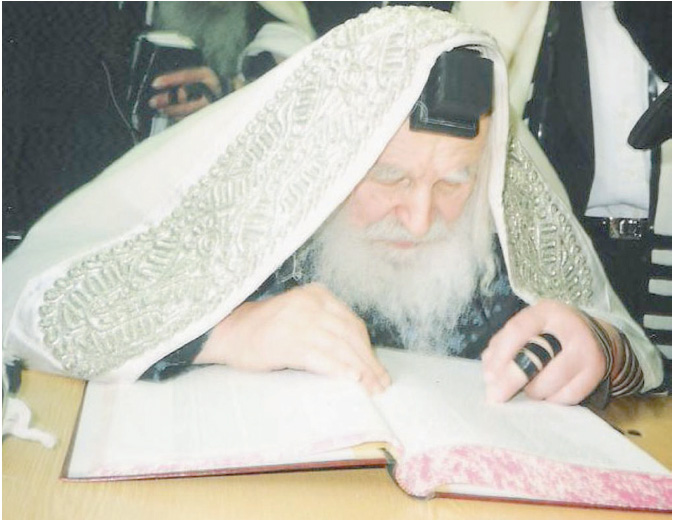 The German army commanded by Rommel reached El Alamein, a town in Northern Egypt, thereby placing Eretz Yisrael in grave danger. B’chasdei Hashem, after the Gedolim in Eretz Yisrael held massive tefillah rallies, the Germans retreated in the face of constant attacks by the Allied forces.

The Zutchker Rebbe was born on 21 Teves 5666/1906, in Chernowitz, Romania. He was the son of Harav Issamar of Nadvorna, zt”l, and Rebbetzin Malkah, who was the daughter of Harav Asher Yeshayah Rubin of Kolbosov, zt”l.

The Rebbe’s diligence was already evident in his childhood. His father kept young Yitzchak in his beis medrash and hired Hagaon Harav Yitzchak Shapira, zt”l, to learn with him.

Harav Yitzchak Isaac married Chana, the daughter of Harav David Hacohen Hollander, zt”l, the Rav of Amsana, Galicia. After his marriage he served as Rav in Voshkovitz for two years before moving to Zutchka.

He experienced many miracles during the Holocaust. He often marveled at how he was able to save all his children, some of whom had been captured by the Nazis.

After World War II, in 5707/1947, he published his first sefer, Hameoros Hagedolim. Soon afterwards he settled in Boro Park, where he lived until 1973.

The Zutchker Rebbe took it upon himself to fight Shabbos desecration in the neighborhood. Each Friday he would approach Jewish storeowners and beg them to close their stores on Shabbos. For 10 years he battled for kedushas Shabbos, until finally he succeeded in getting all the local shops to close.

After the petirah of his father, who had settled in Tel Aviv after the war, Reb Yitzchak Isaac moved to Eretz Yisrael to take over his father’s beis medrash.

In 5741/1981, he opened his own beis medrash in Bnei Brak and eventually launched a project called Shoneh Halachos to encourage the study of hilchos Shabbos.

The Zutchker Rebbe’s door was always open. He refused to restrict his reception hours, saying he had to be available whenever a Jew needed him. Unless the Zutchker Rebbe was speaking to someone, he would be totally immersed in learning.

His old typewriter was always on his desk, and he would type out his own chiddushei Torah. His writings included numerous sefarim and essays on shemiras Shabbos, on tznius, and on peace and ahavas Yisrael.

On Sunday evening, 13 Tammuz, he felt ill and was taken to Laniado Hospital in Netanya, where he was niftar early Monday morning. His last words were: “It should be good, in ruchniyus and in gashmiyus!”

In 1941, Britain launched its “V for Victory” campaign during World War II with Prime Minister Winston Churchill calling the V-sign hand gesture “the symbol of the unconquerable will of the people of the occupied territories and a portent of the fate awaiting the Nazi tyranny.”

In 1944, the Democratic national convention convened in Chicago with the nomination of President Franklin D. Roosevelt considered a certainty.

In 1979, the Nicaraguan capital of Managua fell to Sandinista guerrillas, two days after President Anastasio Somoza fled the country.