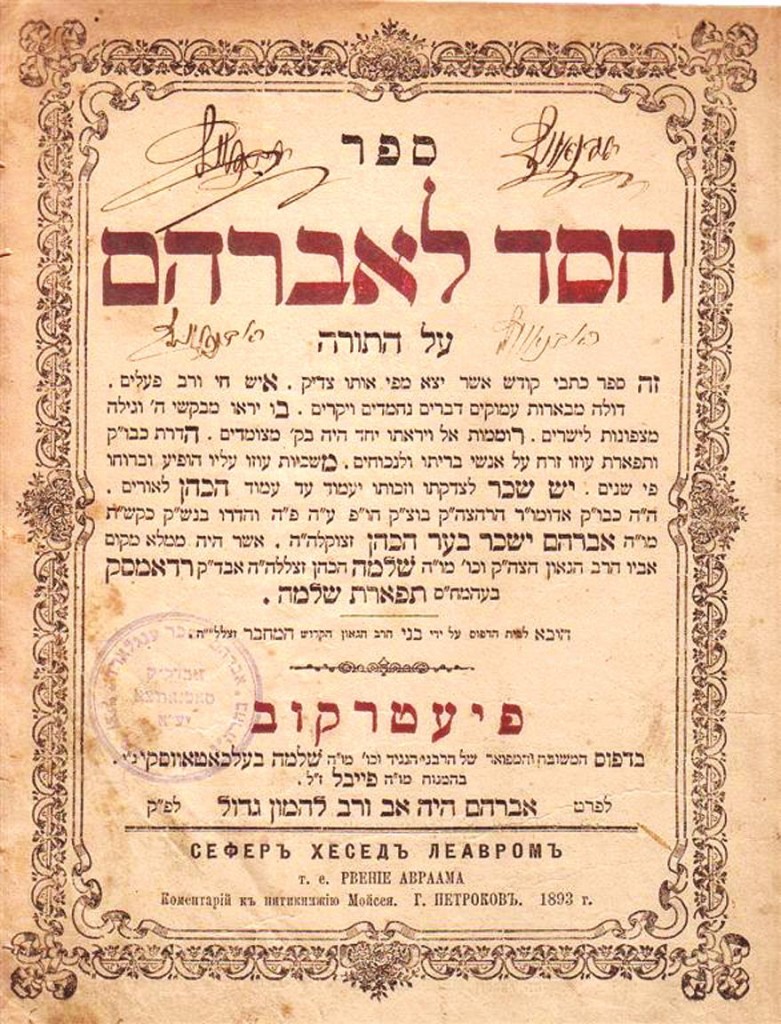 In 5455/1695, Jews of New York petitioned the governor for permission to exercise their religion in public. Permission was denied, because freedom of religion applied to Christians only.

Reb Avraham Yissachar learned nigleh and nistar under his father, to whom he was very attached.

On 29 Adar 5626/1866, when Reb Avraham Yissachar was just 22 years old, his world darkened with the petirah of his father and Rebbe. Despite his young age he succeeded his father as Rebbe, and many Chassidim traveled to his court in Radomsk.

In the early years Reb Avraham Yissachar didn’t speak often in public, but with time he began to deliver lengthy divrei Torah. He would quote from across the Torah spectrum.

Reb Avraham Yissachar led the Chassidim for 26 years with love and warmth. He was niftar on 13 Elul 5652/1892 at the age of 48 and was buried in the ohel of his father in Radomsk.

His sons were Rav Yechezkel, the Knesses Yechezkel, his successor as Rebbe in Radomsk; Rav Nosson Nachum, Rebbe of Krimilov; Rav Shlomo of Elkush; Rav Moshe Elimelech; and Rav Yaakov Yosef of Klabotzk, the author of Emes L’Yaakov.

In 1892, an early version of “The Pledge of Allegiance,” written by Francis Bellamy, appeared in “The Youth’s Companion.”

In 1900, Galveston, Texas, was struck by a hurricane that killed an estimated 8,000 people.

In 1934, more than 130 people lost their lives in a fire aboard the liner SS Morro Castle off the New Jersey coast.

In 1939, President Franklin D. Roosevelt declared a “limited national emergency” in response to the outbreak of war in Europe.

In 1944, Nazi Germany fired the first of its V-2 rockets, faster and more powerful than the V-1, into London during World War II.

In 1954, the Southeast Asia Treaty Organization (SEATO) was founded in Manila by the United States, France, Britain, New Zealand, Australia, the Philippines, Thailand and Pakistan.

In 1964, public schools in Prince Edward County, Virginia, reopened after being closed for five years by officials attempting to prevent court-ordered racial desegregation.

September 1974, President Gerald R. Ford granted a “full, free and absolute pardon” to former President Richard Nixon “for all offenses against the United States which he, Richard Nixon, has committed or may have committed or taken part in during the period from January 20, 1969 through August 9, 1974.”