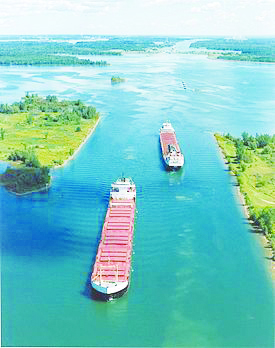 In 5687/1927, the sixth Lubavitcher Rebbe, Harav Yosef Yitzchak Schneerson, zt”l, was officially released from his sentence of exile to Kastroma in the interior of Russia. The actual release took place on 13 Tammuz, and 12–13 Tammuz is celebrated as a “festival of liberation” in Chabad. (This date was also the Rebbe’s birthday.)

At two years of age he lost his father, and his mother married Harav Chaim Zev Yaffe, a descendant of Harav Mordechai Yaffe, the Levush. Reb Chaim Zev raised the boy as his own child.

When Reb Eliyahu Baruch was 10 years old, his step-grandfather Harav Tzvi, Rav in Shkod, was niftar. Reb Chaim Zev was named Rav in his stead, and the family moved to Shkod.

At the age of 17, Reb Eliyahu Baruch married and settled in Shkod.

In 5628/1868, Reb Chaim Zev was niftar, and Reb Eliyahu Baruch was named his successor as Rav.

At that time the kehillah of Karlin asked Rav Yosef Dov to suggest a suitable Rav for them, and he suggested Reb Eliyahu Baruch. He was Rav in Karlin for seven years.

Later Reb Eliyahu Baruch served as Rav in Weckshna for three years, and then in Tchnovtzi until 5659/1899, when he was appointed Ram in Mir alongside Harav Eliyahu Dovid Rabinowitz Teumim, the Aderes, who was Rav in the city.

In 5661/1901, the Aderes moved to Eretz Yisrael and Reb Eliyahu Baruch then became Rav of Mir, where he stayed for the rest of his life.

Reb Eliyahu Baruch was niftar on 12 Tammuz 5677/1917, at the age of 77. He was then in Minsk, where he had gone for the summer, and he was buried in Minsk. Many thousands participated in the levayah, among them the Gedolei Hador.

In 1925, Adolf Hitler published the first volume of his autobiographical screed, Mein Kampf (My Struggle).

In 1947, President Harry S. Truman signed a Presidential Succession Act which placed the speaker of the House and the Senate president pro tempore next in the line of succession after the vice president.