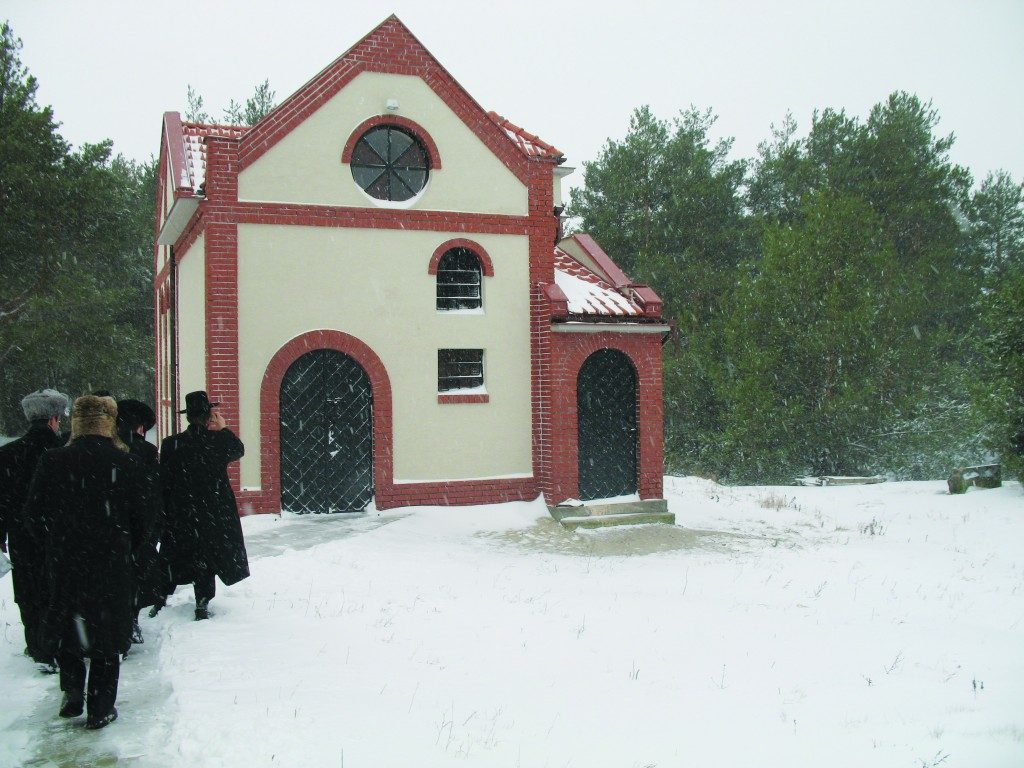 He was the son-in-law of Harav Yehudah Leib of Anipoli, mechaber of Ohr Haganuz; his zivug sheini was the daughter of Harav Elazar of Lizhensk.

In his early years he took pains to conceal his avodas Hashem. The Chassidim were not aware of his great level, so when his father was niftar they wanted to appoint a son-in-law, Harav Avi Ezra Zelig of Grenitz, as his successor. However, when they asked the Chozeh of Lublin, he said that Reb Moshe Elyakim Briyah should become the new Rebbe. He said he learned this from a passuk: “Vayehi binso’a haaron, vayomer Moshe — As the aron [of his father, the Kozhnitzer Maggid] moved on, Moshe [a reference to Reb Moshe] said.”

After being appointed Rebbe, his true stature became evident. Great Rebbes attested to it, and among his Chassidim were many of Poland’s leading Torah personalities.

Reb Moshe Elyakim wrote many sefarim; the most famous is Be’er Moshe on the Torah (Be’er alluding to his name, Elyakim Briyah), Vayechal Moshe on Tehillim, Matteh Moshe on Haggadah shel Pesach, and Koheles Moshe, also on the Torah.

Reb Moshe Elyakim was niftar on 12 Elul 5588/1828 and buried in the ohel in Kozhnitz near his father.

His son from his zivug sheini, Rav Elazar, was his successor as Rebbe in Kozhnitz.

From his zivug rishon he had a son named Rav Yissachar. His sons-in-law were Rav Yaakov Yoel, son of Rav Mordechai (son-in-law of the Ohev Yisrael of Apta); Harav Yosef Unger, the Dombrover Rebbe; Harav Shmuel Zanvil Bindiger of Bardiov, who later settled in Tzfas; Harav Yitzchak Shlomo Goldberg, Rebbe in Zelichov; and Harav Mordechai Zev Horowitz, a grandson of the Chozeh of Lublin.

In 1928, Alexander Fleming discovered the antibiotic penicillin in the mold Penicillium notatum.