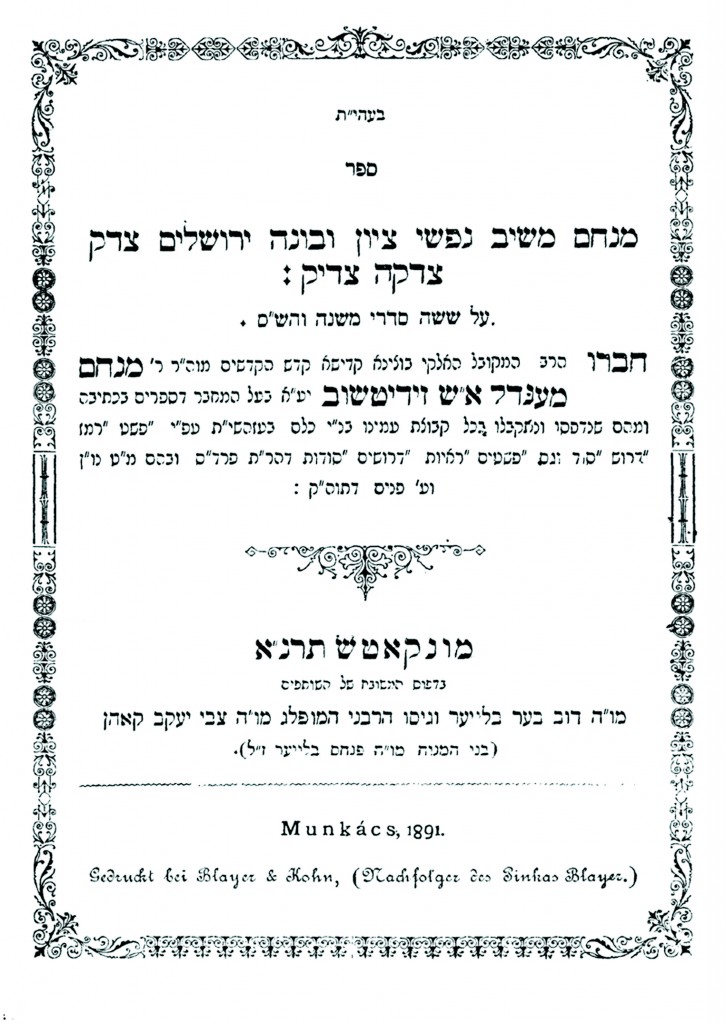 Today is mentioned as a Yom Tov in Megillas Taanis. The Roman Caesar Tureinus caught Loleinus and Papus, two righteous brothers in the city of Lod, and had them killed.

The Gemara relates (Taanis 18) that when they were captured and brought before Caesar, he exclaimed, “If you are from the same nation of Chananyah, Mishael and Azaryah, who were previously saved through a miracle, then a miracle is expected to occur for you, too!”

They responded, “We are not as righteous as they were, and you are not great enough for a miracle to happen through you. We will die because we deserve to be punished.” They were then killed al kiddush Hashem.

Immediately thereafter, Caesar was killed by a legion of the Roman army and the rest of the Jewish communities were saved, which led to the declaration of this day as a Yom Tov.

The Yom Tov was subsequently canceled because two other brothers, Shmayah and Achiyah, who were great men, were killed on this day.

Like his older brothers, Reb Menachem Mendel also delved into the study of Kabbalah.

When he came of age, Reb Menachem Mendel married the daughter of Harav Chaim Avraham of Mikolayev, who was the son-in-law of Harav Meir of Premishlan.

For a short period, Reb Menachem Mendel served as Rav in Mikolayev, in place of his father-in-law.

After the petirah of his father, in 5637/1837, Reb Menachem Mendel, together with his other brothers, was appointed Rebbe.

He was succeeded by his son, Harav Chaim Avraham. His sons-in-law were Harav Baruch Rubin, Rebbe in Gerla; Harav Dovid Marilus of Yeruslav; Harav Yitzchak of Stuchin; and Harav Meir Eichenstein of Kashua.

Reb Menachem Mendel said of himself that he wrote a thousand sefarim. Among them are Adam V’Chavah V’Toldoseihem to explain the Torah according to the Zohar; Sefer Hakol on the 613 mitzvos; Menachem Meishiv Nafshi on Mishnayos and Gemara; Likutei Maharamam, a collection of his divrei Torah, and many others.

In 1931, “The Star-Spangled Banner” became the national anthem of the United States as President Herbert Hoover signed a congressional resolution.

In 1945, the Allies fully secured the Philippine capital of Manila from Japanese forces during World War II.

In 1959, the United States launched the Pioneer 4 spacecraft, which flew by the moon.

In 1969, Apollo 9 blasted off from Cape Kennedy on a mission to test the lunar module.