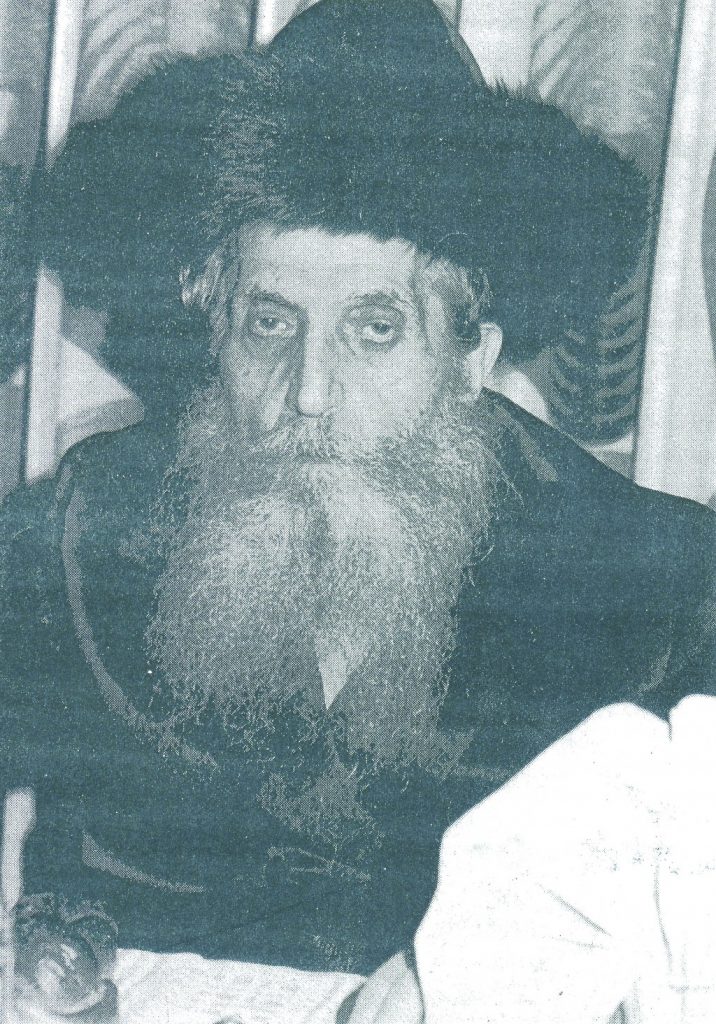 Harav Yaakov Yosef Shlomo Halperin was born on 5 Elul 5662/1902 in Rendken, near Vasloi, Romania, where his father, Harav Chaim Dov, was living at the time near his own father, Harav Shalom, who was then the Rebbe.

As a young child, Reb Yaakov Yosef Shlomo had a very close relationship with his grandfather the Rebbe, and cherished the chance to learn with him. Even when he got older, their connection remained strong.

As a bachur, Reb Yaakov Yosef Shlomo learned in the yeshivah of Harav Menachem Mendel of Vishiva.

In 5699/1939, following the petirah of his grandfather, Reb Yaakov Yosef Shlomo was appointed Rebbe, upon which he moved from Vasloi to Galatz.

Reb Yaakov Yosef Shlomo’s reign as Rebbe in Galatz coincided with the beginning of World War II. He fortified the spirits of the Yidden and encouraged their observance of the mitzvos.

Time after time, b’derech nes, he managed to escape the long arm of the Nazis.

After the war, Reb Yaakov Yosef Shlomo moved to Bucharest, from where he planned to go to Eretz Yisrael.

Finally, in 5710/1950, he reached the shores of Eretz Yisrael and joined his father, who had settled in Haifa a short while earlier.

A year later he moved to Nahariyah. Reb Yaakov Yosef Shlomo wanted to live in a city with shomrei Torah u’mitzvos, so he traveled to Bnei Brak to ask the opinion of the Chazon Ish as to where he should settle. The Gadol’s reply took him by surprise: The Chazon Ish did not allow him to leave Nahariyah, where Yiddishkeit needed to be strengthened.

In 5715/1955, Reb Yaakov Yosef Shlomo settled in Tel Aviv. Many Rebbes of the Ruzhin dynasty lived there.

Following the petirah of his father on 22 Sivan 5717/1957, in accordance with the tzavaah, Reb Yaakov Yosef Shlomo was appointed Vasloier Rebbe.

Every free moment was utilized for limud haTorah; he could be seen bent over his sefer until very late at night.

On Friday, 11 Teves 5745/1985, Reb Yaakov Yosef Shlomo was niftar. He was buried in the Nachalas Yitzchak cemetery in the chelkah of the Ruzhiner Rebbes.

In 1788, Connecticut became the fifth state to ratify the U.S. Constitution.

In 1861, Mississippi became the second state to secede from the Union.

In 1914, the County of Los Angeles opened the country’s first public defender’s office.

In 1916, the World War I Battle of Gallipoli ended after eight months with an Ottoman Empire victory as Allied forces withdrew.