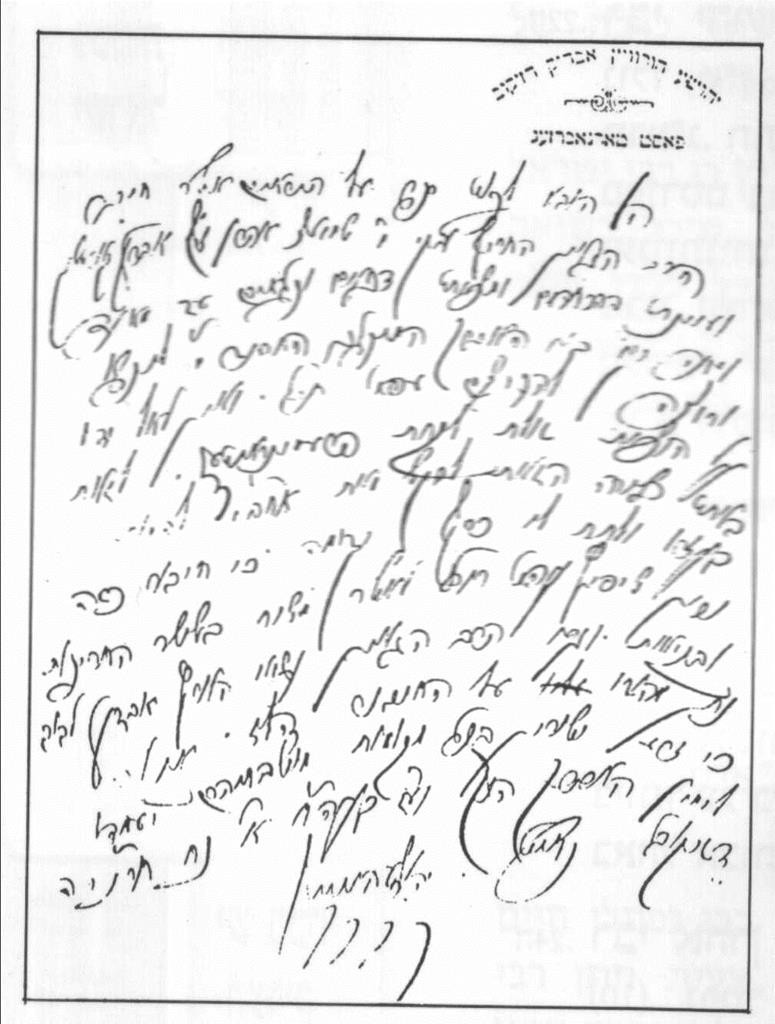 In 5408/1648, during the terrible pogroms that took place at that time, known as Gezeiras Tach V’tat, in which many thousands of Yidden were killed al kiddush Hashem, the Jews of Mezhibuzh were saved from Chmielnicki’s Cossacks thanks to a Yid, Mordechai (whose wife happened to be named Esther).

Since that time, this day was celebrated as “Purim Mezhibuzh.”

Reb Yehoshua was born on Shushan Purim 5608/1848. His father was Harav Meir Horowitz of Dzikov (Galicia, Poland), the Imrei Noam, son of Harav Eliezer of Dzikov, who was the son of Reb Naftali Tzvi of Ropshitz.

He was taught primarily by his illustrious father, and in his teens already conducted serious correspondence with Gedolim and Rabbanim. At the age of 18, he completed his first work, Emek Halachah on Shas, and at the age of 20 he had completed learning the Zohar twice.

Reb Yehoshua married the daughter of Harav Leibush Reich of Reisha. Before long, his father, the Imrei Noam, appointed him Rav in Dzikov, a position he filled meticulously.

It soon became known that he was an exalted tzaddik, in addition to being one of the greatest geonim of the generation.

Thousands came to him for brachos and advice and to hear his stirring davening and the dveikusdig niggunim that he composed.

The Ateres Yehoshua, as he was known, would send people to America at a time when most tzaddikim were strongly opposed to settling in the goldene — yet treifene — medinah.

When someone mentioned this to the Ateres Yehoshua, he said, “If they saw what I see, they would also send people to America.”

He constantly spoke of his fear of the impending First World War. While people tried to convince him that it might be averted, he refused to be calmed.

Reb Yehoshua was niftar on Shabbos, Parashas Vayigash, 11 Teves 5673/1912, and was buried in Dzikov. His levayah was attended by thousands from all over Poland and Galicia.

His sefarim are Emek Halachah; Ateres Yehoshua on Torah and mo’adim, and halachic responsa; and the booklets Tosefos Mitzvah, Derech Melachim and Kedushah Meshuleshes.

His son, Harav Alter Yechezkel Eliyahu, assumed the mantle of Dzikover Rebbe. He was also survived by three daughters.

In 1788, Georgia became the fourth state to ratify the U.S. Constitution.

In 1893, the U.S. Postal Service issued its first commemorative stamp to honor the World’s Columbian Exposition and the quadricentennial of Christopher Columbus’ voyage.

In 1935, Bruno Hauptmann went on trial in Flemington, New Jersey, on charges of kidnapping and murdering the 20-month-old son of Charles and Anne Lindbergh. (Hauptmann was found guilty, and executed.)

In 1942, the Philippine capital of Manila was captured by Japanese forces during World War II.

In 1960, Sen. John F. Kennedy of Massachusetts launched his successful bid for the presidency.

In 1974, President Richard Nixon signed legislation requiring states to limit highway speeds to 55 miles an hour as a way of conserving gasoline in the face of an OPEC oil embargo. (The 55 mph limit was effectively phased out in 1987; federal speed limits were abolished in 1995.)