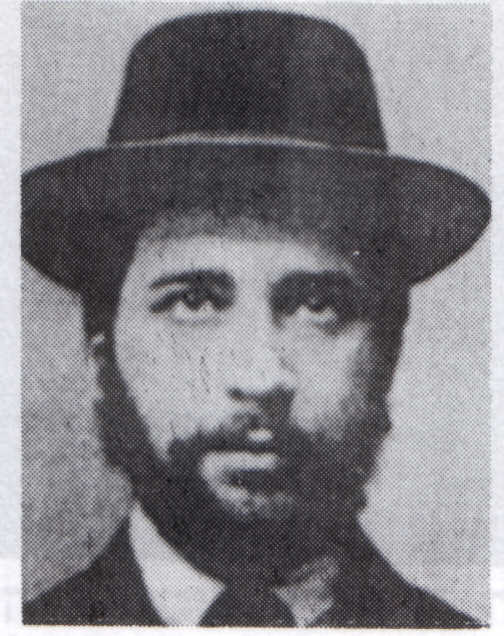 In 5120/1360, anti-Jewish riots erupted in Breslau (now Wroclaw), Poland. Many were killed, Hy”d, and the remaining Jews were expelled.

In 5493/1733, commemorating the defeat of the Persian army, the Jews of Baghdad established a Purim.

In 5556/1796, the Common Council of New York City revoked the license of a non-Jewish butcher for affixing Jewish seals to non-kosher meat.

Harav Aharon was born on 10 Cheshvan 5647/1886 in Stolin. His father was Harav Yisrael, zt”l, the Yenukah of Stolin. His mother was a daughter of Harav David of Zlatipoli.

Reb Aharon married Rebbetzin Feige Gittel, the daughter of Harav Nosson David of Partzov, a descendant of the Yehudi Hakadosh.

After the petirah of his father, he refused to officially lead a court. His brothers led their respective courts, but he moved to Warsaw where he became known as “Reb Ahrele fun Varsha.” There, a large group of Stoliner Chassidim sought him out as their mentor and guide.

Reb Ahrele’s life was devoted and dedicated to helping others. He assisted the sick and the poor, and it was said about him that he “is not from this [lowly] world.”

Reb Ahrele was killed in the midst of doing chessed with mesirus nefesh mamash. Hidden in his bunker, he sat and read Eichah even though it was no longer Tishah B’Av, because in reality it was Tishah B’Av in the streets of the ghetto: the Nazi SS guards were rounding up people and shooting randomly at their hapless victims.

Through a crack in his bunker wall, he noticed an SS guard threatening an expectant woman who had fallen to the ground. Despite the objections of those with him in the bunker, he ran out to defend her.

The Rebbe roundly berated the SS guard, outraged that he would dare harm a woman in her condition. The Nazi, Yimach shemo v’zichro, stared at the Rebbe, pulled out his gun, and shot them both in cold blood.

The Rebbe lived on for a few minutes, and “Berel the Ganav,” who was hiding together with the Rebbe in the bunker, played the violin as the Rebbe recited Viduy and returned his holy neshamah to its Creator.

In 1945, in a pre-recorded radio address, Japan’s Emperor Hirohito announced that his country had accepted terms of surrender for ending World War II.

In 1989, F.W. de Klerk was sworn in as acting president of South Africa, one day after P.W. Botha resigned as the result of a power struggle within the National Party.