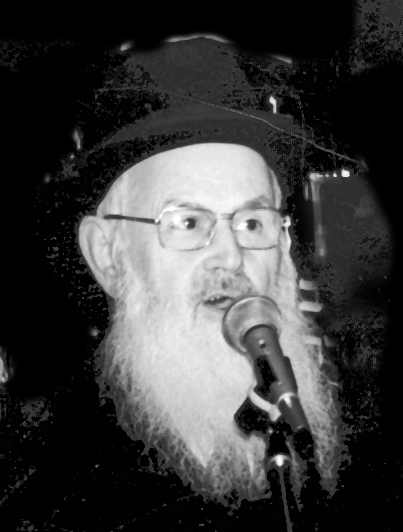 In 2490, Yehoshua led Bnei Yisrael across the Jordan River. As they approached the river with the Aron Hakodesh carried by the Kohanim, the river split for them. After the crossing, Yehoshua erected 12 monuments in Gilgal.

2489, Miriam Haneviah, at the age of 126. At her petirah, the well from which Bnei Yisrael drank in the Midbar dried up; but it was restored in the zechus of Moshe and Aharon. This well is located today in the Kineret (Maseches Shabbos 35). In Shulchan Aruch Orach Chaim (580:2), it states that today is a Taanis Tzaddikim in commemoration of Miria yahrtzeit.

Harav Mashash was born in Meknes, a large city of scholars and scribes in Morocco. His father, Hagaon Harav Maimon, zt”l, came from a long line of Rabbanim and Dayanim.

Even as a child, his talents and abilities stood out and the Moroccan Rabbanim called him “Holy from the Cradle.” He studied at Yeshiva Keter Torah, headed by his Rebbi, Harav Yitzhak Tzaban, zt”l. He was an outstanding student, and advanced until he was appointed Rosh Yeshivah. In this position, which he held for many years, he developed many outstanding students, some of whom currently serve as Rabbanim and Dayanim in Sephardic communities.

In Morocco, leaders of the Casablanca community chose him to be Chief Rabbi and head of the beis din for Casablanca and all of Moroccan Jewry. Serving in this post for 35 years, all halachic problems from throughout Morocco were brought to him. He was well loved by both Moroccan Jews and gentiles, and he was close to Morocco’s King Hassan.

When a search was launched for a Sephardic Rav for Yerushalayim, to serve with Rabbi Betzalel Zolty, zt”l, the city’s Ashkenazic Chief Rabbi, local leaders decided to ask Harav Mashash to immigrate to Eretz Yisrael to be both the Sephardic Chief Rabbi and head of the beis din. He agreed, and moved to Yerushalayim, where he lived until his petirah.

His davening was awe-inspiring. Those standing nearby saw him pronounce each word as if he were counting his money. Once, when he was asked about those who davened quickly, he said in amazement, “How can anyone daven Minchah without proper kavanah? It is something I’ve never done.”

Harav Mashash distanced himself from discord and politics, and made every effort to work well with Yerushalayim’s various communities.

His Torah activities continued until his petirah. In fact, it was in the last week of his life that he completed writing V’cham Hashemesh. He was niftar at the age of 95.

In 1804, the Louisiana Purchase was divided into the District of Louisiana and the Territory of Orleans.

In 1910, Congress passed an amendment to the 1907 Immigration Act that barred criminals, paupers, anarchists and carriers of disease from settling in the United States.

In 1979, a peace treaty was signed by Israeli Prime Minister Menachem Begin and Egyptian President Anwar Sadat and witnessed by President Jimmy Carter at the White House.