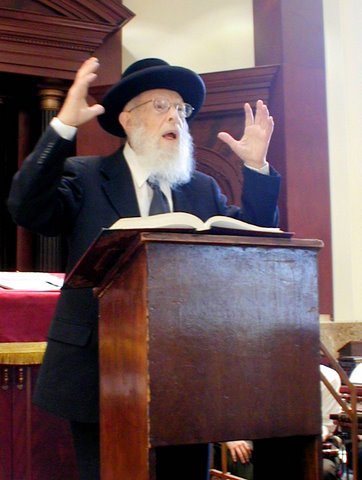 In 2449/1312 B.C.E, the people took sheep, which the Egyptians worshipped, and tied them to their beds in preparation for the korban Pesach. Miraculously, the Egyptians did not harm them. Shabbos Hagadol commemorates this event, since on that particular year, 10 Nisan was on Shabbos. (See the commentaries of Shulchan Aruch, Hilchos Pesach, as to why the miracle is commemorated on Shabbos and not on the date the miracle occurred.)

In 5703/1943, Hungarian Jews under Nazi occupation were forced to begin wearing the infamous yellow Star of David.

2489/1272 B.C.E., Miriam Haneviah, a”h, at the age of 126. At her petirah, the well from which Bnei Yisrael drank in the Midbar dried up, but it was restored in the zechus of Moshe and Aharon. This well is located today in the Kinneret (Maseches Shabbos, daf 35). In Shulchan Aruch Orach Chaim 580:2, it states that today is a Taanis Tzaddikim in commemoration of her yahrtzeit.

Harav Henoch Leibowitz was born in the town of Šalčininkai, Lithuania, on the border with Poland. His father was Harav Chaim Dovid Hakohen Leibowitz. Rav Henoch came to America in 5686/1926 when his father, Rav Dovid, was hired by Mesivta Torah Vodaath as a teacher.

Rav Dovid founded a yeshivah in 5693/1933, and named it after his great-uncle, the Chofetz Chaim, zt”l, who was niftar that year. Rav Henoch Leibowitz succeeded his father as Rosh Yeshivah after Rav Dovid’s petirah in 5681/1941.

The Rosh Yeshivah’s methodology closely followed that of the Alter of Slabodka, his father’s Rebbi, placing great emphasis on the Rebbi-student relationship and inculcating in students the importance of mussar. He also encouraged capable alumni to start yeshivos in communities with little or no formal yeshivah instruction in place. There are some two dozen affiliate yeshivos in the United States, Canada and Israel. There are also three affiliate girls’ schools.

In 1862, the American Civil War Battle of Shiloh began in Tennessee.

In 1886, the Canadian city of Vancouver, British Columbia, was incorporated.

In 1917, the United States entered World War I as the House joined the Senate in approving a declaration of war against Germany that was then signed by President Woodrow Wilson.

In 1980, 3M introduced its “Post-it Notes,” a rebranding of a product formerly known as “Press ’n Peel.”