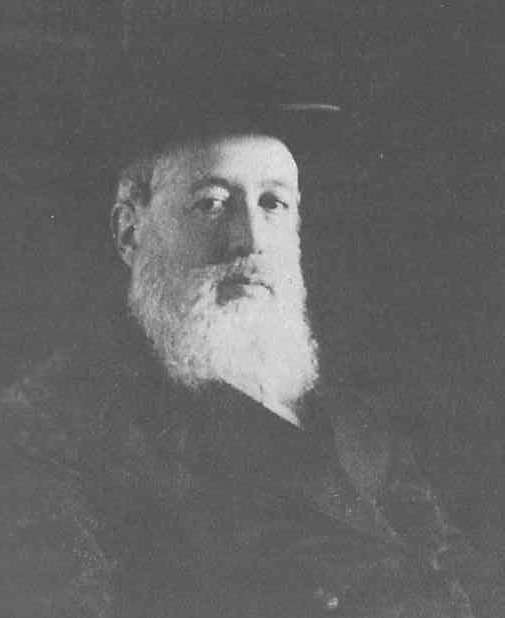 In 1656, Noach opened the window of the teivah and dispatched a raven to determine if the floodwaters had begun to recede (according to Rabi Eliezer).

Rav Moshe Yehuda Leib was educated by his father. His extraordinary memory allowed him to progress quickly in his Torah studies.

While Rav Moshe Yehuda Leib was engaged to his cousin Alta Nechama Gittel, daughter of his paternal uncle Reb Nachum Ber’enu, the kallah’s father fell ill and the marriage was postponed until he would get better. The wedding took place in 5644/1884, the year following the petirah of both Reb Nachum Ber’enu and his father, Reb Avraham Yaakov. With his righteousness and wisdom, the 19-year-old future Pashkaner Rebbe served as father and leader of his late father-in-law’s court in Sadigura.

Rav Moshe Yehuda Leib stayed in Sadigura for two years, after which he returned to his father’s home in Bohush until his father’s passing in 5656/1896.

Rav Moshe Yehuda Leib accepted the Pashkan community’s request to reside there, arriving in 5657/1896. He was treated with great respect all his years in Pashkan, even by the local gentiles, and the town became a chassidic center.

The Pashkaner Rebbe was intimately involved in the daily affairs of his Chassidim. He distributed much tzedakah, in addition to running the Kollel Romania-Bessarabia for the poor of Eretz Yisrael.

During World War II, due to the respect of the non-Jews of Pashkan for the Rebbe, none of the Nazi decrees were carried out there, and many Jews from elsewhere found refuge at the Rebbe’s court.

Soviet influence increased and the situation became more dangerous, and eventually the Rebbe moved to Dorhoi, in eastern Moldovia, whose non-Jews had all fled before the Soviets. The remaining inhabitants were all Stefaneshter Chassidim.

From Dorhoi, the Pashkaner Rebbe planned to emigrate to Eretz Yisrael. He eventually reached Bucharest, but to his distress, his plans was thwarted.

The Rebbe’s health weakened; he called his sons and told them that if he did not reach Eretz Yisrael, they should not bury him in Bucharest, but rather should return him to Bohush, to be buried with his forebears.

On 10 Elul 5707/1947, the yahrtzeit of his father, the Pashkaner Rebbe managed to say Kaddish for his father, but overnight his condition worsened, and in the morning, though his sons put his tallis and tefillin on him, he was too weak to say Kaddish and returned to bed. Moments later, his pure soul left him, as he was kissing the tefillin he still wore.

The Rebbe was buried in Bohush as he had requested.

In 1609, Galileo Galilei demonstrated his new telescope to a group of officials atop the Campanile in Venice.

In 1841, a patent for Venetian blinds was issued to John Hampton.

In 1878, the American Bar Association was formed by a group of lawyers, judges and law professors in Saratoga, New York.

In 1991, the coup against Soviet President Mikhail S. Gorbachev collapsed in the face of a popular uprising led by Russian Federation President Boris N. Yeltsin.