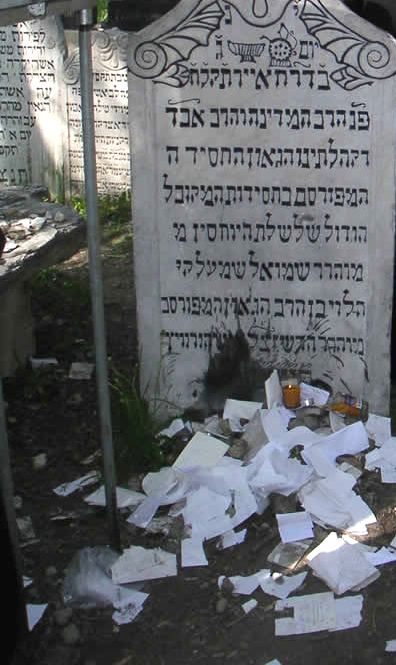 5306/1546, Rabbeinu Yaakov Beirav, zt”l, known for his attempt to reintroduce the concept of semichah

Reb Shmuel Shmelke was the son of Harav Tzvi Hersh Halevi, Rav of Tchortkov, and Rebbetzin Malkah, the daughter of Harav Mordechai of Liska.

The Rebbe Reb Shmelke became Rav of Ritchvahl, where he served for about 10 years.

Subsequently, the Rebbe Reb Shmelke was chosen to serve as Rav in Shinova, in Galicia, and later yet he served as Rav of Nikolsburg, the capital of Moravia (now Mikolaev, Czech Republic), where he served as Rav for five years until his petirah.

Although he served as Rav in a city hostile to Chassidim, the Rebbe Reb Shmelke was revered by all the congregants. He fought against the emerging reform and haskalah movements and led the kehillah with an iron hand.

The Rebbe Reb Shmelke was one of the most esteemed figures of his time. He was respected by all the Chassidic Rebbes, being one of the primary talmidim of the Mezritcher Maggid, the successor of the Baal Shem Tov. Harav Yosef Shaul Natansohn, the Rav of Lemberg, among others, writes words of praise and reverence when mentioning the Rebbe Reb Shmelke.

In the introduction to Nezir Hashem, he writes, “He was a Nezir Hashem … his holy avodah was with great self-sacrifice, sanctity and purity.”

His sefarim are Divrei Shmuel, Darchei Yesharim, Nezir Hashem, and, in Sheves Achim (printed in the back of the Haflaah), one will find many of the chiddushim he was mechadesh while learning with his younger brother.

In 1861, President Abraham Lincoln issued an order to General Winfield Scott that authorized him to suspend the writ of habeas corpus between Philadelphia and Washington at or near any military line.

In 1965, Pampers disposable diapers were patented by R.C. Duncan.

In 1992, the new Federal Republic of Yugoslavia was proclaimed in Belgrade by the republic of Serbia and its lone ally, Montenegro.

In 1992, Russia and 12 other former Soviet republics won entry into the International Monetary Fund and the World Bank.