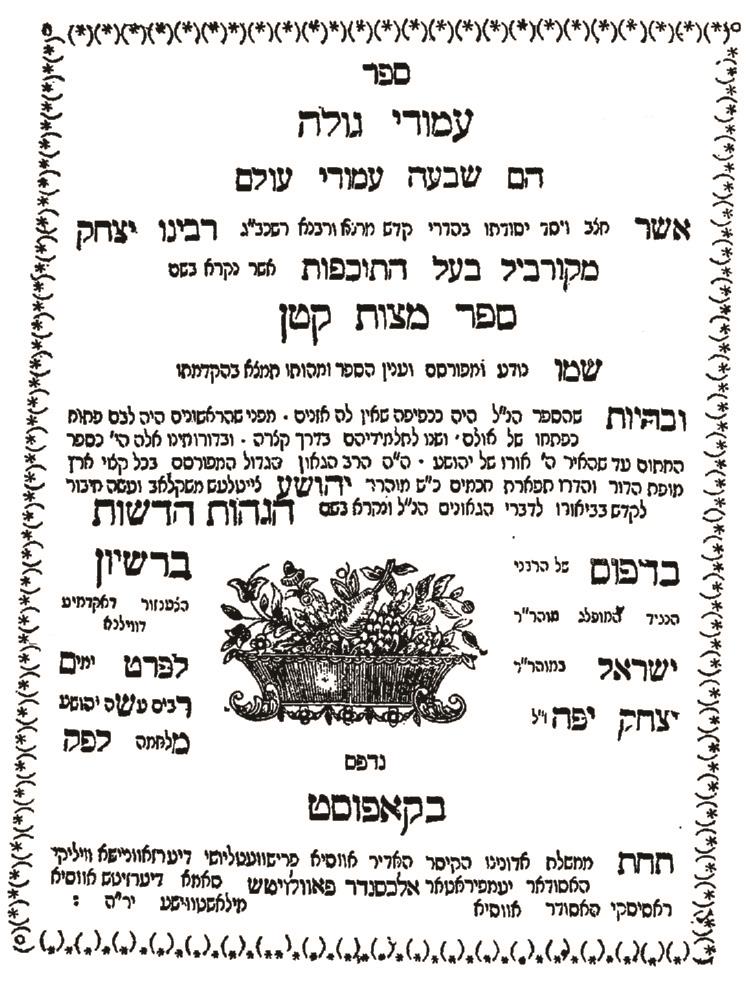 He was the talmid of the Vilna Gaon and of Harav Aryeh Leib Ginsburg, the Shaagas Aryeh.

Reb Yehoshua was a gaon who was regularly asked by other Gedolim for his opinion in matters of halachah.

He wrote the commentary Amudei Golah on Sefer Mitzvos Katan, better known as the Smak. He also published a compilation of his halachic responsa.

Besides his greatness in Torah, Reb Yehoshua was also wealthy. He was an influential adviser to the king. He supported many of his talmidim from his own pocket.

In 1883, the island volcano Krakatoa erupted with a series of cataclysmic explosions; the resulting tidal waves in Indonesia’s Sunda Strait claimed some 36,000 lives in Java and Sumatra.

In 1908, Lyndon Baines Johnson, the 36th president of the United States, was born near Stonewall, Texas.

In 1939, the first turbojet-powered aircraft, the Heinkel He 178, went on its first full-fledged test flight over Germany.

In 1957, the USS Swordfish, the second Skate Class nuclear submarine, was launched from the Portsmouth Naval Shipyard in Maine.

In 1962, the United States launched the Mariner 2 space probe, which flew past Venus in December 1962.

In 1964, President Lyndon Baines Johnson accepted his party’s nomination for a term in his own right, telling the Democratic National Convention in Atlantic City, New Jersey, “Let us join together in giving every American the fullest life which he can hope for.”

In 1979, British war hero Lord Louis Mountbatten and three other people, including his 14-year-old grandson Nicholas, were killed off the coast of Ireland in a boat explosion claimed by the Irish Republican Army.

In 2008, Barack Obama was nominated for president by the Democratic National Convention in Denver.