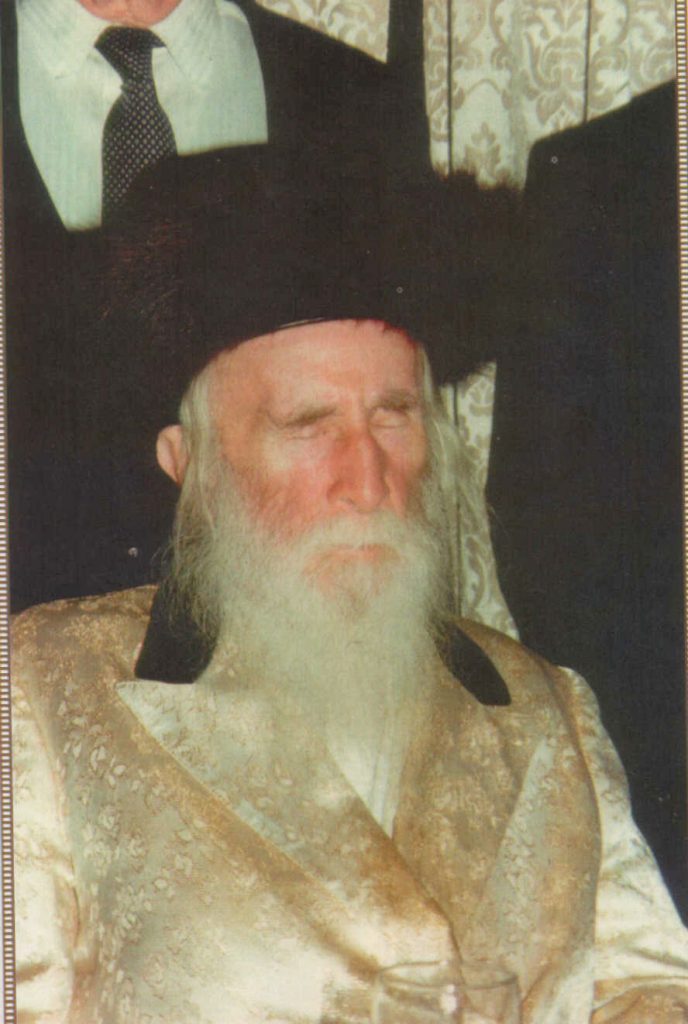 In 2936, the building of the first Beis Hamikdash was completed. The Chanukas Habayis did not take place until the eighth of Tishrei, one year later.

The Bluzhover Rebbe was born in the year 5650/1889 to Harav Yehoshua Spira of Ribatitch, zy”a, known as the Keren Yeshua.

Rav Yisrael had an especially close relationship with his illustrious zeide, the Tzvi LeTzaddik of Bluzhev, zy”a, an outstanding Torah giant. Because of this, the Bluzhever Rebbe was chosen to edit his manuscripts. While doing so he added his own footnotes, revealing his vast Torah knowledge at a relatively young age. In fact, incredibly, he received semichah at the age of 13.

After his marriage, the future Bluzhover Rebbe lived in Zhabne, in the home of his father-in-law, who was also his great-uncle.

Eight years after his father’s petirah, the Rebbe assumed the mantle of leadership in the city of Istrik.

There he attracted Chassidim from all over Poland, including those who had followed his father — the Keren Yeshua, and his grandfather — the Tzvi LeTzaddik.

The Bluzhover Rebbe miraculously survived the Holocaust. Dozens of inspiring stories are told of his experiences in the concentration camps, including the time he lit Chanukah lecht in Bergen Belsen, and when he led the tefillos of Yom Kippur in the death camp of Janowska.

During Pesach in Bergen Belsen, refusing to eat chametz, he literally starved himself. One woman, a widow, had had the foresight to sell her rations, including those of her two small children, to a gentile before Pesach. After Yom Tov she redeemed the food, but after hearing that the Rebbe had risked his life by not eating chametz, she was extremely touched and sent him her most prized possession, the bread she had redeemed.

After the war, a shidduch was suggested to the Rebbe as a zivug sheini. Only after they were married was it discovered that it was his new wife who had saved her future husband’s life by sending him the bread in Bergen Belsen. The Rebbe adopted her two sons, treating them as his own.

The Rebbe settled in the United States, first in Williamsburg and then in Boro Park. His beis medrash attracted Jews from all walks of life.

People came to the Rebbe for advice and guidance.

The Bluzhover Rebbe was niftar at the age of 100 on the second day of Rosh Chodesh Cheshvan 5750/1989 and was brought to kevurah on Har Hazeisim.

In 1735, the second president of the United States, John Adams, was born in Braintree, Massachusetts.

In 1985, schoolteacher-astronaut Christa McAuliffe witnessed the launch of the space shuttle Challenger, the same craft that would carry her and six other crew members to their deaths in Jan. 1986.

In 1995, by a razor-thin vote of 50.6 percent to 49.4 percent, Federalists prevailed over separatists in a Quebec secession referendum.

In 2001, Ukraine destroyed its last nuclear missile silo, fulfilling a pledge to give up the vast nuclear arsenal it had inherited after the breakup of the former Soviet Union.

In 2005, the body of Rosa Parks arrived at the U.S. Capitol, where the civil rights icon became the first woman to lie in honor in the Rotunda.