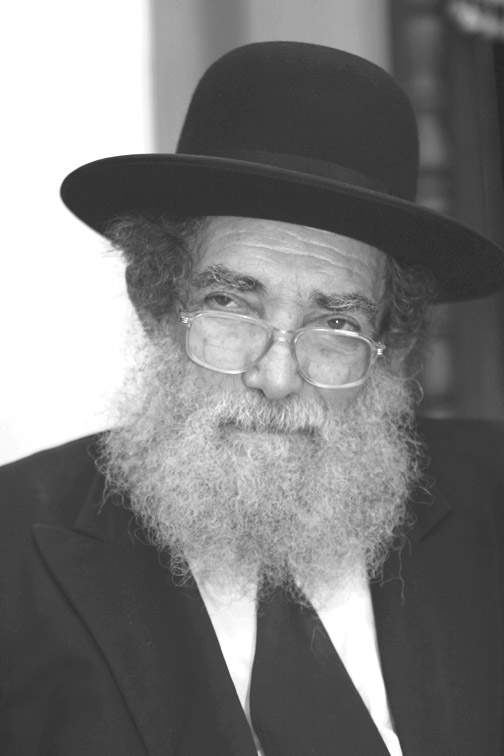 In 5600/1840, in Syria, a priest vanished and the Jewish community was blamed, prompting the imprisonment of the city’s Rav, Harav Yaakov Entebi, the seven community elders, and a number of young children. Only after Sir Moses Montefiore intervened on their behalf were they freed.

Harav Baruch Dovid Rosenberg was born in 5684/1924 in the Shklov district of Russia. His father, Rav Gershon Chanoch, was a son of Rav Yechiel Michel Rashes-Rosenberg.

When he was about two years old, the family moved to Brisk, where they formed a tight bond with the Soloveitchik family. His parents’ home was often filled with visitors from yeshivos who had come to meet the famed Brisker Rav.

Sent to Lithuania to learn in Yeshivas Mir, he grew close to the Rosh Yeshivah, Harav Chaim Shmulevitz, and the Mashgiach, Harav Yechezkel Levenstein. He was noted for his extraordinary hasmadah and gained renown as one of the top talmidim.

During World War II he stayed with the yeshivah when it was exiled to Vilna, then moved to Kaidan before arriving in Shanghai in the summer of 5701 / 1941. For the next five years, the yeshivah remained in Shanghai under the leadership of Harav Shmulevitz and Harav Levenstein.

In 5710 / 1950, Reb Baruch followed his rebbeim to Eretz Yisrael — to Yeshivas Mir in Yerushalayim. There the Mashgiach took care of all his needs and even arranged his marriage to the daughter of Harav Avraham Grodzensky, Hy”d, the Menahel Ruchani of Yeshivas Slabodka in Lithuania. The wedding took place in the summer of 5710 / 1950.

In 5711/1951, Harav Mordechai Shulman asked Reb Baruch to deliver shiurim at Yeshivas Slabodka; for the next five decades — until just a few weeks before his petirah — he delivered a weekly shiur to hundreds of talmidim.

His shiurim were renowned for their depth. He analyzed and elucidated the Gemara, teaching his talmidim by example how to delve into the sugya and extract its meaning.

Reb Baruch’s whole being was dedicated to serving Hashem heart and soul and elevating kvod Shamayim. He constantly prepared new shiurim, which he would toil over as if learning the sugya for the very first time. His chiddushim were printed in Leket Shiurim.

Following the petirah of Harav Moshe Tikoczinsky, he began to deliver mussar shmuessen. Using his gift for words, he found the way to his listeners’ hearts and helped guide them along the path of serving Hashem.

Although stricken with illness, until a few weeks before his petirah he would enter the beis medrash every day to talk to the talmidim of the yeshivah about the sugya being learned.

In 1888, the Blizzard of ’88, also known as the “Great White Hurricane,” began inundating the northeastern United States, resulting in some 400 deaths.

In 1935, the Bank of Canada began operations, issuing its first series of bank notes.

In 1954, the U.S. Army charged that Sen. Joseph R. McCarthy (R-Wis.) and his subcommittee’s chief counsel, Roy Cohn, had exerted pressure to obtain favored treatment for Pvt. G. David Schine, a former consultant to the subcommittee. (The confrontation culminated in the famous Senate Army-McCarthy hearings.)