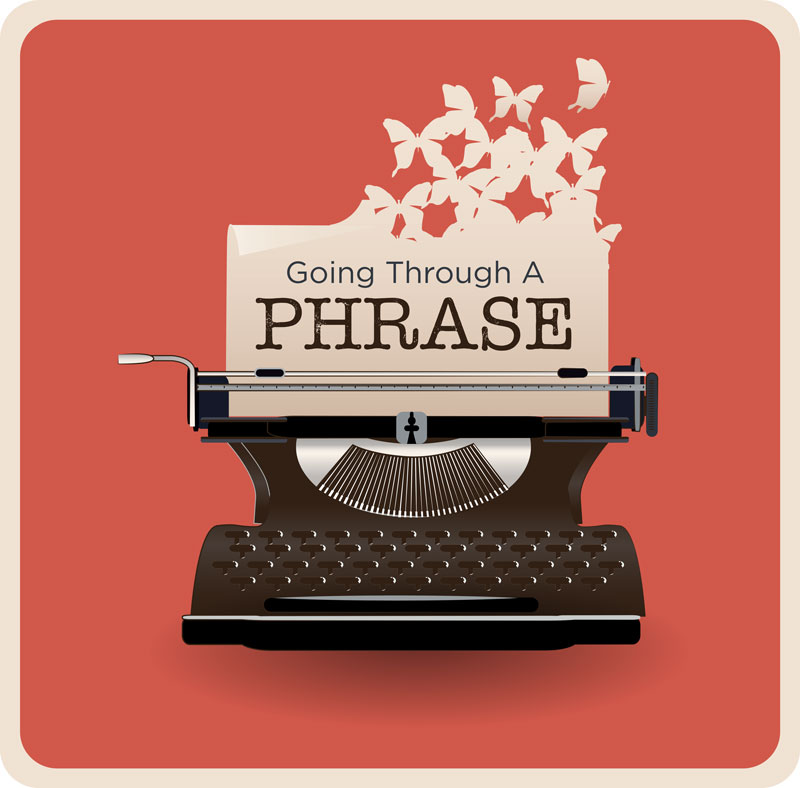 “Whenever I hear the word ‘culture’ … I release the safety-catch of my Browning.” — from Schlageter by Hanns Johst

Hanns Johst was an SS officer and Nazi Poet Laureate. Johst dedicated the first performance of his play Schlageter in honor of  Adolf Hitler’s birthday. The opening quote (above) is from a scene with a verbal attack on intellectuals:

“The last thing I’ll stand for is ideas to get the better of me! I know that rubbish … fraternity, equality … freedom … beauty and dignity! … Their whole Weltanschauung salat (ideological salad). I shoot with live ammunition! Whenever I hear the word ‘culture’ … I release the safety-catch of my Browning [pistol].”

I was raised to revere what the Nazis despised. Equality, freedom, beauty and dignity were cherished. We were customers at the Ideological Salad Bar. We aspired to ideas getting the better of us. We enshrined the altar of the mind — between the temples, as it were.

But while I was thinking about Culture — with a capital C — I paid scant attention to other definitions of the word. From cultivating the soil, to cultured yogurt, its kaleidoscope of meaning was a horse of a different culture.

Never at a loss for words, Merriam-Webster (MW) named culture 2014’s Word of the Year. Their selection was based upon culture getting high search rankings on their online dictionary.

MW editor Peter Sokolowski said, “This gives us a sense of what people are thinking about. … We’re kind of eavesdropping on a national conversation.”

Sokolowski called culture a “chameleon of a word.” He explained, “The term conveys a kind of academic attention to systematic behavior and allows us to identify and isolate an idea, issue, or group: we speak of a ‘culture of transparency’ or ‘consumer culture.’”

“• the beliefs, customs, arts, etc., of a particular society, group, place, or time.

Frankly, that last definition is something I never really thought about. So, when I saw the front-page article in The Wall St. Journal: “As Regulators Focus on Culture, Wall Street Struggles to Define It,” I went into culture shock. Unless you’re a publisher or director of an orchestra, what does business have to do with culture, right?

Wrong! Culture has occupied Wall Street. Or, as Julius Marx put it, “When I hear the word culture … I reach for my wallet!”

The Wall St. Journal said, “‘Culture,’ is the buzzword of the moment at banks — and a puzzle that regulators and Wall Street firms are wrestling to solve. As they emerge from years of bruising fines, layoffs and losses, big banks are trying more than ever to monitor employee attitudes and values to avoid future problems.”

The Journal quoted Susan Ochs, founder of the Better Banking Project at the New America Foundation: “The industry is sort of having a culture moment.”

Thomas Baxter, general counsel of the Federal Reserve Bank of New York, said, “I am not alone in the fundamental belief that a strong ethical culture will lead to better behavior.”

That’s a lot of culture. But the “culture” they’re focusing on isn’t literature or art. They’re looking at such behavior as a “happy-to-grumpy ratio” or how many times an employee uses the word “workaround.”

Regulators monitoring the values culture at the big banks are the blind leading the blind — like the Indian folk tale of the blind men who went to “see” an elephant. The first felt the broad side and said, “An elephant is a wall.” The second felt the tusk and insisted an elephant is a spear. The others said no, it’s a snake (the trunk) … a tree (the leg) … or a rope (the tail).

To see the whole picture, you need to get beyond culture as climate. William Safire drew a sharp distinction between principles and values: Principle “came to mean a primary truth that formed the basis for other beliefs and then to mean a rule for ethical conduct. … Values can change but principles do not. David Guralnik, editor of Webster’s New World Dictionary, explains: ‘Principles, being theological in origin, are fixed, invariable, absolute, eternal. Values, being in a sense scientific, are nontheological and therefore subject to change and alteration as the demands and needs of a society change.’”

Regulators looking for cultural values in all the wrong places should go back to the source: the principle, “Thou shalt not steal.”