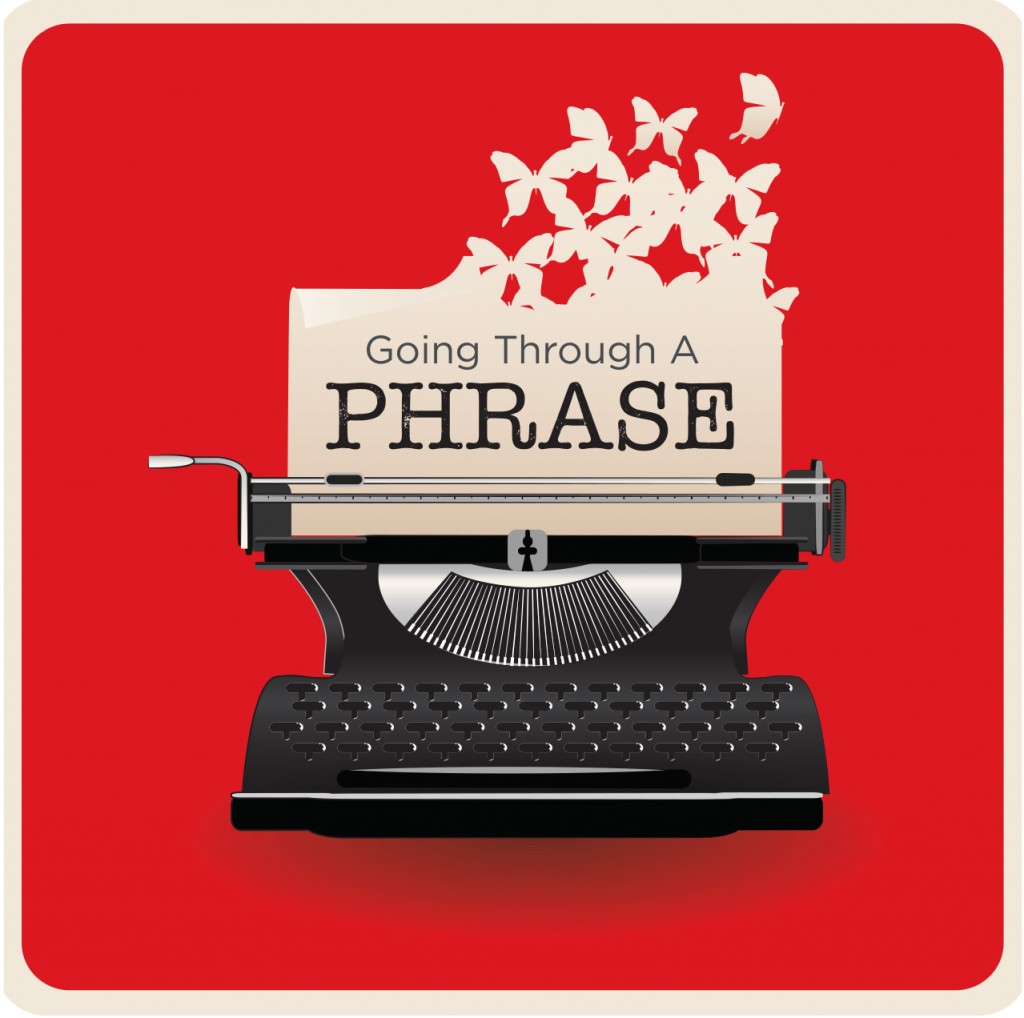 I have been challenged. The gauntlet has been thrown. Actually, a pair of gauntlets.

Gauntlet — historically an armored glove — has long been disarmored and is now used interchangeably with gantlet. To throw down the gauntlet is to challenge an opponent. To run the gantlet means to go through an ordeal — in ancient times, to run through two rows of soldiers armed with sticks. But the difference between gauntlet and gantlet has been lost to history. Even Brian Garner, in the current edition of Garner’s Modern English Usage, has conceded defeat on upholding the distinction.

I said a pair of gauntlets because not one, but two, of my esteemed colleagues challenged me on my distaste for crossword puzzles: How could I, a wordsman — a voracious verbalizer, compulsive punster and ardent alliterator — not like crossword puzzles?

I gave an off-the-cuff answer: “Crossword puzzles are words out of context.”

I was not prepared for the response:

Aargh! … I stifled an impulse to launch into a heated rant on dictionaries vs. glossaries.

Any good dictionary weaves a tapestry of definitions — from literal to metaphorical. Then it adds historical citations and etymological analysis. Each definition is a short course in linguistics, history and culture.

I once saw a quote: “When I first read the dictionary, I thought it was a long poem about everything.”

It immediately struck me as a beautiful thought. I was disappointed to find out that it was a joke. (The same comedian quipped, “What’s another word for thesaurus?”)

Disappointment turned into devastation when the 1985 joke was tweeted in 2012 by (of all tweeters) Oxford English Dictionary … but wrongly attributed to a deceased celebrity who had the good luck to have quoted a clever line. OED quoted it, “Don’t you love the Oxford Dictionary? When I first read it, I thought it was a really, really long poem about everything.” (I sincerely hope OED is more rigorous with their citations for definitions.)

In a review of the unabridged Random House Dictionary of the English Language, Kurt Vonnegut wrote, “One dictionary is as good as another to most people, who use them for spellers and bet-settlers and accessories to crossword puzzles and Scrabble games. But some people use them for more than that.” I’m one of those people.

In case you were never puzzled by crossed words, here’s how The Oxford Companion to the English Language described crossword puzzles:

“A puzzle in which the solver has to guess words from clues and write them in spaces on a chequered diagram which is usually square. The words are generally separated by black squares or by thick bars between squares. The pattern of black and white squares is usually symmetrical, so that the diagram looks the same if turned upside down. The clues are numbered and lead to interlocking words inserted in the appropriate numbered spaces.”

Words in crossword puzzles strike me as severed fragments of ideas, like anatomical models in a doctor’s office. They aren’t even a full skeleton, let alone a living organism.

Even the structure is alien to me. Some writers love to work with mind maps or diagrams. I’m not visually oriented. I think in whole sentences or sometimes paragraphs. I discover what I’m going to say as I write it.

I have to admit to laughing out loud at clever word clues and answers in crossword puzzles. But I only get to see them when I proofread them. I can’t remember the last time I actually “did” a crossword puzzle. I also don’t play Scrabble. (Frankly, I don’t enjoy games. I’m not competitive; and my attention span for games is measurable in nanoseconds.)

Neil Postman, the great critic of mass media, said: “A reading test measures one’s ability to read reading tests, and reading tests are in themselves … somewhat akin to the world of crossword puzzles or Scrabble or the game of twenty questions. Some people play these games well, and all praise is due them for their skill. But if we ask, ‘What aspect of the world do they comprehend in doing these games well?’ the answer is, ‘Only the world within the games themselves.’”

I’m not game. And as long as I’m still kicking and writing, I don’t want to be in a box 3 across and 6 down.