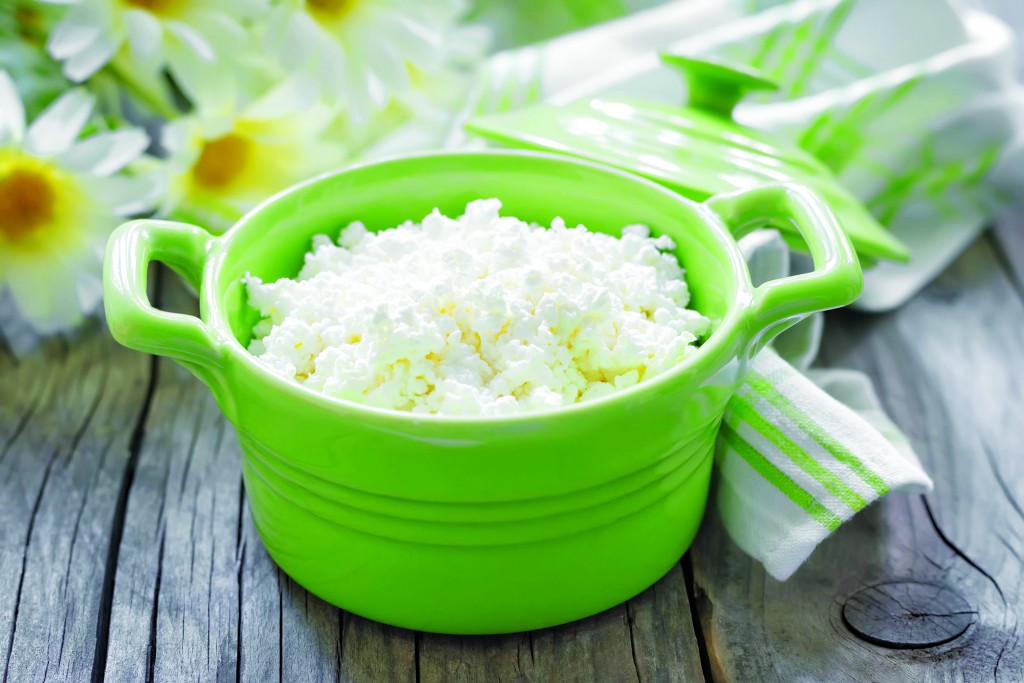 In our never-ending quest to root for the underdog, where better to begin than with cottage cheese?

The mere mention of it will make some turn up their noses, and others sigh with nostalgia. Once the mainstay — along with a chopped meat patty and tomato slices — of restaurant “diet” menu choices, cottage cheese for years has been relegated to barely a chilly shelf or two at grocery stores. Meanwhile, its golden-child sibling, yogurt, in an abundance of forms and glory, extends well into the refrigeration horizon.

Cottage cheese is perhaps as divisive as one of its long-ago stalwarts, Richard Nixon, garnering comments — on cottage cheese, not the late president — ranging from “Love it!” to “Yuck. Looks like lumpy butter to me.”

Although National Public Radio recently charted how cottage cheese consumption has fallen by more than half since the mid-1970s, perhaps yogurt needs to relinquish a little space for coming-into-its-own-again cottage cheese. [There are many who are] touting its various benefits — high in protein, low in carbs, good for digestion…

So while sales may have hit a five-year low in 2014, they started climbing last year, reports a dairy magazine. Cottage cheese, the article continues, is seeing a resurgence, as companies “try to change the cottage cheese conversation” by adding flavors and even more protein.

When New Orleans food writer Anjali Prasertong wrote about her love for just basic cottage cheese, she expected maybe a few hidden supporters to fess up. Total comments, most of the positive variety, now surpass 200.

“It’s so old-fashioned,” she says. “It has a fusty reputation. I hope it’s coming back, and I think it is, judging by the comments.”

When she was a kid growing up in the ’80s, “it was the go-to snack my mom would provide for us,” she says. “We ate it with fruit, either canned or fresh.”

The family would eat a dish from a recipe passed down from her great-grandmother, one that combined the Old World ingredients of green Jell-O and cottage cheese. Not until years after childhood, though, did she start eating it again. Her husband began buying it after being introduced to its dip qualities by a friend holding a handful of chips.

“I eat it with carrot sticks, or with pepper or a drizzle of olive oil,” she says.

What Is It Good For?

Although most of the negative comments to her article had to do with the texture of cottage cheese — something about those little curd characters — she doesn’t mind. She focuses on taste, high protein content and relatively low fat content. As a student studying nutrition, this is important to her.

“Why not embrace it?” she asks.

Because, says registered dietitian Claudia Perkins, there is that texture thing. (“Chunky clots of semi-firm mush without color or flavor” is how Peter Beitsch, a Dallas surgical oncologist, described it.)

“I’ve never been a big fan of the texture,” says Perkins, who is also a health educator at Texas A&M Health Science Center Coastal Bend. “I think it drives people away. Maybe it needs to be made smooth.”

The texture, on the other hand, is a main reason Karen Lukin of Dallas has eaten cottage cheese for years.

“I love the texture,” she says. “Yogurt is smooth, but cottage cheese gives you something to bite into. You have the satisfaction of having something to chew on. I’ll usually put some into a nice little glass dish, but by the end of the evening, I end up scraping it out of the carton. I do the weirdest things to cottage cheese,” she says. “It’s a good base.”

Sometimes she puts chili powder on it. Or lime juice. Or balsamic reduction (the vinegar boiled down). She remembers her cousins chopping hard-boiled eggs into it, then adding cucumber slices and Lawry’s Seasoned Salt. It was a staple of Atkins and other high-protein diets, she says.

The protein content, which surpasses that in yogurt, does get the nod from Perkins.

“The whole difference between cottage cheese and yogurt is interesting,” she says. “Calorie-wise, there’s not a huge, huge difference. But when you look at protein, when you’re looking for more protein and less carbohydrates, cottage cheese will be better.”

One cup of 1-percent-milk cottage cheese has 28 grams of protein, she says, compared to the same amount of plain yogurt, which has 13 grams. Low-fat yogurt has 17 grams of carbohydrates, she says. Cottage cheese? Six.

“For someone with diabetes, counting carbs is very important for counting blood sugar,” she says. “The more foods with less carbs, the better.”

But before cottage cheese starts getting all uppity, there’s one major ingredient to consider: sodium.

“They do have a no-sodium-added kind that has minimal amounts, 29 milligrams per cup,” Perkins says. However, she says, the same cup of 1 percent has close to 900 milligrams of sodium, “which is almost half the recommended amount for one day.”

So yes, she says, you have low-cal, low-carb, high protein “to make you feel satisfied and full for even the long term. But if you have heart or blood pressure issues, or even if you don’t, that’s a lot to be consuming at one sitting, and that’s just one cup.”

With yogurt, the culprit tends to be sugar.

“Most people, when they buy yogurt, they buy it with fruit or granola pieces so it will have extra added fat and extra added sugar,” she says.

People trying to lose weight look toward cottage cheese because of the low-cal/high-protein feature to keep you full, she says. The protein is really good for elderly people, who may not be eating large enough amounts of food and getting protein they need, and for athletes and bodybuilders. But you have to watch the sodium.

Here are some go-withs readers suggested to pair with cottage cheese:

Ketchup (this was Richard Nixon’s choice)

1 (4-ounce) can sliced mushrooms (do not drain)

Place half the cooked spaghetti in the bottom of a deep 8-inch square casserole dish that has been sprayed with cooking spray. Layer half the mushroom mixture on top of spaghetti. Combine the sour cream and cottage cheese; spread over mushroom sauce layer. Add remaining spaghetti and cover with remaining mushroom mixture. Sprinkle with Parmesan cheese. Bake for 35 minutes; let stand for 5 minutes. Cut into squares and serve.