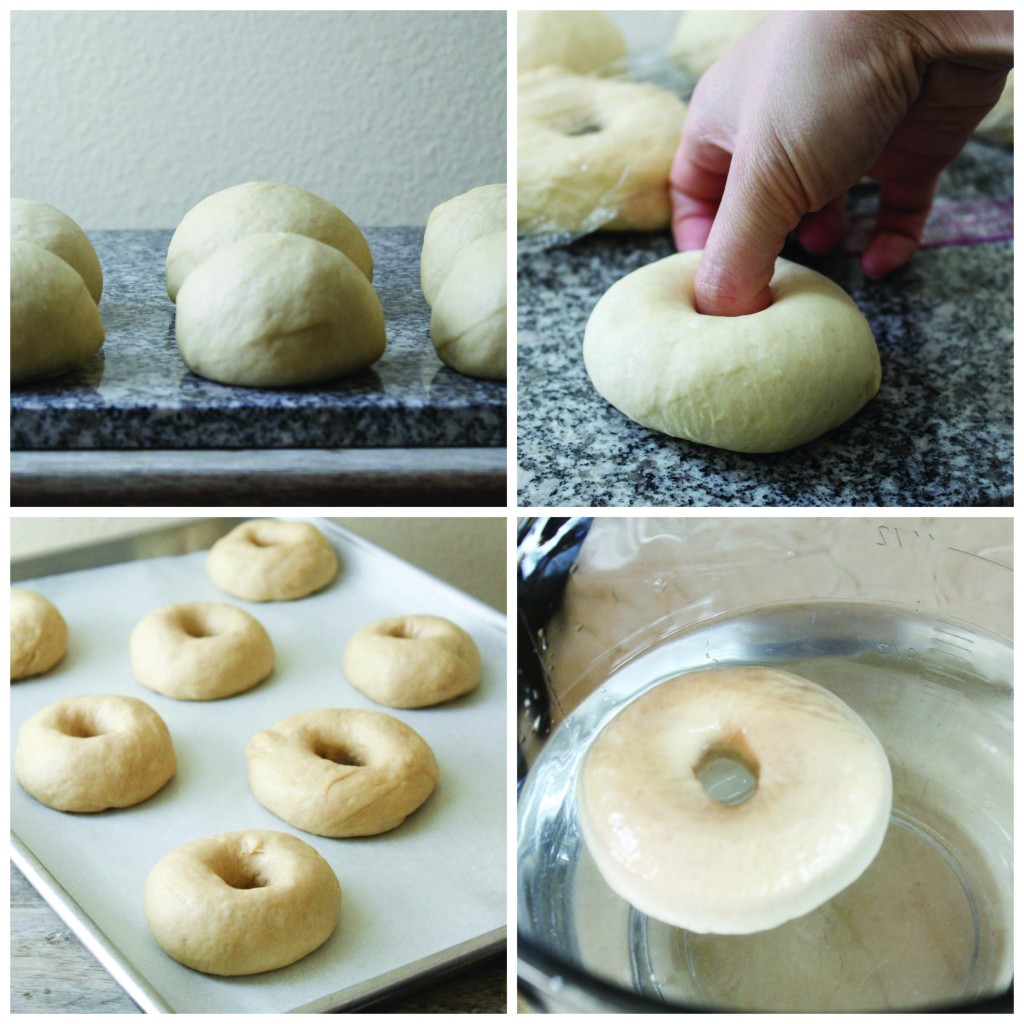 History has shown a Jewish presence in Poland since the 900s. It is believed Jews from Prague and Bohemia settled there when they were expelled from their native countries during the Crusades. For centuries Polish kings passed laws allowing Jews to live in relative peace and extended royal protection to all Jewish settlers. In return, the Jewish people living there were profoundly loyal to the reigning king. Jews became tradesmen and merchants and facilitated trade between Poland and many other countries.

Until WWII the Jewish population in Poland grew every year until it numbered more than 3 million.

With a history that long, it is no wonder that there are numerous dishes that originate in Poland. Blintzes, kugels, knaidlach, kreplach and rugelach are all believed to have been invented there. These popular dishes spread to the neighboring countries of Germany and Hungary where they were tweaked to fit local cuisine. But without a doubt, the most famous Jewish food to originate in Poland is the bagel!

While we think of bagels as something to be picked up at your local bake shop, some intrepid cooks will want to try making them at home — just as they did for centuries in Poland! 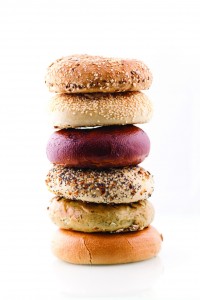 For the sponge (substance that causes the bagels to rise):

For the bagel dough:

For shaping, boiling, and baking:

To make the sponge:

In a 4-qt. bowl, mix the flour and the 1 teaspoon yeast. Add the water, whisking or stirring only until it forms a smooth, sticky dough. Cover with plastic wrap and leave at room temperature until the mixture is very foamy and bubbly, 1 to 2 hours. It should swell to nearly double in size.

To make the bagel dough:

In a stand mixer bowl, stir the sponge with the 1/2 teaspoon yeast. In a bowl, mix 3 cups of the flour with the salt. Add it to the sponge, along with the malt. Using a dough hook, mix on the lowest speed, slowly working in the remaining flour until the dough is stiff and satiny; you may need extra flour. Keep kneading on low until the dough is firm but still pliable and smooth, about 6 minutes.

Divide the dough into 12 pieces, each weighing about 4-3/4 oz. Shape each piece into a smooth ball by pulling the dough down and around to one point on the bottom and then pinching the bottom closed. Cover with a damp towel and let rest for 20 minutes so the gluten relaxes.

To shape, boil, and bake the bagels:

Line two baking sheets with parchment and spray the parchment with canola oil.

To shape the bagels, poke a hole in the center of each ball of dough with your thumb and then gently rotate the dough around both thumbs, slightly squeezing and stretching the dough little by little as you turn, until the hole has enlarged to 1-1/2 to 2 inches. The dough ring should be an even thickness all around.

Set the shaped bagels on the prepared pans so they’re 2 inches apart. Mist the bagels very lightly with oil and cover the pans with plastic (the wrap keeps the dough from developing a skin, which would restrict the rise). Let the bagels sit at room temperature until they swell slightly.

After 15 minutes, start doing the “float test” to see if they’re ready to be set in the refrigerator: Drop one bagel into a bowl of water. If it floats within 10 seconds, the bagels are ready for the overnight rise. Pat dry the test bagel and return it to the pan. (If it doesn’t float within 10 seconds, shake or pat it dry, return it to the pan, and test again every 10 minutes until it floats.) Refrigerate the pans, still covered, for at least 8 hours, or up to two days.

When you’re ready to bake the bagels, heat the oven to 500°F. Bring a large wide pot of water to a boil and add the baking soda; have ready a slotted spoon or skimmer. Remove one pan of bagels from the refrigerator. Move the parchment with the bagels off the pan and onto the counter. Line the pan with a clean sheet of parchment, mist with oil, and sprinkle with cornmeal.

Gently drop the bagels into the water, boiling only as many as will comfortably fit; they should float within 10 seconds, if not immediately. Boil for 1 minute, flip them over, and boil for another 1 minute. For very chewy bagels, boil for 2 minutes per side.

As the bagels finish cooking, lift them out with the skimmer and set them on the baking sheet with the cornmeal. Sprinkle with sesame or poppy seeds, kosher salt, chopped onions, or minced garlic.

When the bagels on the first pan are boiled and sprinkled bake for 10 minutes, rotate the pan for even browning, and then continue baking until golden brown on top and bottom and very firm, about another 5 minutes. Remove the pan from the oven and transfer the bagels to a cooling rack. Let cool for at least 10 minutes. Remove the second pan of bagels from the fridge and boil and bake them the same way.

Serve with cream cheese and lox — another Jewish favorite!