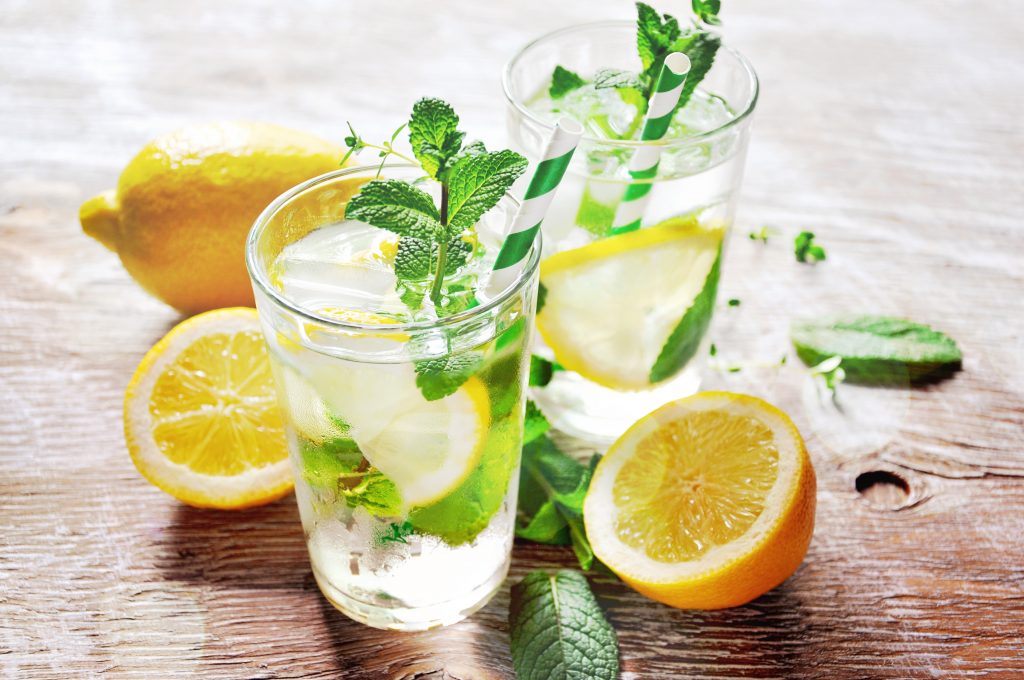 The average American child drinks more than 30 gallons of sugary beverages each year, including sports drinks, sodas and fruit-flavored refreshments. This excessive sugar consumption — which is tied to a greater risk of heart disease, high cholesterol and Type 2 diabetes — has prompted the American Academy of Pediatrics and American Heart Association to endorse a set of ambitious governmental policies to help curb children’s thirst for sweet drinks. But, of course, parents don’t need to wait around for the government to act.

In a position paper released in March, the AAP and AHA came up with five recommendations to help children drink fewer sweetened beverages, such as taxing sugary drinks; limiting the advertising of sugary beverages directed at children and teens; making water the default beverage on children’s menus; and improving the quality of nutrition labels — perhaps by adding front-of-pack labels about the health consequences of consuming sugary drinks.

“This is a comprehensive approach to tackling the problem,” says Federico Asch, a cardiologist with MedStar Heart & Vascular Institute at MedStar Washington Hospital in Washington, D.C. “Problems start because people are not educated about the detriments of sugary drinks. We want to give information so people can make educated decisions.”

Asch says people may think twice before offering soda to their kids if they knew that a 20-ounce cola has the same amount of sugar as 14 cookies or five doughnuts. He also wants every American to know how to read and understand sugar content on the Nutrition Facts label, so they can see how much sugar is in products they buy.

Cities such as Philadelphia and Berkeley, Calif., already use excise taxes on sugary drinks. A study conducted in Berkeley three years after the tax was enacted shows that consumption of sugary drinks is down by 52 percent. And there’s a bonus: The revenue generated by the taxes in both cities — which is about a penny or two per ounce of sweet drink — is invested in school nutrition programs and preventive health services.

If you take your kids out to dinner, the default choice on children’s menus is often sugary soda, so that’s what kids get. But if the menu offered water up front, kids and parents would have a healthier option. “If parents want to walk away from the healthy choice and let their kids have a sugary drink, they can do that,” Asch says. But in this scenario, the parent has to actively make that choice.

Of course, there are eateries out there that are already making changes as parents push for healthier options. According to the AHA report, “Some restaurants have voluntarily changed the default beverage choice on the children’s menu from soda and other sugary drinks to water or milk, although more than 75% of the 50 largest chain restaurants have not.”

Parents can support the AHA’s efforts by patronizing restaurants that offer healthy choices. They can also push for such choices to be available in drink and snack machines or on the menus at the schools and other places their children frequent. But most importantly, they can encourage their children to turn to water first. (What about juice, you might ask? Sip for sip, kid-friendly choices such as apple or grape juice have as much sugar as soda, which negates the small amount of vitamins they contain. Water is still a better choice.)

Start with a fun, reusable water bottle of your child’s choosing. Add some stickers or a cute reusable straw. If the bottle is appealing, your child is more likely to use it. Bonus: Carrying a water bottle helps decrease your use of plastic beverage bottles, which end up in landfills or worse — in the ocean. Single-use plastic bottles makes up more than 40 percent of all plastic trash, so if you can’t sell your kids on water, amp up the environmental message.

Tote that fun and fancy water bottle to restaurants, malls and outings. Make a game of spotting water refill stations or by seeing how many sips they can take each day. You can also make games out of drinking water — sip some at a mock tea party, or fill small espresso cups with water and play “coffee shop.”

If your children find that water tastes bland compared to sweet soda, try adding pizazz with mint, cinnamon sticks or a squeeze of citrus. Have fun by freezing crushed berries in ice cube trays, and floating them in cold water. And make sure your kids are part of the process.

And, finally, be a role model. If you make water your drink of choice, your kids will most likely follow suit.