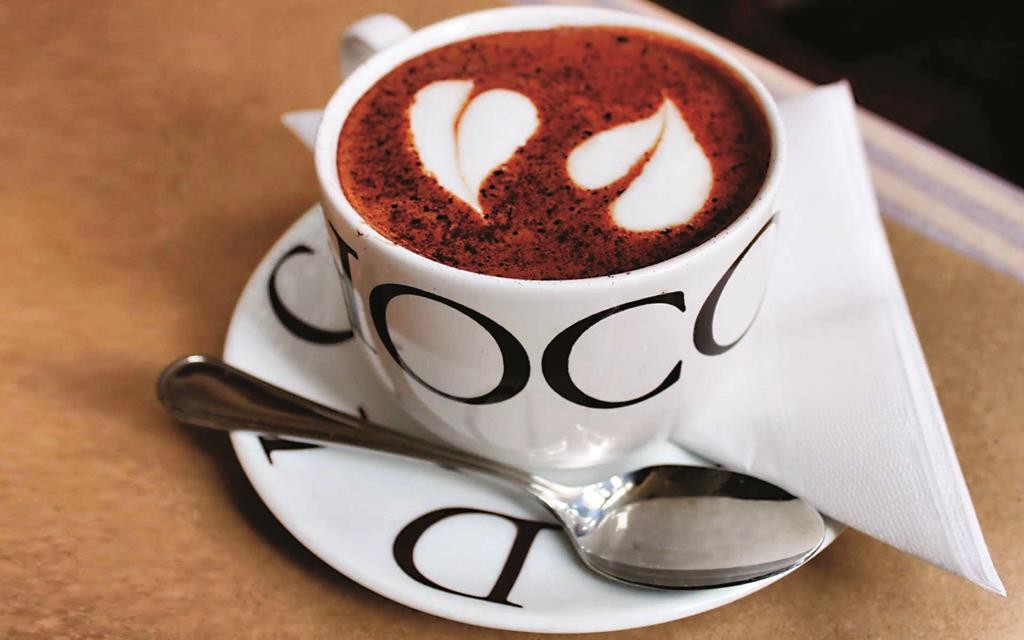 Coffee has a long and colorful history, going from medicinal to cultural. In recent years, with the rise of gourmet coffee houses and shops, it has become a staple in society.

Here are some interesting facts that show just how much Americans are obsessed:

The average coffee cup size is 9 ounces and the average price for a cup of brewed coffee is $1.38. So it may not seem like a pricey indulgence but there are coffee drinks that can cost as much as $10 in a high-end coffee shop! Try your own at home if you are looking for more bang for your caffeine buck.

This recipe contains heavy cream, which is dairy. You can just substitute with thawed whipped topping if you’d like to serve this coffee-lover’s drink at a pareve meal or seudah.

Stir the sugar and water in a small saucepan over medium heat until the sugar dissolves, about 5 minutes. Cool the sugar syrup completely.

For the coffee ice:

For the chocolate syrup:

Make the coffee ice: Stir the sugar into the coffee until dissolved, then let cool. Pour into a 16-cube ice-cube tray and freeze until solid, about 3 hours.

Make the chocolate syrup: Combine the sugar and cocoa powder in a saucepan and slowly whisk in 2/3 cup hot water. Bring to a simmer over medium heat, whisking, until the sugar dissolves, 3 to 5 minutes; do not boil. Remove from the heat and stir in the chocolate, honey and vanilla until smooth. Transfer to a bowl and refrigerate until cool.