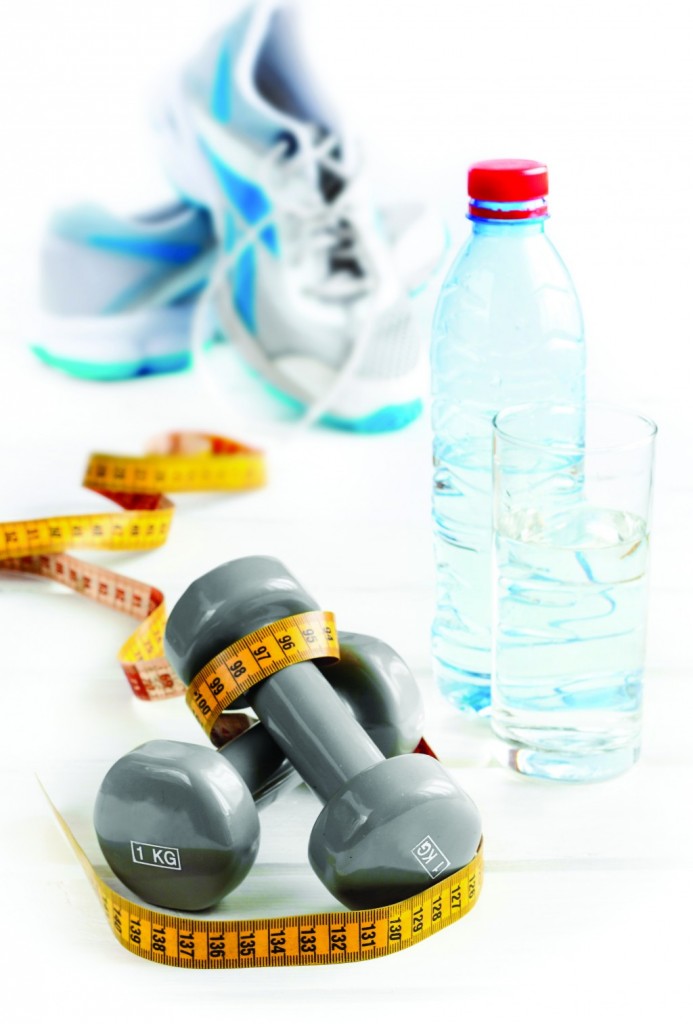 Diet and exercise. To lose weight, to manage blood pressure, to keep your blood sugar in check, to lower the risk of heart attacks, cancer and many other diseases.

You probably have heard the recommended goals: 30 minutes of moderate activity five times a week, loads of fruits and vegetables, and whole grains in place of refined ones.

It sounds so easy; why is it so hard? Science has something interesting to say on the topic.

A study published this spring analyzed the effect of lifestyle modification on weight loss among 5,145 overweight and obese people with Type 2 diabetes. They were randomly assigned to receive either intensive coaching on diet and exercise in weekly meetings for six months, with diminishing frequency after that, or to get diabetes support and education only three times a year.

After four years, those who had been assigned to lifestyle modification, including severely obese patients, had lost more weight and their cardio risk factors — such as cholesterol, triglycerides and blood pressure — had improved significantly more than among those getting only support and education.

Good results in a hospital-based study do not always translate to other settings. It can be quite a challenge to fit diet and exercise — and potentially coaching help — into a busy life.

A Tufts University research team tested a workplace weight-loss program based on nearly 20 years of weight management study experience. At two companies, 94 employees who were overweight or obese met for weekly sessions with nutritionists during their lunch hour and lost an average of 17.6 pounds over six months. Monthly sessions were offered for another six months, and the 40 employees who attended them kept their lost weight off.

By comparison, 39 overweight or obese employees at two control locations received no counseling. They gained two pounds, on average, over six months.

How did the nutritional counseling seem to make such a difference? The dietary advice was based on the “I” diet and included eating foods that address what study co-author Sai Das calls “hunger management.” That means foods that are high in fiber and low in glycemic load — or how much a food raises blood sugar — says Das, an assistant professor of nutrition science and policy at Tufts. Eating such meals allowed the study participants to reduce caloric intake; the counseling component included help with portion control, the challenges posed by eating out and other self-management topics.

Importantly, Das says, the counseling sessions were built into employees’ workdays, making it easy for them to attend.

The take-away here is that for people to lose weight and keep it off, a wellness program needs to do more than just provide dieting help, such as by putting more-healthful snacks in vending machines. That change, while good, is not enough to bring about measurable effects.

A much smaller study looked at the effect of weekly diabetes self-management classes on a group of African Americans with Type 2 diabetes at three churches. “We wanted to see if we could reach people where they eat and work and play,” says study co-author Janice Collins-McNeil, an associate professor of nursing at Winston-Salem State University in North Carolina.

The 12 study participants learned about healthful eating, being active, self-monitoring their blood sugar and stress management. At the end of 12 weeks, participants saw reductions in blood pressure and waist circumference.

Collins-McNeil says adopting new eating and exercise habits was important in these results. “There are many reasons why people don’t bother to exercise or take care of their health,” she says. The main one her team was up against: “As long as they are functioning and in no pain, they’re okay,” she says. They had little motivation to change their habits until the research team educated them otherwise.

Indeed, there are plenty of roadblocks to making healthful lifestyle changes, and, oddly, too much information is one of them. The studies above suggest that people can benefit by being helped through the thicket of possibilities out there and by being given goals.

Health insurance giant Aetna has put considerable effort into wellness programs, both for its own employees and in the advice it offers to companies whose workers it insures, says Susan Kosman, Aetna’s chief nursing officer. “In our own study of 80 employers that use our programs, we saw a 150 percent return” on the money spent for the program, she says. “That includes decreased medical and pharmacy costs, decreased absenteeism and increased productivity.”

The DASH (Dietary Approaches to Stop Hypertension) diet has been proven effective in managing high blood pressure in clinical studies, yet many doctors don’t recommend it, says Marla Heller, a Los Angeles-based dietitian and author.

Heller says she offers meal plans and advice to help people visualize how they can accomplish their wellness goals instead of getting bogged down in details about nutrients and numbers. “We don’t need to turn people into dietitians,” she says.

If there’s a common theme in these disparate approaches, it’s that having a coach, or a support group, can make a big difference in helping maintain a new diet or exercise routine.

“I continue to be amazed at how creative people are and how supportive they are,” says Heller. “They come up with tips and tricks for each other.”