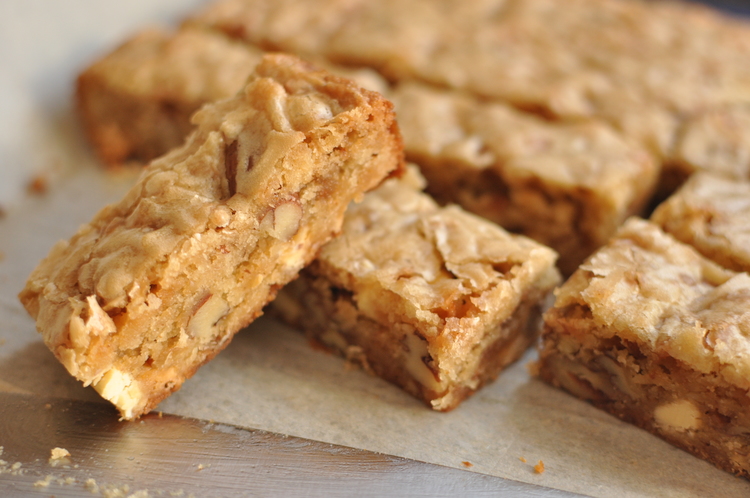 Unlike those other types of chocolate, there are regulations determining what may be marketed as “white chocolate.” In the United States, since 2004, real white chocolate must be at least 20 percent cocoa butter, 14 percent total milk solids, and 3.5 percent milk fat, and no more than 55 percent sugar or other sweeteners. Previously, American brands needed to apply for special licenses to sell white chocolate.

Because it contains no cocoa solids, white chocolate has only trace amounts of caffeine as well as the other anti-oxidant ingredients found in semi-sweet or bittersweet chocolate.

All this, of course, refers to dairy white chocolate.

Pareve white coating, also known as confectioner’s coating, should not be confused with the real stuff as it’s made from solid or vegetable fats, and contains nothing of the cocoa bean. These products may not be labeled for sale as “white chocolate.” They are usually whiter than dairy chocolate, as the cocoa butter is what gives white chocolate its creamy color. Recently, however, we have introduced a pareve white coating that does contain some cocoa butter, giving it superior flavor. It’s a great choice when dairy is not an option.

No — these are not “blondies.” Just taste them and enjoy the true gooey texture of brownies!

Preheat oven to 350°F. Line an 8-inch x 8-inch baking pan with aluminum foil, leaving an overhang on each side. Spray with nonstick cooking spray and set aside.

In a medium-size saucepan, melt the butter. Add the white chocolate spread. Stir the mixture to combine. They won’t completely mix together, but that’s fine. Allow to cool slightly.

Whisk in the sugar, followed by the vanilla, eggs and salt. Make sure the mixture isn’t too hot when you add the eggs, otherwise they may scramble. Whisk together the mixture until smooth and evenly combined; carefully fold in the flour. Stir in pecan pieces.

Pour the batter into prepared pan and bake for 26 to 28 minutes, or until the top is set and the sides are starting to pull away from the pan and the top is golden. An inserted toothpick should come out with a few moist crumbs, or clean. Allow the brownies to cool fully in the pan.

When they’re cool, lift the brownies out of the pan using the aluminum foil edges. Carefully peel back the sides of the foil; then cut into 16 squares or 20 small bars.