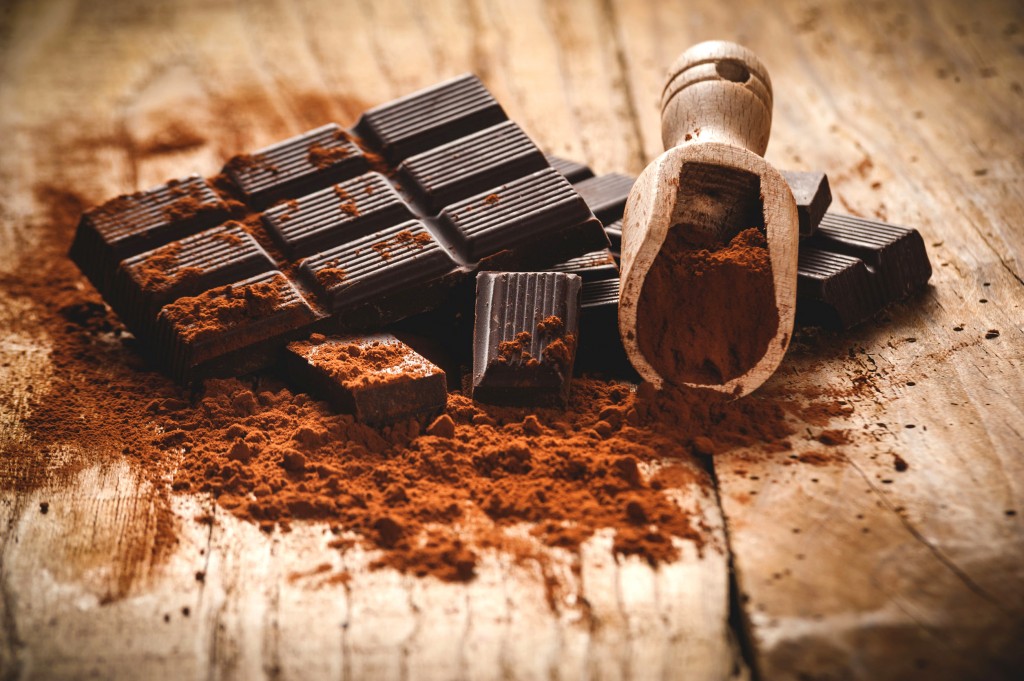 In the mid-1970s, psychologist Merrill Elias began tracking the cognitive abilities of more than a thousand people in the state of New York. The goal was fairly specific: to observe the relationship between people’s blood pressure and brain performance. And for decades he did just that, eventually expanding the Maine-Syracuse Longitudinal Study (MSLS) to observe other cardiovascular risk factors, including diabetes, obesity, and smoking. There was never an inkling that his research would lead to any sort of discovery about chocolate.

And yet, 40 years later, it seems to have done just that.

Late in the study, Elias and his team had an idea. Why not ask the participants what they were eating, too? It wasn’t unreasonable to wonder if what someone ate might add to the discussion. Diets, after all, had been shown to affect the risk factors Elias was already monitoring. Plus, they had this large pool of participants at their disposal, a perfect chance to learn a bit more about the decisions people were making about food.

The researchers incorporated a new questionnaire into the sixth wave of their data collection, which spanned the five years between 2001 and 2006 (there have been seven waves in all, each conducted in five-year intervals). The questionnaire gathered all sorts of information about the dietary habits of the participants. And the dietary habits of the participants revealed an interesting pattern.

“We found that people who eat chocolate at least once a week tend to perform better cognitively,” said Elias. “It’s significant — it touches a number of cognitive domains.”

The findings, chronicled in a new study published last month, come largely thanks to the interest of Georgina Crichton, a nutrition researcher at the University of South Australia, who led the analysis. Others had previously shown that eating chocolate correlated with various positive health outcomes, but few had explored the treat’s effect on the brain and behavior, and even fewer had observed the effect of habitual chocolate consumption. This, Crichton knew, was a unique opportunity.

Not only was the sample size large — a shade under 1,000 people when the new questionnaire was added — but the cognitive data was perhaps the most comprehensive of any study ever undertaken.

In the first of two analyses, Crichton, along with Elias and Ala’a Alkerwi, an epidemiologist at the Luxembourg Institute of Health, compared the mean scores on various cognitive tests of participants who reported eating chocolate less than once a week and those who reported eating it at least once a week. They found “significant positive associations” between chocolate intake and cognitive performance, associations which held even after adjusting for various variables that might have skewed the results, including age, education, cardiovascular risk factors, and dietary habits.

But as Crichton explained, these functions translate to everyday tasks, “such as remembering a phone number, or your shopping list, or being able to do two things at once, like talking and driving at the same time.”

In the second analysis, the researchers tested whether chocolate consumption predicted cognitive ability, or if it was actually the other way around — that people with better performing brains tended to gravitate toward chocolate. To do this, they zeroed in on a group of more than 300 participants who had taken part in the first four waves of the MSLS as well as the sixth, which included the dietary questionnaire. If better cognitive ability predicted chocolate consumption, there should have been an association between the people’s cognitive performance prior to answering the questionnaire and their reported chocolate intake. But there wasn’t.

Why exactly eating chocolate is associated with improved brain function Crichton can’t say with absolute certainty. Nor can Elias, who says he expected to observe the opposite effect — that chocolate, given its sugar content, would be correlated with stunted rather than enhanced cognitive abilities. But they have a few ideas.

They know, for instance, that nutrients called cocoa flavanols, which are found naturally in cocoa, and thus chocolate, seem to have a positive effect on people’s brains. In 2014, one study concluded that eating the nutrient can “reduce some measures of age-related cognitive dysfunction.” A 2011 study, meanwhile, found that cocoa flavanols “positively influence psychological processes.” The suspicion is that eating the nutrient increases blood flow to the brain, which in turn improves a number of its functions.

Chocolate, like both coffee and tea, also has methylxanthines, plant-produced compounds that enhance various bodily functions. Among them: concentration levels. A number of studies have shown this, including one in 2004, and another in 2005.

Experts have known about the wonders of eating chocolate for some time. A lot of previous research has shown that there are, or at least could be, immediate cognitive benefits from eating chocolate. But rarely, if ever, have researchers been able to observe the impact of habitual chocolate eating on the brain.

The takeaway isn’t that everyone should rush to stuff their faces with the magical sweet. “I think what we can say for now is that you can eat small amounts of chocolate without guilt if you don’t substitute chocolate for a normal balanced healthy diet,” Elias said.

The research, he says, isn’t finished yet. There are more questions to ask, more answers to pursue.

“We didn’t look at dark chocolate and lighter chocolate separately,” he pointed out. “That next study could tell us a lot more about what’s going on.

“We also only looked at people who were eating chocolate never or rarely versus once a week or more than once a week,” he added. “I’d really like to see what happens when people eat tons of chocolate.”