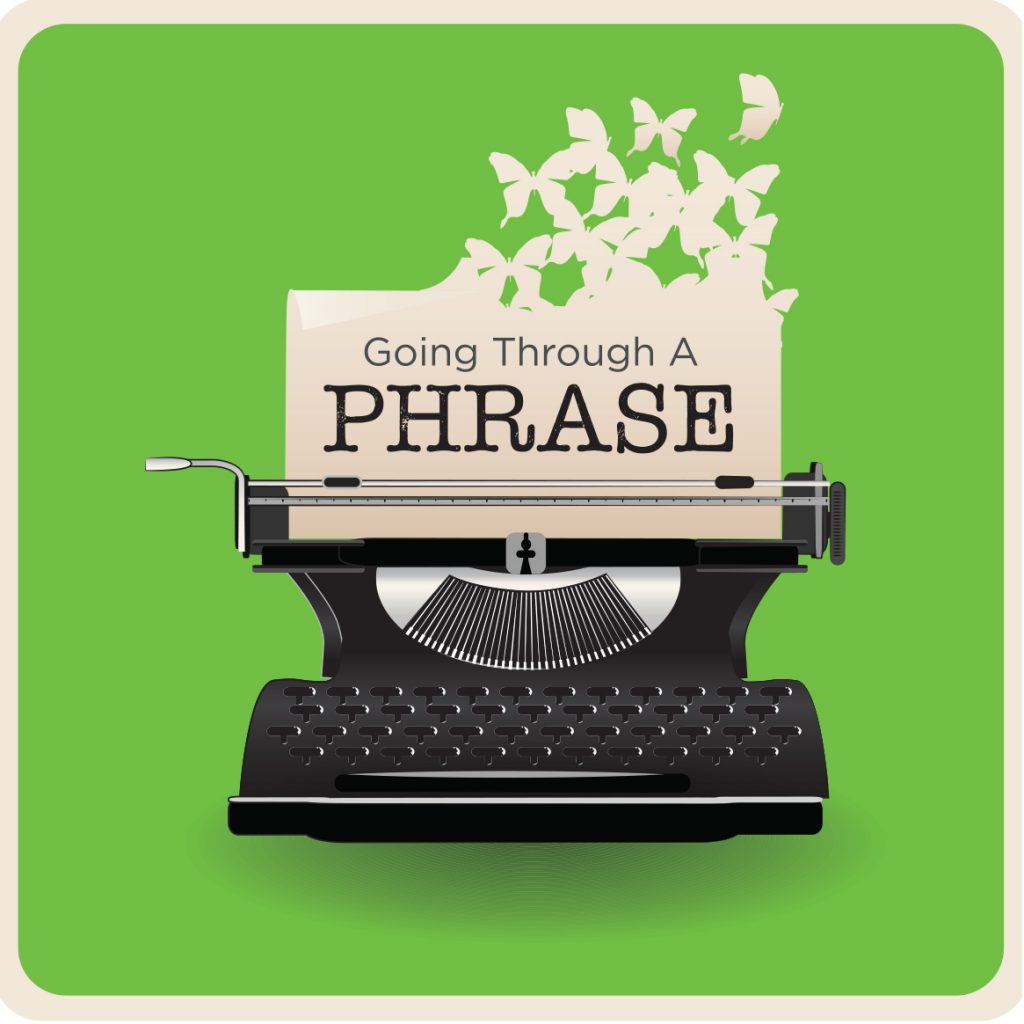 I wanted UPS to ship a crate to Israel.

“A collection of jokes.”

They wouldn’t deliver it. … It was carrying a joke too far.

When I graduated high school, I wasn’t voted “Most likely to succeed,” or “Best athlete.”

(Grammar help call: should that be “was graduated from?” Nah. Forget it. I could never write that with a straight face.)

By my picture in the yearbook, it said, “Laugh and the class laughs with you.”

Funny thing … it was my laugh, not my jokes my classmates liked. I am a great audience.

The truth is (which doesn’t mean I’ve been lying until now, it’s just an idiom for “actually,” which has too many syllables and sounds pompous), any time you joke, you’re taking a chance.

The riskiest joke to try is a pun. As the Proofreader-in-Chief quoted to me, “The beauty of a pun is in the ‘Oy!’ of the beholder.”

William Safire, a proud punster, wrote, “The word paronomasia, based on the Hellenic Greek for ‘to alter in naming,’ has for five centuries been used in English to describe a play on words that sound alike; the poet Alexander Pope in 1741 wrote of ‘the Paronomasia, or Pun, where a Word, like the tongue of a jackdaw, speaks twice as much by being split.’”

Safire invited critique from readers. But he said all complaints about puns will be ignored, adding “Let a simile be your umbrella.”

Then again, former President Bill Clinton wanted to punch Safire in the nose after he called Hillary Clinton “a congenital liar.” But, in all fairness, Safire wasn’t joking when he said that.

In No Joke, Professor Ruth Wisse wrote that at Harvard, she ran into two colleagues and couldn’t wait to share a joke she had heard the night before:

“Four Europeans go hiking together and get terribly lost. First they run out of food, then out of water.

The receptionist, who was not Jewish, overheard the joke and thought it was offensive. Even anti-Semitic.

She viewed any joke that emphasizes the nation-apartness of Jews as being anti-Semitic. But, at its heart, Jewish joking plays on our very uniqueness and foibles. While the other hikers were only anxious about their immediate need for a drink, the Jew — informed by Jewish history — read into his thirst the “direst implications.”

As Wisse said, it’s no joke.

When a friend told me, “I’m deathly afraid of losing my memory!” my mind-jerk reaction was “Forget about it!”

An old saying has it, “There’s a grain of truth in every joke.”

I feel there’s a joke to be found in every truth.

But, like the crate that couldn’t be delivered, there is such a thing as carrying a joke too far.

When my great uncle, z”l, was sick, he found it difficult to eat. A crony of his from the old country came to visit. Sizing up the situation, his friend said, “Ess, ess … ‘est koyech hobn tzu shtarben (Eat, eat; you’ll have strength to die).”

The first verse in Tehillim warns not to “sit in the company of scorners.”

Harav Samson Raphael Hirsch, Zt”l, says that the word letz (scorner) comes from the same root as meilitz (interpreter or spokesman) and melitzah (poetry). “In its less noble meaning, however … the word denotes that pernicious and despicable art of distorting speech. In a false though superficially attractive manner, the letz … mocks or ridicules as idle folly all that is spiritually and morally exalted.”

There is a difference between scorn and laughter. Avraham named his son Yitzchak — “He shall laugh.” To a world of non-believers, the idea that Avraham and Sarah could have a child was preposterous. But the joke was on them.

My grandchildren, who as far as I know, never read my high school year book, also like — even imitate — my laugh.

Once, my daughter Naama was telling me a story about the latest antic of one of the kids and I heard her oldest daughter ask,

I paused a moment … and told Naama, “You know? … I think I would like that on my tombstone.”

You can’t carry a tombstone too far.