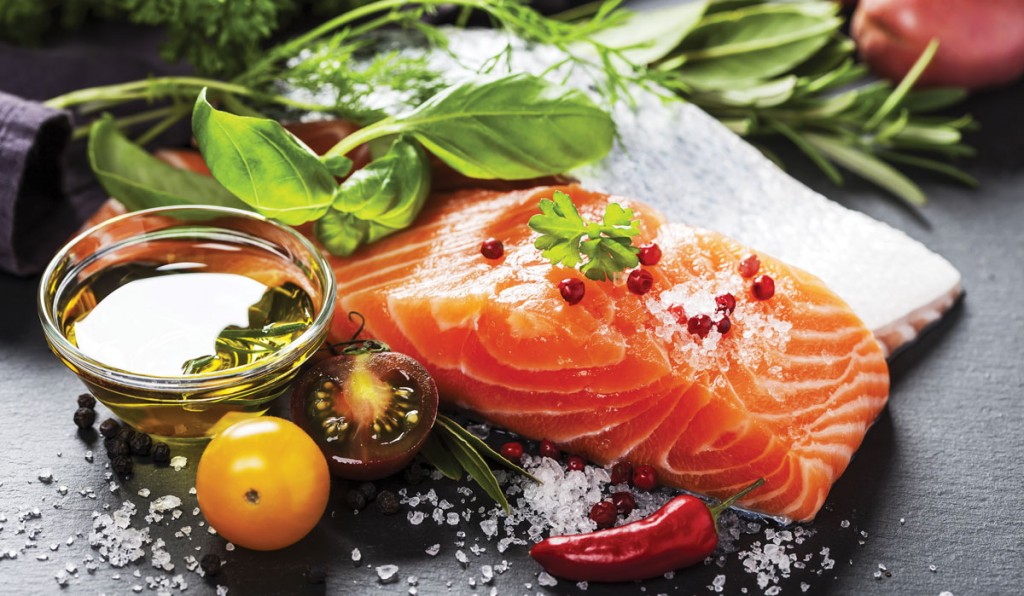 If your typical February night involves searching the kitchen for a snack to lift your spirits, you are not alone. This is prime winter-blues season, the time of year when many of us are plagued with that lethargic feeling that’s like a dark curtain over our mood. An estimated 14 percent of Americans are affected by it — and about another 6 percent have the more severe condition called seasonal affective disorder (SAD).

But while the typical comfort-food grab that lands you on the sofa with a bag of cookies may provide temporary relief with a rush of sugar into your bloodstream, the following crash only drags you down further. And the inevitable weight gain from eating that way over time makes you burrow deeper into the doldrums.

As a rule, it is best not to turn to food as a way to cope with your emotions — it usually doesn’t help, it just distracts you from dealing with them. But in the case of the winter blues, there is a bona fide food-mood connection, and eating certain foods could maximize your chance of feeling better as you wait for the spring thaw.

One clue for beating the blahs this time of year can be found in Iceland. It has an extremely dark winter, yet the people there have virtually no seasonal affective disorder. When scientists looked into why, they pinned it on the fact that Icelanders have one of the highest per-capita fish consumptions of any population, more than quadruple that of Americans. That means they are getting a lot of omega-3 fats, which have a critical role in brain health and documented mood-stabilizing and anti-depression effects.

Take-home message: Herring makes you happy. Actually, herring and other fatty fish such as salmon, trout and sardines are all top sources of omega-3s. A mere three-ounce portion of salmon provides a day’s worth of the essential fat, for example. Other types of seafood, such as tuna and flounder, have these good fats as well, so whatever kind you enjoy, aim to get at least two seafood meals a week. You can also get omega-3 fats from flaxseed, walnuts and green leafy vegetables, but the type they contain (called ALA) is not as potent as that in fish (DHA and EPA).

Fish is also the No. 1 food source of vitamin D, called the sunshine vitamin because our bodies are able to make it when exposed to the sun’s rays. Low levels of this essential nutrient are linked to depression and connected to seasonal affective disorder. In the winter, not only is there less sun, we also tend to hunker down inside, giving our bodies little chance to make the vitamin. After several weeks, especially if we are not eating well, our stores can become depleted, and that may affect our mood.

Getting outside, even for a little while and even if it’s cloudy, could make a difference in your body’s ability to generate vitamin D. Not to mention, there is plenty of evidence that walking outdoors and being active in winter improves one’s sense of well-being.

But it’s also important to focus on eating more vitamin D-rich foods. That three-ounce piece of salmon so chock-full of feel-good fat also provides the full daily value for vitamin D, and other fish does the same. Milk, which is fortified with the nutrient, is another excellent source, and egg yolk has a good amount, too.

One main symptom of SAD is craving carbohydrates, because they trigger the release of serotonin in the brain and bring on a feeling of calm contentment. But rather than fall into the snack-attack trap, you can take advantage of this effect in a healthy way by focusing on good-for-you carbohydrates in smart portions, especially in the evening when the bluesy symptoms tend to be the strongest. Rather than just going on an open-container carb bender, plan and portion out an evening snack of, say, a sliced pear sprinkled with cinnamon, a small bowl of popcorn or some whole-grain crackers with jam to give you the lift you need, in a healthy way.