Columns Nutrition Buckwheat Is Making a Comeback, and Not Just in Pancakes
Nutrition 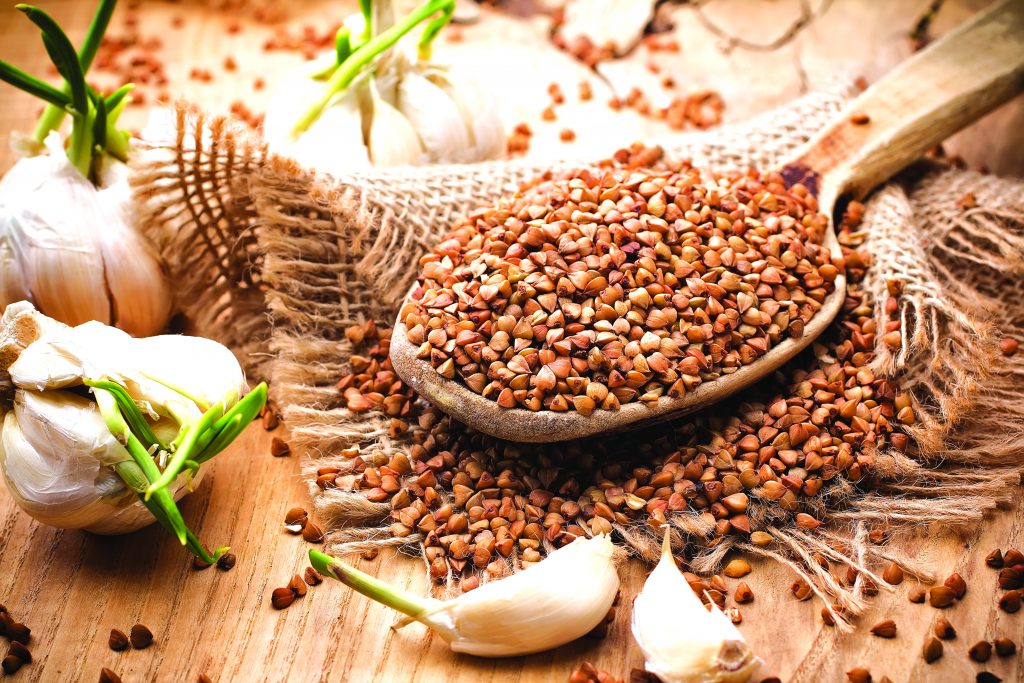 When I was a kid, the only food I hated almost as much as my mother’s tuna fish casserole was my dad’s buckwheat pancakes.

Sour and kind of smelly, just one bite of those purplish cakes was enough to convince me they were disgusting. “It’s an acquired taste,” my dad tried to tell me, unsuccessfully. No amount of cajoling would change my mind.

It wasn’t until decades later, on a leaf-peeping trip to West Virginia’s Coopers Rock State Forest, that I took a long-overdue second bite at a local cafe, and realized what I’d been missing. Were they ever delicious.

Dad was born in West Virginia, so it makes sense he enjoyed a lifelong attachment with buckwheat. It’s the star of a three-day fall festival in Preston County that originated in 1938 to celebrate what was then known as an “insurance” or “catch” crop. Easy to cultivate even in rough soil, farmers could count on high yields with low effort. Buckwheat grows so fast that it chokes out weeds without the need for pesticides, and it doesn’t attract insects except for honey bees.

But for many more of us, buckwheat is an unfamiliar food — unless you’re talking pancakes — despite it being one of the earliest crops to be planted in the United States.

Domesticated thousands of years ago in Asia, where it’s still processed into noodles, buckwheat eventually made its way to Eastern Europe, where it was used for porridge and savory crepes. Dutch colonists brought it to the U.S. shores in the 1600s along with tobacco, and such was its popularity that by the turn of the 20th century, more than a million acres of buckwheat were being harvested each year.

Wheat and corn would eventually push buckwheat into the background, but it never fell completely out of favor. It did have something of a PR problem, though.

John McMath, who heads the National Buckwheat Institute, thinks it might have had something to do with the buckwheat pancake mixes of old. Because they included a lot more husk, the cakes had a deep, dark color and more pronounced nutty flavor.

“People would taste it, and it was not as acceptable as wheat,” he says.

Then, as gluten-free diets gained popularity in the past couple of decades, that started to change.

“We’ve seen major growth in the last few years as people recognize all of its benefits,” says McMath, who also is a former director of Birkett Mills in upstate New York. The company mills more than 95 percent of all the buckwheat in the country. So much so, the mill now runs around the clock, seven days a week, using less hull for a lighter product. Even the Culinary Institute of America in Hyde Park, N.Y., has it on the menu, he says.

Despite having the word “wheat” in its name, buckwheat is actually a teardrop-shaped seed, and therefore is naturally gluten-free. Botanically speaking, it’s a fruit that’s related to rhubarb even though the Whole Grains Council and the USDA consider it a whole grain.

Buckwheat is most familiar as a flour with which to make pancakes, crepes, muffins or quick breads. But you also can buy the whole, intact seeds with the hull removed (groats) or toasted groats (known as kasha) or a processed hot cereal called “cream of buckwheat.” When ground into flour, it gets its dark color from the husks that are ground into the mill along with the seed inside the kernel.

The Japanese soba noodles are made of buckwheat. It’s also a main ingredient in savory French galettes and traditional Russian blini, the canape-sized yeasted pancakes served with sour cream and heaps of caviar and/or smoked fish. In addition, buckwheat can be used in cold salads and hot casseroles with the groats, along with soups, skillet dishes, pudding, chili and even burgers.

On the nutty side, buckwheat can be switched out for wheat, barley or rye to brew gluten-free beer, such as Rogue Ale’s Buckwheat Ale. Ice cream manufacturers, too, have been known to use buckwheat in their products on occasion.

Those who are not looking to go wheat free still long for it because it’s a nutritional dynamo that’s one of the best sources of balanced plant-based protein. High in B vitamins and able to dish up a decent amount of fiber, buckwheat is low-cal (around 90 calories per cooked half cup) and extremely low-fat. It’s also rich in essential nutrients such as zinc, manganese and copper.

The carbs in buckwheat are digested more slowly than with regular wheat, so you’ll feel fuller for longer. That slow release of energy makes it a perfect food not only for adult-onset diabetics but also endurance athletes. Cheap and versatile buckwheat is believed to help lower cholesterol, too.

“And it will help keep you warmer in winter,” McMath says.