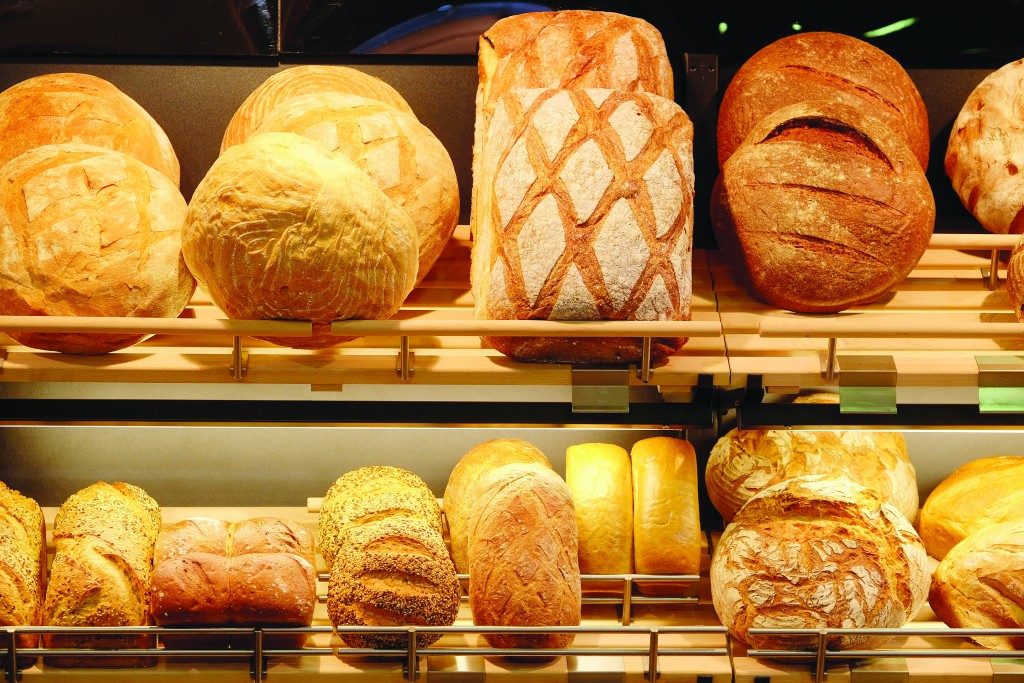 (The Washington Post) – This is a primer on how to eat bread. Maybe that sounds like an inane exercise because you’ve been eating copious amounts of it all your life. Or maybe you have recently sworn off it completely, avoiding the restaurant bread basket like a great peril. But these common extremes are testament to why we need to rethink our approach to this ancient staple and learn how to get the most out of it, for both sensory pleasure and nutrition.

Despite all the anti-carb clamoring, bread can be very healthy, particularly if it is made with whole grains. One ounce of whole-wheat bread provides significant fiber, protein, B vitamins and essential minerals including calcium, iron, magnesium and zinc, as well as antioxidants, all for just 70 calories. Even white bread, which is often demonized as equivalent to sugar because of the similar way it spikes blood glucose, offers more than just empty calories because of the vitamins and minerals in the enriched flour it’s made with (though it’s certainly not the healthiest choice).

The problem many of us face with bread is twofold: First, it is all too easy to overeat, throwing our diets off balance and padding them with unwanted calories. Second, the kinds of bread we choose are often sub-par — soft, bland, additive-laden white breads. A bagel for breakfast, a sub sandwich for lunch and a couple of soft rolls with dinner — this is not an uncommon pattern, yet it adds up to double the six ounces a day for all grain foods recommended by the Agriculture Department for most adults. But that doesn’t mean you should pass on bread entirely. It is time to get out of the extremes and learn to enjoy it in a balanced, healthy and satisfying way. Following these three simple steps can help you get there:

Taking a “qualitarian” approach to bread eating — that is, saying no to so-so and opting instead to eat only top-notch bread — has both taste and nutritional benefits. You generally know good bread when you see it. It tends to have a caramelized, well-developed crust or crisp exterior, an enticing aroma and a fresh, not-quite-uniform appearance. But it’s what’s inside that really counts.

Mark Furstenberg, Washington baker and owner of Bread Furst, says good bread is made with simple ingredients: “If you pick up a packaged bread and see anything other than flour, water, salt, yeast and maybe some honey, put the package down,” he says. Many industrially produced breads are riddled with unpronounceable additives — dough conditioners, gums and preservatives — that serve to speed up the bread-making process and extend shelf life. But the best loaves are a true slow food, produced with a few basic ingredients and requiring extensive fermentation time. (They won’t last forever in your cupboard, but they freeze well.)

This old-world process makes all the difference in both taste and health. “With long-fermented breads, the diner gets the taste of the grain rather than the taste of yeast. Fermented grain is what bread is supposed to taste like,” Furstenberg says. Health-wise, the fermentation process changes the starch in the bread, making it more slowly digested and, in turn, reducing its effect on blood sugar. It also makes the minerals in the bread more readily absorbed. This effect is most prominent in sourdough breads, which are highly fermented. Also, when a bread is made this way, it has a chew to it, so you automatically eat it more slowly, building in a measure of portion control and tempering the rise in blood sugar.

The type of grain used is important, too, and whole grain is best not only for its nutritional value but also for flavor. All but two of the breads at Furstenberg’s bakery have whole grain in them. “My personal tastes have changed to whole-grain breads, because to me they are so much more interesting,” he says.

La Brea Bakery, the No. 1 artisan bread brand in the country, uses an heirloom variety of wheat called Fortuna in its new Reserve line. The bread is made with whole grain and is fermented in multiple stages. Brand manager Andrew Blok says: “Fortuna is farmed for depth of flavor, producing the best-tasting bread. You can actually taste the grain, taste the nuttiness and heartiness of it. It tastes old-world.”

Blok’s reference to “old-world” harks back to a larger theme of enjoying bread in a similar way that you might drink wine. The packaging of La Brea Bakery’s new line has several elements that echo a wine label: Besides the name “Reserve,” it also includes the origin and vintage of the grain and provides tasting notes on the back. More than a charming marketing detail, it reflects a respect for the craft of bread-making and offers a perspective that can help us reframe our bread-eating habits for the better.

Approaching bread with the same appreciation as you approach wine means using all of your senses when you eat it, not just gobbling it mindlessly. Next time you eat a piece of bread, take a moment to experience it fully. Observe the color and thickness of its exterior and the density of the crumbs. Listen for the cracking of the crust when you break it. Take a whiff of it, note its aroma, and when you take a bite, let its subtle flavors unfold as you chew.

Slowing down and savoring your food helps you eat less and enjoy more, no matter what you are eating, but it could be an especially helpful tool for finding balance with bread.

Choosing chewy, whole-grain breads made with simple ingredients and enjoying them slowly means you are getting the most flavor and nutrition and building in speed bumps to prevent overeating. Rethinking how you serve bread in the context of your meals can help you find a better balance as well.

Instead of making bread the main player, give it a supporting role on the plate. That means making open-faced sandwiches or toast piled with vegetables and healthy protein. Cut loaves into thin slices, rather than thick. If you have a food scale, weigh a slice of the bread you buy (or, if packaged, get that information from the label) so you have a sense of what a one-ounce portion looks like, and keep that in mind when you serve yourself. In a restaurant, ask for the bread basket with the entrée, not before, so that rather than filling up on it, you can enjoy it as an enhancement to the rest of the meal.

Isn’t it nice to know you don’t have to forgo it entirely?