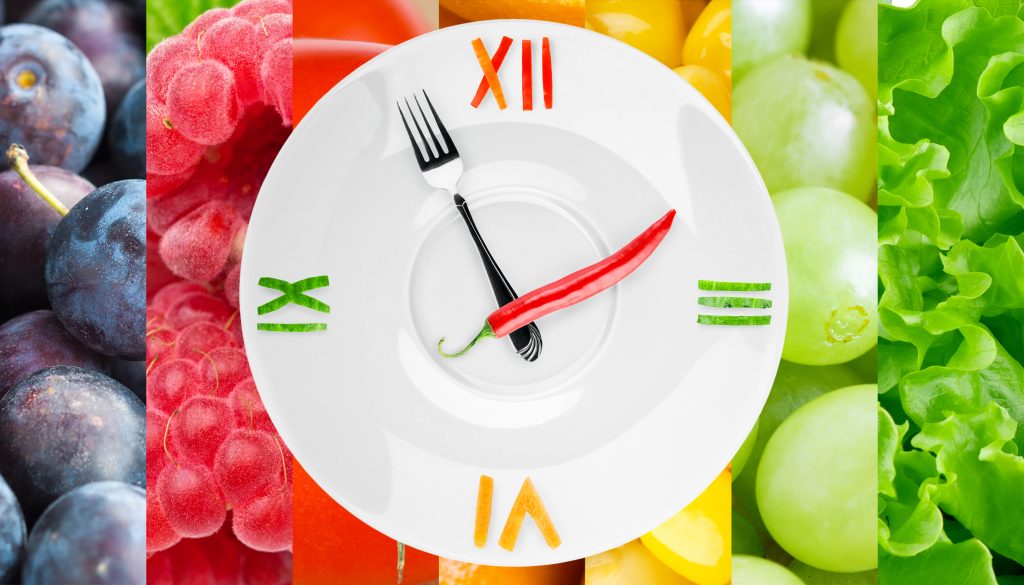 For the first time in its 93-year history, the American Heart Association has released a “scientific statement” on meal timing and frequency, and how they can affect weight and cardiovascular disease. The advisory committee behind the statement — a mix of physicians and nutrition researchers — note several reasons for the review’s importance now. These include rising rates of obesity, heart disease and diabetes, as well as increased professional and popular interest in meal-timing topics.

For example, is breakfast good or bad for health and weight control? Does fasting reduce body weight? Can it improve glucose control? What about calories consumed after dinner?

“Americans have an around-the-clock lifestyle, so food consumption also occurs at nearly all hours,” says Marie-Pierre St-Onge, associate professor of nutritional medicine at the Columbia University Medical Center and chair of the AHA committee. “Animal studies have shown that this can have adverse effects on health. Now is the time for studies on optimal food consumption times for humans.”

In general, the 27-page AHA statement concludes that breakfast remains an essential daily meal for optimal well-being. The advisory group also says it thinks that intermittent fasting holds promise for weight loss. Intentional planning of meals and snacks can maximize the benefits of healthy food consumption while minimizing pitfalls such as excessive snacking and late-night consumption.

Meal timing makes a difference, the advisory committee notes, because the body has a system of internal “clocks” that regulate all aspects of metabolism. Many of these clocks are more affected by food consumption than by daylight and nighttime. For example, experiments have shown that mice gain more weight and develop more diseases when fed around the clock than when fed only in a “window” of nine to 12 hours. This occurs even though total calorie consumption remains the same in both conditions.

On key aspects of meal timing and frequency, the committee made the following observations:

Twenty to 30 percent of Americans don’t eat a traditional breakfast. This proportion is still increasing, and it parallels the rise in obesity rates. In one study of 20- to 39-year-olds, those who regularly consumed a breakfast cereal were 31 percent less likely to be overweight or obese. Also, three large-group studies have shown significantly lower diabetes rates among breakfast eaters. “We have strong population evidence of an association between breakfast consumption and health,” says St-Onge.

Interest in this popular weight-loss approach has mushroomed so much that it’s challenging to track all the new diets. The phenomenon has grown too fast for science to keep up. Still, some early results are promising. If a fasting plan reduces overall calorie consumption, subjects should lose weight and reduce glucose concerns. Every-other-day fasting produces better results than 5:2 fasting.

A big caveat: Nothing is known about long-term success and health outcomes linked to intermittent fasting. “Anyone interested in fasting should make sure they are following an evidence-based approach,” says Penny Kris-Etherton, an advisory group member and distinguished professor of nutrition at Pennsylvania State University. “There are too many people doing fasts in ways not supported by science.”

The idea of “grazing” one’s way through the day has long had advocates who claim the practice can increase energy and decrease hunger. However, the AHA council found little support for the strategy, at least in research documenting weight loss and health enhancement.

There have been a number of small studies with impressively bizarre designs — 17 mini-meals a day? — but not enough to reach a strong conclusion. The committee notes that day-long eating “may not be useful for decreasing body weight or improving cardiometabolic risk factors.” Kris-Etherton adds, “This approach can make it too easy for people to over-consume total daily calories, and may also disrupt the central and peripheral clocks.”

Several large-group studies have shown increased obesity, metabolic syndrome and chronic inflammation among those consuming calories late in the day vs. earlier. Men who fall asleep at night and then wake up for a snack face particular risks — a 55 percent increase in heart disease. In one study, on the other hand, subjects who maintained the same total daily calories, but moved 300 calories a day from dinner to breakfast (to do this, they literally ate chocolate and ice cream for breakfast) managed to lose an average of more than 45 pounds in 36 weeks. However, the results of this study are complicated by the low-carbohydrate, high-protein diet it used.

Several small studies with narrow daytime eating windows have produced positive results. “Restricting the period of time during which food consumption occurs could be a promising method for weight management,” the committee notes.

The AHA advisory committee emphasized that its statement is intended to summarize current knowledge and set a baseline for future findings. “Research on meal timing and frequency is in the early stages, with mixed data at this point,” St-Onge says. “We recommend the scientific community conduct more research to address the gaps.”