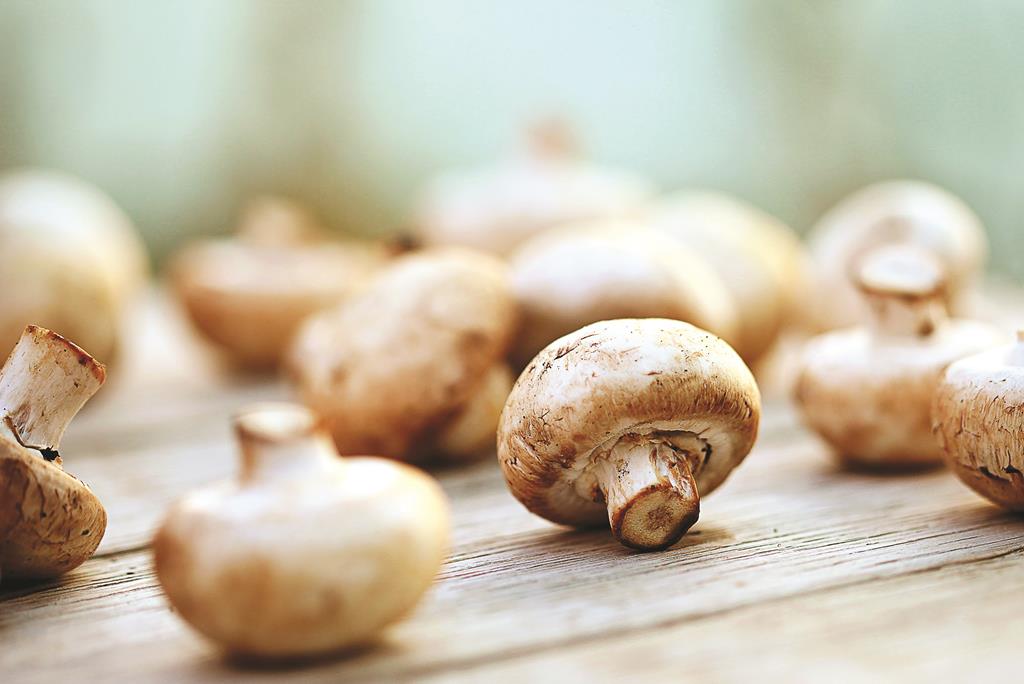 If you have a question about mushrooms, Bart Minor is your guy. As the president and chief executive of the Mushroom Council for 16 years, he has a stunning depth of knowledge about edible fungi and an alarming enthusiasm about them. Minor could talk forever about enokis (did you know they are grown in plastic bottles?), industry sales (a record $1.1 billion for 2012–13 in the United States) or nutrition (mushrooms are the only item in the produce aisle containing vitamin D).

But Minor is particularly excited about what he sees as the latest miracle of mushrooms: their ability to mix with and boost the flavors of ground meat in foods such as burgers and chili, while simultaneously cutting calories, fat and costs. A sensory study funded by the council, to be published in the Journal of Food Science this fall, showed that consumers generally preferred meat-mushroom blends in tacos over a 100 percent beef filling, citing increased aromas, flavors and moisture.

Clearly, Minor has skin in the game. If chefs and restaurant operators see what the industry calls “blendability” as an easy way to serve more-healthful food, his members are going to sell a lot more mushrooms. But then, the man does have a point. In an industry that thrives on giving customers what they want, the best way to get people to improve their diets is to find healthful foods that don’t taste like a sacrifice.

Mixing meat and mushrooms, Minor admits, is hardly a novel idea. Beef dishes such as Wellington and stroganoff are classics because the pairing with mushrooms is a natural one. But positioning blends as a healthful and more eco-friendly alternative is new. The evidence is compelling: Substituting mushrooms for just one-quarter of a recipe’s beef content reduces calories, fat and sodium by about a third.

Chefs at the CIA in Napa, Calif., worked to develop recipes that substituted mushrooms for ground beef. At an early tasting, Minor says, the dishes “tasted good, but the texture was wrong.” For a follow-up, chefs quartered button mushrooms, cooked them, then minced them to mimic the texture of ground beef. “That,” he says, “was the AHA! moment.”

The technique can be applied in any kitchen. Among the most enthusiastic adopters have been school cafeterias. In 2010, Congress passed tougher federal nutrition guidelines governing school meals, and food-service directors have been scrambling to find ways to cut back on calories and fat and to add more vegetables. With uncharacteristic speed, institutional suppliers brought meat-mushroom patties to the market. Next fall, the patties will be available in cafeterias that serve more than 4 million children in five states, including Maryland.

Corporate cafeterias are embracing the strategy as well. The Navy Federal Credit Union in Vienna, Va., feeds 1,800 people a day. Its customers are looking for comfort food; something they can eat quickly or take back to their desks that they know will satisfy them. At the same time, “they are constantly being told to eat healthier. And most of the time, they don’t know how,” says the cafeteria’s executive chef, James Foley. “They think ‘healthy’ is low-fat cottage cheese.”

And so, several months ago, Foley began replacing about 25 percent of ground beef with mushrooms in recipes such as meatloaf. “Mushrooms introduce moisture and a lighter texture. It’s all the things you want in a nice meatloaf, with less calories.”

Even though the Mushroom Council study found that consumers preferred a 50–50 blend of beef and mushrooms over the all-beef taco filling, some fine-dining chefs — many of whom have been using that technique for years — say 20 percent mushrooms is about the limit before the dish starts to taste too much of mushrooms.

“The bottom line is that people in America love burgers. People know they are supposed to eat more fruits and vegetables. If we are actually going to change things for them, we need to improve the things they eat most often,” says Minor.