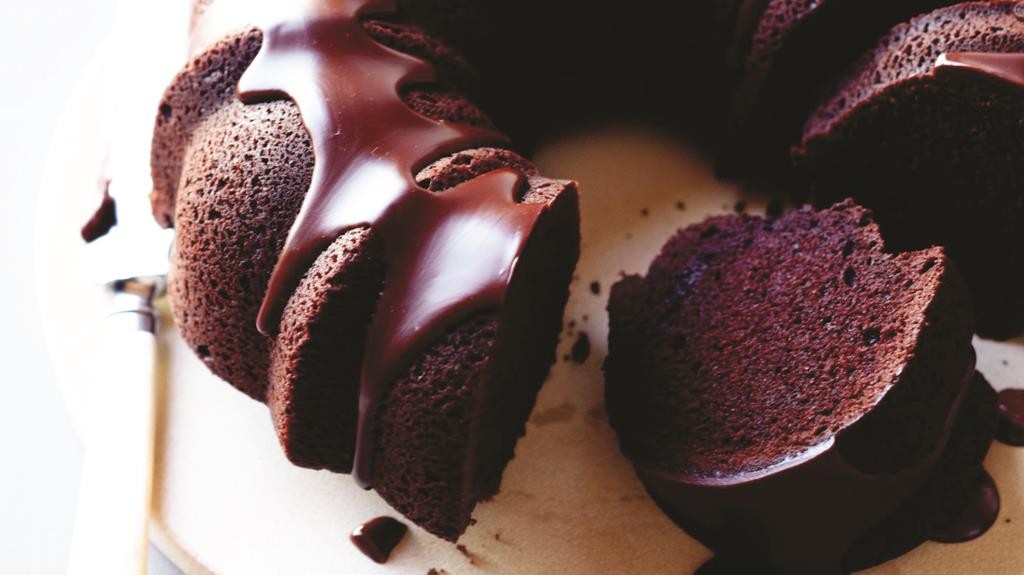 Did you know November 15 is National Bundt Cake day? Even though we missed it, we can still celebrate!

A Bundt cake can be any cake that is baked in a Bundt pan, forming it into a distinctive ring shape. The shape of the Bundt pan was originally inspired by the traditional European fruit cake known as gugelhupf.

It was in the 1950s and 1960s that this style of baking pan was popularized after cookware manufacturer Nordic Ware trademarked the name “Bundt” and started producing Bundt pans made from cast aluminum. There are similar pans that are sold as “fluted tube pans” or other similar names but, typically, everyone refers to all fluted pans with a hole in the center as “Bundt.”

Due to the difficulty of frosting a ring-shaped cake, Bundt cakes are typically served undecorated, glazed or dusted with confectioners’ sugar.

In the beginning, the Bundt pan did not sell well and Nordic Ware considered discontinuing it. But in 1963, after the Bundt pan was mentioned in a popular cookbook, sales increased. Demand sky-rocketed in 1966, when a Bundt cake called the “Tunnel of Fudge” took second place at the annual Pillsbury Bake-Off, earning the winner a $5,000.00 prize. The publicity from the Bake-Off resulted in more than 200,000 Bundt pan requests.

To date, Nordic Ware has sold more than 60 million Bundt pans across North America. That’s a lot of cake!

To mark the 60th anniversary of the Bundt pan, the company and the state of Minnesota designated November 15 as National Bundt Day.

Try one of our tasty recipes to celebrate the Bundt — even if we did miss the actual “holiday”!

The best part of this recipe is that it makes two cakes — one for now and one for the freezer!

Bake 1 hour or until the cake springs back when pressed. Remove from oven and cool completely.

Turn out of the Bundt pan once it has cooled enough to hold it easily.

Mix glaze ingredients until no lumps remain. Pour over the two cakes. Allow it to set.

If you like cinnamon, this cake is a great way to load up on that warm spice. This sweet, moist cake is layered with a brown sugar and cinnamon crunch.

In your mixer bowl, cream butter and sugar until smooth. Add eggs and vanilla and mix until well combined. Mixture may appear curdled — not to worry, it will become smooth once the dry ingredients are added.

Bake for 45–50 minutes or until a cake tester inserted in the center of the cake comes out clean. Remove from oven and cool.