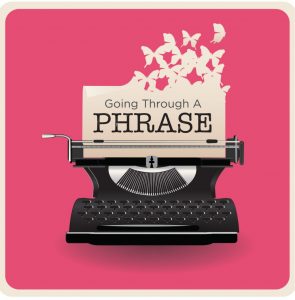 Oxford Dictionaries’ Casper Grathwohl described WOTY as a word capturing “the zeitgeist, that defining spirit or mood of the moment.”

Mercifully, Oxford’s WOTY committee opted to stay away from such obvious choices as “Trump” and “tweet,” as being overly political. Yet, they imported a term that reflected the seismic effect of young people on the recent British election.

“Youthquake,” Grathwohl explained, is “defined as a significant cultural, political, or social change arising from the actions or influence of young people.”

Shades of the ’60s. It’s déjà vu all over again. The ’60s saw a glorification of youth as if it embodied some inner quality, rather than a chronological stage we pass through. Some people of my generation believed that being young automatically meant being innocent and uncorrupted. In what might be the most audacious slogan of all time, counterculture leaders proclaimed “Don’t trust anyone over 30!”

But, as Mark Twain said, “One gets large impressions in boyhood, sometimes, which he has to fight against all his life.”

Dictionary.com came out earlier with its choice of Word of the Year — one less optimistic. I’d call it lexicography noir.

Their word of the year is complicit. Unless you’re a lawyer, or on a collusion course with the media, you may wonder who’d be interested in such a legalistic term.

(Detour: I had my own experience with collusion. Some winters back, my wife and I were riding along an icy stretch and a car coming the other way spun out of control. On its third spin, it slammed into us and sent us careening — right into a parked 18-wheeler. We caromed off one of its huge tires, which absorbed some of the impact. Then my wife managed to bring the car to a stop. Miraculously, thank G-d, we weren’t hurt.

Within minutes, two young fellows showed up and asked if we needed help. Coincidentally, they ran an auto body and collision shop and “were just passing by.” Later, in their car, I heard the crackle of a police radio and realized their business involved as much collusion as collision. But I digress. …)

In announcing their choice of word of the year, Dictionary.com said:

“It’s time for us to reflect on the words that impacted all of us this year — for better or for worse. At Dictionary.com, the Word of the Year serves as a symbol of the year’s most meaningful events and lookup trends.”

(Before I get to their explanation, I can’t resist indulging in nitpicking. In Garner’s Modern English Usage, Bryan Garner included using “impact” as a verb in his list of vogue words to avoid. A better choice would be affect or influence. “If affect as a verb is not sufficiently straightforward in context, then the careful writer might use ‘have an impact on,’ which, though longer, is probably better than the jarring impact of impacted. Reserve impact for noun uses and impacted for wisdom teeth.”)

“Complicit,” Dictionary.com said, “means ‘choosing to be involved in an illegal or questionable act, especially with others; having partnership or involvement in wrongdoing.’ Or, put simply, it means being, at some level, responsible for something … even if indirectly.”

Complicit is in cahoots with collusion and conspiracy. Someone who is complicit is an accomplice. Draw your own collusions.

Then, in a slippery segue from lexicography into politics, Dictionary.com spread aspersions and accusations; insinuations and incriminations … like so much rock salt, hoping for a meltdown. In its closing statement, the prosecution sneeringly quoted the president’s daughter:

“I don’t know what it means to be complicit.”

According to Garner’s Dictionary of Legal Usage, the meaning of complicity “has been extended to include guilt based upon induced conduct of an innocent person. … That broadening of sense is probably a desirable one because the conceptual subtlety involved is unlikely to give rise to a widely adopted verbal subtlety.”

But Dictionary.com judged differently: “When the meaning of words is called into question, people turn to Dictionary.com as a source of truth. Traces of that quest for truth show up in our trending lookup data.”

OK, I admit it. I have a hard time with people and entities that take themselves too seriously. And, frankly, I have a different “source of truth.”

Ain’t it the truth?

After the prosecution rested its case, Dictionary.com went on to reveal their runner-up choice for WOTY, and proclaimed “Climate Change Is Real.”

Al Gore, take heart; all hope is not lost. Demand a recount. You have one more vote.