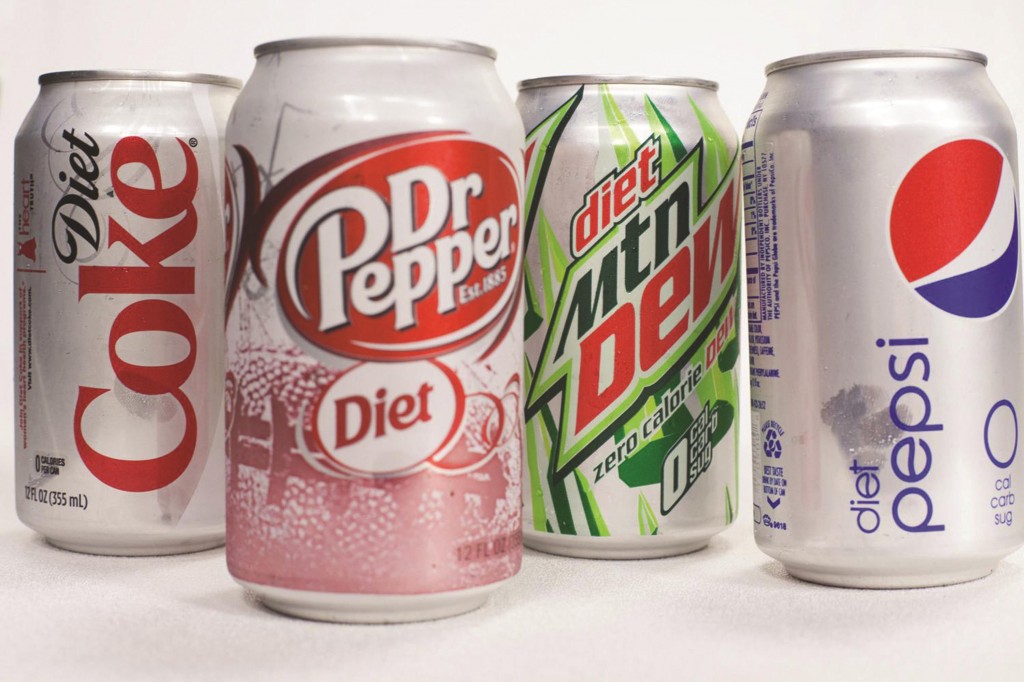 Scientists studying the effects of artificial sweeteners in mice and humans say they have found that eating them may increase the risk of developing glucose intolerance, a risk factor for diabetes.

In work that raises questions over whether artificial sweeteners — widely seen as “healthier” than sugars — should be reassessed, the researchers said the substances altered the balance of microbes in the gut linked to susceptibility to metabolic diseases like diabetes.

“In our studies we found that artificial sweeteners may drive, or contribute to… an exaggerated elevation in blood glucose levels — the very same condition that we often aim to prevent by consuming them,” said Eran Elinav of the Weizmann Institute of Science in Israel, who co-led the work.

Calorie-free artificial sweeteners are widely used in foods and drinks such as diet fizzy drinks or sodas and sugar-free yogurts and desserts and are recommended for weight loss and for treatment or prevention of diabetes.

Nutrition and metabolism experts who were not involved in Elinav’s studies said the results were intriguing, but were mainly focused on mice, were very preliminary and should not trigger changes in recommendations on so-called non-caloric artificial sweeteners (NAS).

“This research raises caution that NAS may not represent the ‘innocent magic bullet’ they were intended to be to help with the obesity and diabetes epidemics, but it does not yet provide sufficient evidence to alter public health and clinical practice,” said Nita Forouhi, program leader at the Medical Research Council’s epidemiology unit at Cambridge University.

Rates of obesity and diabetes are reaching epidemic proportions worldwide, and advice to cut down on sugar intake as part of a more healthy diet is often accompanied by recommendations to replace sugary drinks with “diet” or “light” versions that use artificial sweeteners instead.

Elinav’s team conducted a series of experiments in both mice and humans, repeating them several times to check their results. They used three common artificial sweeteners — saccharin, sucralose or aspartame.

They found that mice whose drinking water was supplemented with glucose and a sweetener developed marked glucose intolerance compared with mice drinking water alone, or water with just sugar in it. The artificial sweeteners exert this effect by altering the balance of gut microbes, they said.

Moving on to human studies, the researchers analyzed around 400 people and found that the gut bacteria in those who consumed artificial sweeteners was significantly different from those who did not. They also found NAS eaters had “markers” for diabetes, including raised blood sugar levels and glucose intolerance.

The scientists then put seven volunteers who did not normally consume artificial sweeteners on a controlled seven-day diet of high NAS intake, and found that after only four days their blood glucose levels were up and the composition of their gut bacteria had also changed, mirroring the results in mice.

“These results indicate that non-caloric artificial sweeteners may exacerbate, rather than prevent, metabolic disorders such as glucose intolerance and diabetes,” the team wrote in their study in the journal Nature on Wednesday.

Naveed Sattar, a professor of metabolic medicine at the University of Glasgow who had no direct involvement with Elinav’s research, said the finding in the mice experiments was interesting, “but we have to remember two important things.”

“Animal data for many experiments do not show the same effect in humans, which can sometimes be quite the opposite,” and “current epidemiological data in humans do not support a meaningful link between diet drinks and risk for diabetes, whereas sugar-rich beverages do appear to be associated with higher diabetes risk.”

“So, these findings would not make me choose sugary drinks over diet drinks,” he said.