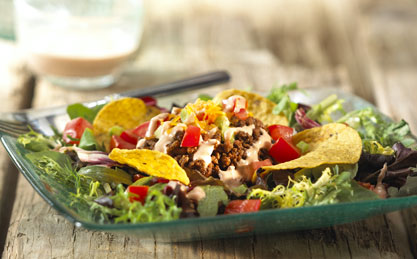 Ketchup as we know it today originated in Asian culture. It was originally a spicy, pickled fish sauce made of anchovies, walnuts, mushrooms and kidney beans. It dates back hundreds of years, was called ke-tsiap or kecap and was popular in 17th-century China. British seamen brought ke-tsiap home with them where the name was changed to catchup and then finally ketchup. Ketchup started out as a general term for any type of sauce made of mushrooms, herbs and spices. Some early ingredients included cucumbers, berries, lemon juice, celery and grapes. Mushroom ketchup is still available in some countries, and banana ketchup is popular in the Philippines.

It wasn’t until the late 1700s though that New Englanders added tomatoes to the blend. In 1824, a ketchup recipe using tomatoes appeared in The Virginia Housewife — an influential 19th-century cookbook written a cousin of Thomas Jefferson.

Tomato ketchup began its rise in popularity in the United States, due mostly to the American enthusiasm for tomatoes. Tomato ketchup was first sold locally by farmers.

Henry J. Heinz began making ketchup in 1876 and his recipe remains the same to this day. Heinz tomato ketchup was advertised: “Blessed relief for Mother and the other women in the household!” By 1992, yearly ketchup sales reached $723 million. In October 2000, Heinz introduced colored ketchup which eventually included green, purple, pink, orange, teal, and blue. These products were made by adding food coloring to the traditional ketchup. But Americans remained true to the original and as of 2006 these products have been discontinued.

When HJ Heinz Co. began advertising the health benefits of consuming ketchup, nutritionists were up in arms. Their campaign was a result of several studies that found eating cooked tomato products decreased the risk of certain type of cancer. Tomatoes contain lycopene, a powerful antioxidant. Lycopene is better absorbed from cooked tomato products. But, adding ketchup to burgers and French fries will not make them into health foods.

In the 1980’s ketchup was declared a vegetable by the government for school lunch menus; a fact that is still ridiculed by nutritionist until today.

Ketchup is one of the few foods that wakes up all our taste buds, from sweet to salty to sour to bitter. That must be the reason for its everlasting popularity. You may use it simply to dress up your burger or dunk your fries, but ketchup add flavor to lots of other dishes and can be found in many recipes.

Heat the oil in a skillet over medium heat. Add onion, pepper, cumin, and oregano. Sauté for 5 minutes.

Crumble in beef and thoroughly cook. Stir in ketchup and simmer for 2 minutes. Remove from heat.

Arrange greens on a large platter. Top with a layer of taco chips.

Spoon meat onto chips. Sprinkle with tomato and scallions.

Combine all ingredients in a small saucepan. Bring mixture to a boil. Turn down heat and simmer 5 minutes or until thickened.