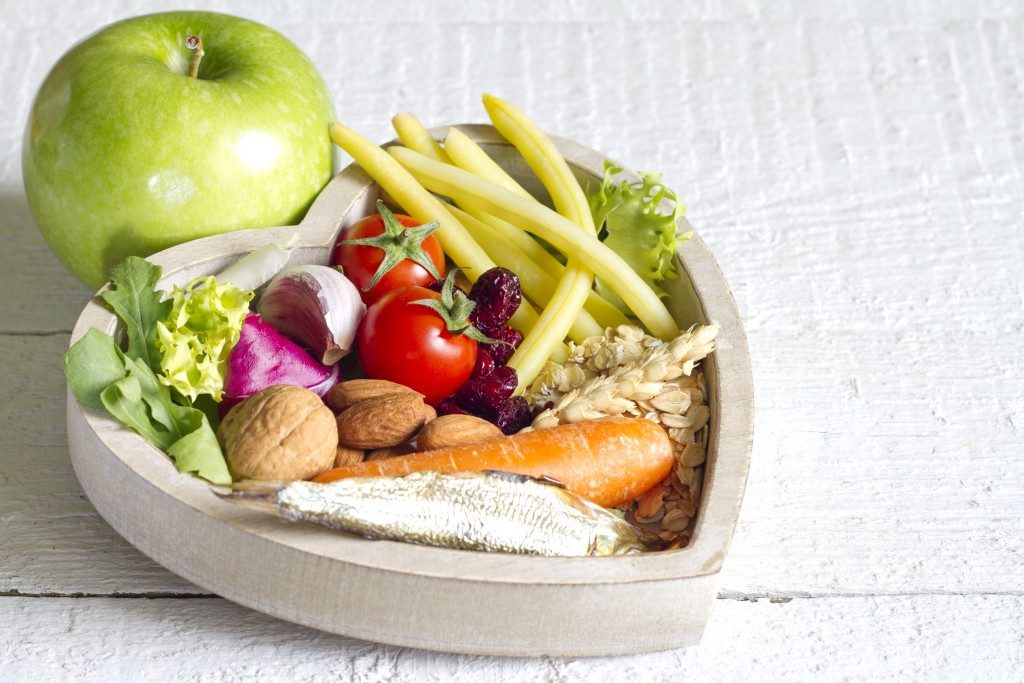 Last year was all about plant protein, sprouted foods and healthy fats. People may now be focused on eating to prevent and manage health conditions such as Alzheimer’s disease and boosting digestive health.

This year’s Food & Nutrition Conference & Expo was held in Chicago and brought more than 13,000 nutrition professionals together to learn about food and nutrition research and innovation.

Here are the top food and nutrition trends you’ll see ahead.

Why it’s a trend: Healthy fats are in, and in 2018 we’ll home in on omega-9s (also known as monounsaturated fats) for their potential to regulate blood sugar levels and promote a healthy weight.

Where you’ll see it: Algae has been touted as a superfood in its own right, but the newest use for algae is in the production of omega-9 cooking oil. The process doesn’t use genetically modified organisms or chemical extraction, further broadening its appeal. Algae oil is high in heart-healthy monounsaturated fats and low in saturated fats. It has a high smoke point of 485 degrees, which means you can use it in baking, roasting and sautéing.

So what does algae oil taste like? It’s completely neutral and odorless, so you can use it in any recipes where you want healthy fat without changing the flavor of the food.

Why it’s a trend: Probiotics have been a hot topic in the nutrition world for several years. They’re bacteria that provide health benefits such as better digestion and a stronger immune system. With plant-based eating becoming increasingly popular, people are looking for probiotic sources beyond yogurt and kefir.

Where you’ll see it: Dairy-free probiotics come in tasty shots, juice, infused drinks and bars so you can get your daily dose of good bacteria any way you like. Many offerings feature bacteria strain Lp299v, which has been scientifically proven to survive stomach acid and arrive safely in the intestines, where it can colonize in the gut. In other words, these probiotics go beyond “live and active cultures” — they survive and thrive to give you health benefits.

Why it’s a trend: It’s fantastic to introduce healthy bacteria into your digestive tract, but you also need to provide the right fuel to help those good bacteria thrive. That’s where prebiotics come in.

Where you’ll see it: Expect to find chicory root fiber in a variety of foods, including nutrition bars, yogurt, smoothies and oatmeal. You can also find it as a powder that can be added to your food and beverages.

Why it’s a trend: Alzheimer’s disease is now being referred to as “Type 3 diabetes” and “brain diabetes,” as both conditions involve insulin resistance and deficiency. In 2018, we’ll be focusing more on the importance of eating for brain health.

Where you’ll see it: A randomized control trial of the MIND (Mediterranean-DASH intervention for neurodegenerative delay) diet is looking into the benefits of a nutrient-rich diet emphasizing foods such as green leafy vegetables, nuts and berries in preventing Alzheimer’s disease. Frozen blueberries are being given to participants because they are rich in antioxidants that may be beneficial for the brain, particularly when it comes to memory loss in aging.

Recent research published in the European Journal of Nutrition found that daily consumption of the equivalent of one cup of fresh blueberries, given as 24 grams of freeze-dried blueberry powder, showed positive changes in cognitive function in older adults over a placebo.

Expect to see blueberry powder as a supplement and blueberries being used to create condiments and sauces in savory as well as sweet dishes.

Why it’s a trend: Getting healthy whole grains on the table has always been a challenge because of longer cooking times. That’s why food companies are coming up with ways to bring us whole grains and pseudograins (seeds that are served as grains) much more quickly.

Why it’s a trend: Stevia continues to rule as the sweetener of choice for people wanting to cut down on sugar or calories. As the demand for stevia grows, so do the product offerings.

Where you’ll see it: Look for stevia as an ingredient in more beverages, baking mixes and condiments as consumers look for calorie- and sugar-reduced versions of their favorites.

Stevia will be mixed with brown sugar, cane sugar and honey by companies such as Truvia to make lower-sugar and lower-calorie options. Because these stevia products are naturally sweeter than sugar, you need to use only half the amount.

Why it’s a trend: Cottage cheese used to be only for dieters because it was seen as plain and, let’s face it, lumpy. Now it’s becoming more popular because we’re all obsessed with finding more ways to pack protein into our meals and snacks. This cousin to Greek yogurt is slightly higher in protein and is mostly casein, a protein that can help you feel full longer.

Where you’ll see it: Some brands make cottage cheese with a texture that melts in your mouth and is sweetened with real fruit and no artificial flavors. Plus it’s low in sugar, with only four grams in the plain version. (The Washington Post)

Brissette is a dietitian, foodie and president of 80TwentyNutrition.com.