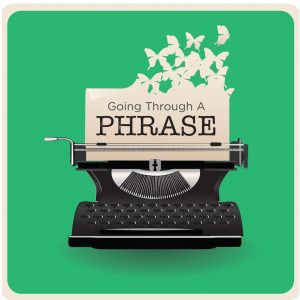 After learning in Ohr Somayach a few years, my friend Yisrael Idels went back into his profession — architecture. Before long, he was drafted into the Israeli army.

During tironut (basic training, literally apprenticeship), he was taught how to throw a hand grenade. Tossing fake grenades wasn’t much harder than little league. But live grenades were something else.

The mefaked (commander) stood at the top of a hill with a supply of grenades. He called the tironim (recruits) one-by-one to run up to him and — as he handed each a grenade — the commander asked, “Yemini? (Are you right-handed?)”

Yisrael, who spoke Hebrew as a second or third language, came trotting up the hill and smiled. The commander, all business, held out the grenade and asked:

Yisrael, all bright-eyed and bushy-tailed, answered,

In 1973, during the Yom Kippur War, my brother Rabbi Nota Schiller took a contingent from Ohr Somayach to an army encampment to celebrate Hakafos Shenios — a second round of dancing with the Torah scrolls after Shemini Atzeres. Following a dirt road around Wadi Kelt, they reached some tents in the middle of the desert.

As he described in vivid present tense, “stark emptiness, except for the presence of the soldiers. We are standing now at the center, which is nothing more than a few communications bunkers dug into the ground and the surrounding tents. We are told that the hills all around are dotted with our men.”

In the wilderness, he was shocked to see, “The first soldiers to greet us, as we pull up in a cloud of dust, are some former neighbors of mine: one, a Yemenite Jew; the other, a chassidic fellow. It seems as if this is the first time I’ve seen the Yemenite fellow in uniform; and my first reaction to the Chassid was that it’s the first time I’ve seen him out of uniform.”

A few days later, I went together with the Rabbis to an outpost near Syria. There was no band this time, but I brought along my guitar. That same guitar came with me under shelling during the Six Day War, when I studied in the forerunner of Yeshiva Ohr Somayach.

My brother and, lbcl”c, Harav Noach Weinberg, zt”l, had a plan to start a program with a seed crew of yeshivah students and later bring in university students. The idea was such an innovation that one person asked in shock, “What are you planning … a factory for baalei teshuvah?”

Alas, that original start-up closed after the war. But it helped generate a movement. The innovation would become the new norm.

The yeshivah was in Talpiot, five minutes from Armon Hanatziv, the U.N. base captured by Jordan on June 5, 1967. When the sirens went off, we followed a plan for the students to go stay with families. We got half a block before our taxi had to stop because of the mortar shells falling all around. We pulled into a senior citizens home, where we worked along with HAGA, Israel’s civil defense, to sandbag the windows. Then we went room to room, bringing the elderly residents to the basement shelter.

All but one man who insisted, “I’ve lived through 50 years of wars. I’m not sleeping in a cellar now.”

He was the only one who slept comfortably that night. But he also missed when I took out my guitar and sang “Oyfn Pripetchik” for the rest. A friend quipped that I was so shaken up that I had a quaver in my voice that chazzan Pinchik didn’t have.

Then, in 1973, I found myself on the Syrian front, at Khan Irnava, an Arab village somewhere in the Golan. After the Rabbis gave their inspiring talks to the soldiers, I sang “Oyfn Pripetchik” again. Why would I sing a Yiddish song to Israeli soldiers? Today, I might do it just as a nose-tweak to Hebrew-only purists — the kind who refused to speak Yiddish to their European mothers. But I was younger and more mellow then.

The truth is, I just love the song. It describes a rebbi warmly teaching children the alef-beis:

“Learn children, don’t be afraid. Every beginning is hard. Lucky is the one who has studied Torah. Does a person need anything more?

“When you will suffer Exile, And will become weary, Take strength from these letters. Study them well.”

An odd selection? Perhaps. But I’m reminded of a story Leo Rosten heard in Yerushalayim:

On a Tel Aviv bus, a mother was talking to her little boy in Yiddish. He kept answering in Hebrew. Each time the mother said, “No, talk in Yiddish!”

Finally, an Israeli passenger asked, “Lady, why do you insist the boy talk Yiddish instead of Hebrew?”