WASHINGTON — Furious Senate Democrats vowed Tuesday to vote on legislation to enshrine the protections of Roe v Wade for millions of Americans after a leaked draft Supreme Court opinion, but without broader support from Republicans the Congress is essentially powerless to prevent the unraveling of the landmark Roe v. Wade ruling.

Senate Majority Leader Chuck Schumer said the conservative justices “lied” to the Senate during confirmation hearings when they assured senators the case that the 1973 ruling was settled law. And two Republicans who publicly support Roe v Wade, Lisa Murkowski of Alaska and Susan Collins of Maine, pushed their bill to turn the Roe v. Wade ruling into law.

“The Supreme Court is poised to inflict the greatest restriction of rights in the past 50 years — not just on women, but on all Americans.” Schumer said.

Murkowski told reporters on Capitol Hill that if the direction of the draft becomes the final opinion, “I will just tell you that it rocks my confidence in the court right now.”

The Congress, however, can do little to stop the court from undoing Roe v. Wade unless more Republicans join Democrats in voting to protect it, which is almost certainly unlikely. Schumer said the Senate would vote next week, but facing a certain filibuster by Republicans, the Democrats signaled they prefer to fight over the issue on the campaign trail this fall, rather than in Congress. The House is away this week.

Republicans have spent decades laser-focused on the high court, installing conservative justices intent on revisiting this issue and other social issues, including three ushered to confirmation by Senate GOP Leader Mitch McConnell during the Trump era to build the court’s solid 6-3 majority.

Typically reveling in his role as the architect of the conservative Supreme Court majority, McConnell demurred Tuesday when asked if he took credit for engineering a decision that would end the constitutional right for millions of women.

Instead, McConnell, R-Kentucky, said the focus should be on getting to the bottom of the unusual leak of the draft document from the typically quiet court.

“I think the story today is the effort by someone on the inside,” McConnell said of the leak.

Schumer shot back that Republicans are afraid to own what they have brought because “they are on the wrong side of history.”

Passing a bill through the Senate remains a political longshot, especially under the rapid timeline that would be needed before the Supreme Court issues its final decisions in June.

Schumer stopped short of promising to change Senate filibuster rules to allow Democrats to overcome Republican obstruction and pass legislation that would salvage the landmark law on their own, as some party advocates are demanding.

The Democratic leader does not have the votes within the Democrats’ razor-thin 50-vote majority to muscle through a rules change in the Senate that would allow Democrats to push past what is typically a 60-vote threshold on big bills.

The political fallout in Congress is certain to be far-reaching and complicated, a gripping new phase in the partisan fights over pro-life, religious liberties and the fundamental aspects of women’s rights.

The Republican senators in particular, who helped turn the court into a solid 6-3 conservative majority, face deep scrutiny over their public beliefs at the time and the reality now confronting the country.

Collins in a morning statement pointed blame back to the justices themselves, personally singling out two of the three Trump-era judges, Neil Gorsuch and Brett Kavanaugh, she had supported for confirmation.

The Maine Republican said if the leaked draft opinion overruling Roe v Wade becomes the ruling of the court, “it would be completely inconsistent with what Justice Gorsuch and Justice Kavanaugh said in their hearings and in our meetings in my office.”

Collins helped confirm both of those nominees, though she did not vote for Justice Amy Coney Barrett because the nomination came so close to the 2020 election, when the presidency was being decided and she also faced a stiff reelection race.

Murkowski, who is up for reelection this year, did not vote for Kavanaugh after his explosive confirmation hearings over allegations he of assault during high school. She did give her support to Gorsuch and Barrett.

Other Republican senators slammed the unusual leak of the high-profile draft opinion as an attempt to bully the court, even as they celebrated its contents. Chief Justice John Roberts, confirming the authenticity of the leaked draft opinion, on Tuesday ordered an investigation into the leak.

Hawley said he looked forward to the campaign debate. “The people will really get to weigh in,” he said.

Crowds gathered at the Supreme Court, which sits across the street from the Capitol and can be seen from the House and Senate. Pro-life protesters carried signs that said “Ignore Roe” while their pro-choice counterparts held placards declaring “Impeach Kavanaugh.”

One pivotal Democrat, Sen. Joe Manchin of West Virginia, who talks frequently with McConnell, declined to weigh into the debate — or whether he would be willing to rethink his opposition to changing filibuster rules. He has been a holdout denying Democrats of the 51 votes needed to change the rules.

But Sen. Elizabeth Warren, D-Mass., countered McConnell and the other Republicans who want to go after the leak. “What should be investigated and prosecuted is the fact that people who were nominated to the Supreme Court stood up and said they believed in the rule of law and precedent, and then at first opportunity, changed direction by 180 degrees and are going for a full repeal of Roe,” said Warren.

Trump was able to nominate and have the Senate confirm three justices, engineering a wholesale revamping of the high court, now with a solid conservative 6-3 majority.

As GOP leader, McConnell stunned Washington at the start of the 2016 presidential campaign season when he refused to allow the Senate to consider then-president Barack Obama’s nominee, Merrick Garland, for a high court vacancy, holding the position open until Trump won election to become president that fall.

McConnell then marshalled into place a Senate rules change to enable Republicans to bypass a Democratic filibuster and approve Supreme Court nominees on a simple 51-vote threshold — going further than Democrats had done on their own earlier rules change to allow majority confirmation of lower-level posts. 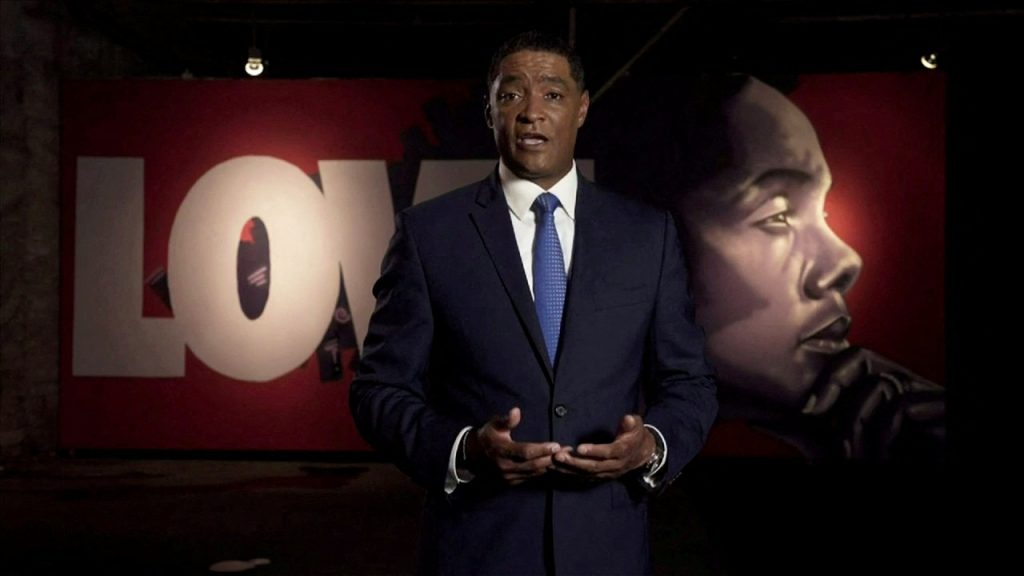 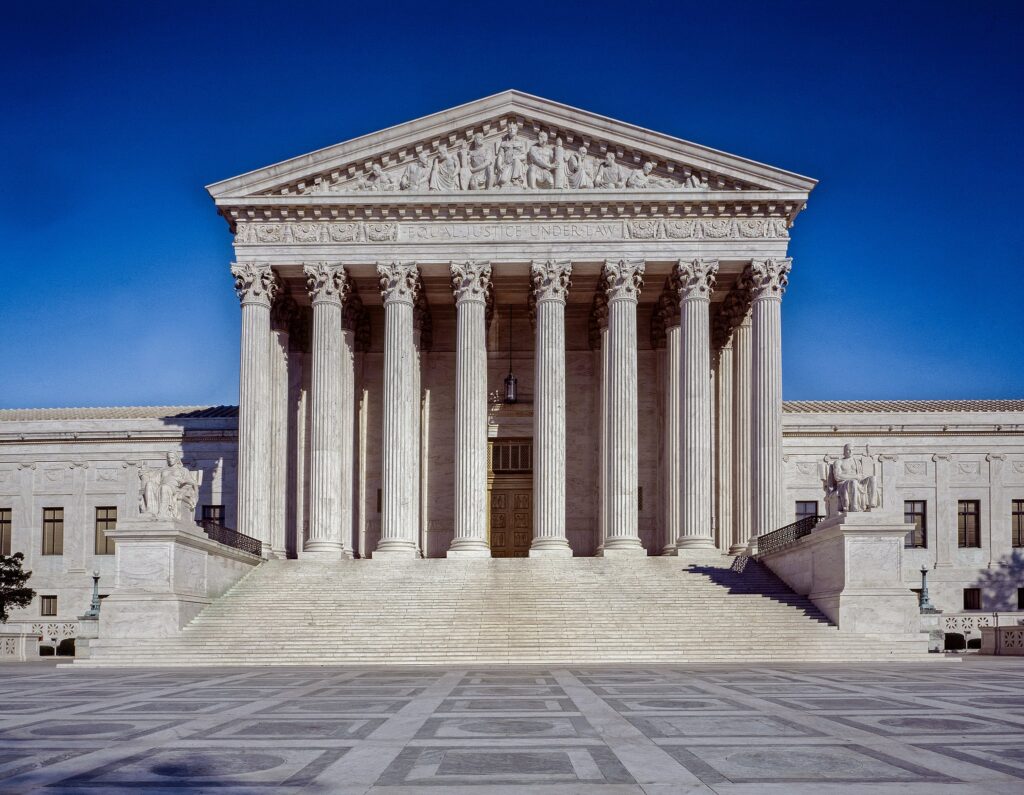 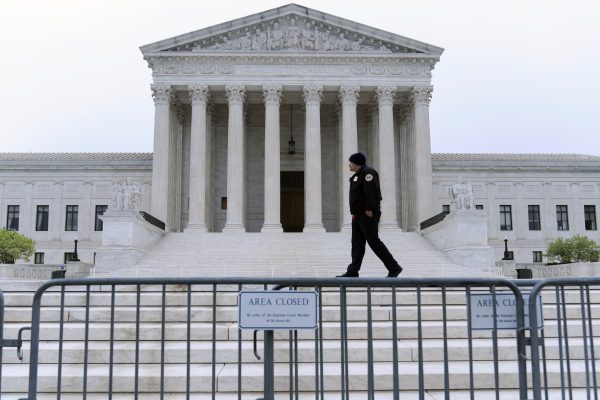