(Los Angeles Times/TNS) — Mark Wagner isn’t sure what he enjoys more: the looks he gets when he pulls his ancient Volkswagen ragtop into a EV charger parking space, or the looks he gets because of what he does next.

But Wagner’s Bug no longer carries an upgraded, Cold War-era 40-horsepower engine and 12.5 gallon fuel tank. They’ve been replaced with a Curtis C-50 Brushless electric motor and part of an 85kWh battery pack scavenged from a Tesla Model S.

“People see a classic car like this pull into a charging space, it’s like, ‘Well, that jerk’s blocking the charger,”’ said Wagner, 46. “But then I open up the back, pull the charging cord and plug it in, and then it’s like, ‘Wait — that’s electric? Can I see it?'”

With gasoline prices at nosebleed levels and concerns about climate change and pollution high, interest in electric vehicles is greater than ever based on Google search trends. But supply-chain problems have led to shortages of new EVs, which has pushed up prices for used vehicles, said Mike Spagnola, chief executive of the Specialty Equipment Market Assn.

As a result, converting internal combustion engine vehicles to electric “has become more and more popular,” particularly for owners of classic cars, Spagnola said. “It’s a market that will continue to grow in 2022.”

“These are people who love their cars and want to continue driving them, without worrying about the scarcity of parts for these older cars,” Spagnola said. “It’s about prolonging their longevity and, sometimes, it’s about having less of an impact on the environment.”

Skateboarding legend Tony Hawk can probably afford any car on the market, and he already owns a Tesla Model S and a Lucid Air, among others. One of his favorites is the 1964 Chevy Corvette Stingray, black with a red interior, that he acquired in 2004, he said, after his retirement from skateboard competitions. But lately, driving the car had become more of an exercise in frustration, so Hawk decided to turn the car electric.

“As much as I love the Mopar transmission, it was always a hassle to start and I could never drive it more than 20 miles without worrying about it breaking down,” he said.

For EV West, one of the West Coast’s most popular EV and internal combustion makeover shops, it’s much longer.

“Our shop has a five-year wait list,” said EV West owner Michael Bream, who began his company 13 years ago, inspired in part by — you guessed it — an earlier leap in fuel prices.

“If you called us and you’re like, ‘Hey, Michael, I absolutely want to convert this car,’ we can’t get you in, so we’re going to have to send you to one of our sister shops” that EV West works with on a collaborative basis, Bream said.

On a recent afternoon, Hawk’s car was up on a car lift at EV West’s San Marcos headquarters outside San Diego. That’s also where Wagner’s ’62 Beetle conversion took place at a cost of $32,000.

Bream said a typical conversion starts at around $18,000. Some of the more expensive builds, for high performance, can run well past $30,000.

After the conversion, maintenance becomes primarily a matter of keeping the vintage parts of the car going, which can be handled by the car’s regular mechanic, Bream said.

Turning a car electric is complicated and time consuming; it’s not just dropping in an electric motor and battery and sending the customer on his or her way. Every type of car, truck or van requires its own intricate solution.

Bream has collected a huge number of parts on site and 3D printers are used to fabricate other parts and for finishing touches that give the feeling that everything belongs. Some analog fuel tank gauges are there, but now the “F” to “E” is reporting how much battery charge remains.

“This way you can also reconvert back to combustion,” he said. “It’s important that we keep the conversions reversible. So we haven’t taken any value out of the car.”

Customers seeking a conversion at EV West have an initial decision to make. One choice is to get a hot rod conversion, like the one for Hawk’s car.

“We’ve pulled the whole rear end out. We’re doing a bunch of different things in the front of the car. We swap out the whole drivetrain,” Bream said.

“But the majority of what we do is a classic car conversion,” which sharply limits the amount of new components and preserves as much of the original as possible, he said, using a 1969 Karmann Ghia as an example.

“The majority of the drivetrain in this car is going to be original, like the clutch system, the gear shift, so you can still downshift,” Bream said. “We do that for a lot of customers who want to keep as much of the original platform as possible.”

Bream is a guy who is hard to pin down. He drives an EV and has solar panels on the shop’s roof and enough storage batteries inside that he generates more power than his business needs, but don’t call him an environmentalist. Putting EVs on the road is a secondary or maybe even a tertiary effect.

“I care for the environment. But I’m a hotrodder, and I’m the son of a hotrodder,” Bream said. “We’re not environmentalists. We’re here to save the cars.

“I can’t front as an environmentalist when we’re still out back doing 200-foot-long burnouts. If we’re environmentalists, then I’m telling my customer what to do. We’re just going to leave the candy bowl out on the table and let people dip in for their own reasons.”

With shortages still affecting most aspects of the supply chain, it might seem likely that there would be spirited competition among conversion companies for the most prized batteries, which are made by Tesla. But there seems to be no shortage of Tesla owners who have gone out and seriously wrecked their cars, while managing to not damage the batteries.

“There’s no competition, because everybody’s really busy. We’ve helped other shops with their first builds to help them get into the business,” Bream said. “We’re on good terms with most of the other shops. We’re all on the same page, just trying to build fun, electric cars.”

The lure of electrification also is strong for owners of commercial vehicles that run on diesel, which remains well above the average price of a gallon of regular gasoline. A gallon of diesel fuel averaged $6.36 a gallon in California on Friday compared to regular gasoline at $5.69, according to AAA.

Ralph Biase, perhaps best known for his work as producer and host of a TV show on Motor Trend, has more work than he can handle at Titan Car Restoration in Commerce.

“I’ve got a two-year backlog,” Biase said. “I’m not even taking any new clients at the moment, because I have so many already on deck, in line waiting to get restoration done.”

Most of the EV conversions his company does are for commercial vehicles, with clients including Adidas and Nike.

For a recent conversion of a Canadian mining company’s pickup truck, “they needed the batteries to fit between the frame rails underneath the bed of the truck, but there wasn’t one commercially available,” Biase said. “Everything had to be scanned in 3-D. I had all the (computer-aided design) drawings for the space between the frame rails, and I had, basically, a battery box made for it.”

For his Beetle ragtop, Mark Wagner wanted to mimic the original car as much as possible, and the interior has been carefully upgraded.

“The gas gauge is now the battery monitor. They also gave me these knobs that have a real vintage feel to them,” said Wagner, 46. Bream said that there’s about one-third of the Tesla battery pack in the VW.

The 100-mile range of the car, when driven conservatively, is enough for him to use it as his daily driver, to and from work and for errands. He’s even driven up to Big Bear from his home in Irvine. One charge gets him to the base of the mountain, where he stops to eat and relax a bit while his car charges for the last 30 miles uphill. 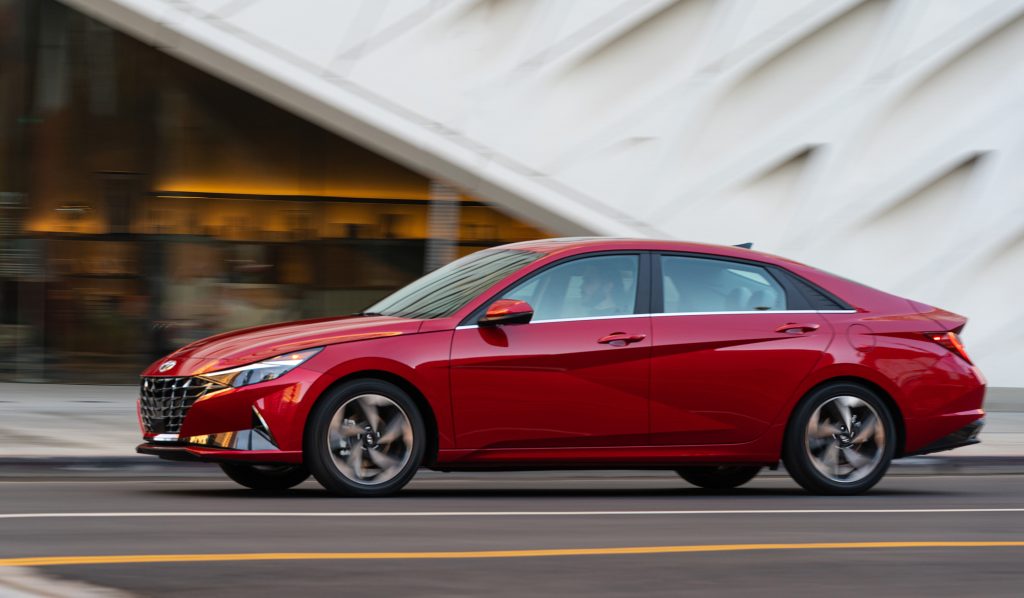 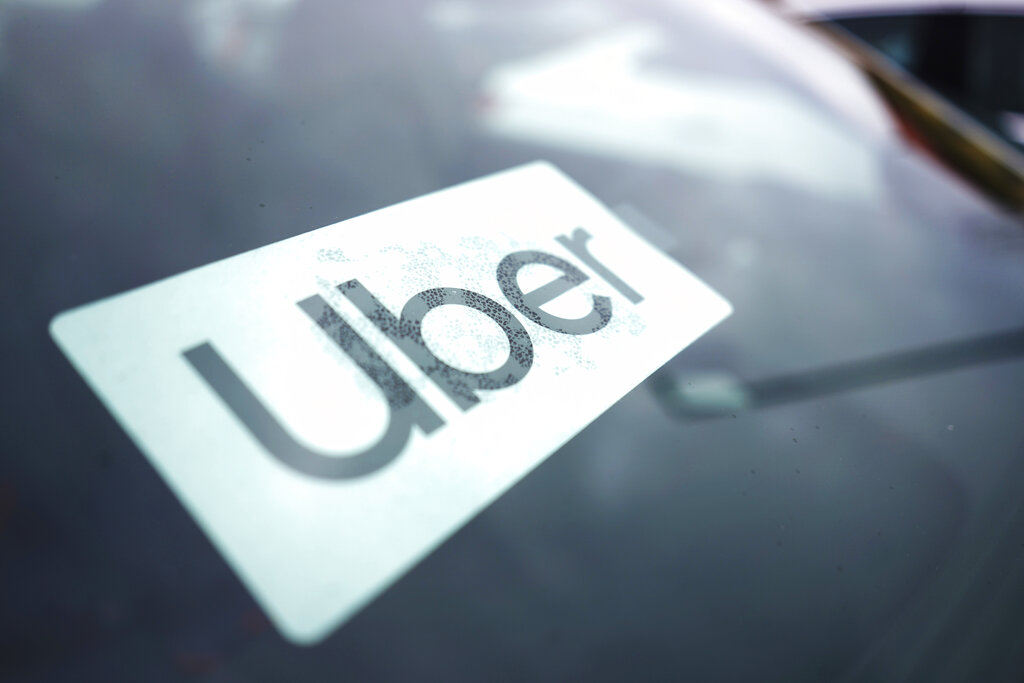