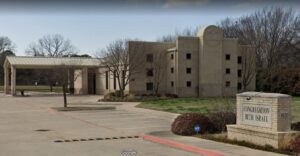 A British man conducted Internet searches for influential rabbis, an imprisoned terrorist and gun and pawnshops in the days before he took congregants hostage inside a Texas synagogue, according to law enforcement officials.

FBI agents examining the digital trail left by 44-year-old Malik Faisal Akram have found plenty of evidence hinting at his plan and state of mind in the days before the attack, said the officials, who spoke on the condition of anonymity to discuss the ongoing investigation.

Searches on Akram’s cellphone led him to focus on rabbis named on various online lists over the past decade as the most influential Jewish people in the country.

Akram, who was shot dead by FBI agents after an 11-hour standoff, parroted antisemitic tropes during the hostage-taking, saying he believed Jewish people had the power in the United States to free convicted terrorist Aafia Siddiqui.

Investigators suspect Akram believed people on the lists had the political connections to get his demands to senior U.S. policymakers, officials said. Searches for influential rabbis also led him to focus on his ultimate target: Congregation Beth Israel in the Dallas-Fort Worth suburb of Colleyville.

Over a roughly two-week period in Texas, Akram also searched on his phone for gun shops and pawnshops in the Dallas area, the officials said. But authorities have traced the handgun he used in the attack and think he bought it “on the street” rather than at a business. The gun’s last official sale was recorded in early 2020; it was reported stolen from a hotel room later that year, the officials said.

Akram also looked up online information about Siddiqui, an American-educated Pakistani woman who was convicted in 2010 of trying to kill U.S. soldiers and is serving an 86-year-prison sentence in a federal prison in Texas. Freeing her has become a focus in some Islamist militant circles.

Investigators are still piecing together Akram’s movements in the United States. He arrived at John F. Kennedy International Airport in New York on Dec. 29 and a few days later flew to Dallas, where he stayed at facilities that serve the homeless and got into at least one confrontation at a local mosque, according to law enforcement officials and others familiar with his movements.

On Jan. 1, Akram joined in the day’s last prayer at the Islamic Center of Irving, then asked if he could stay the night, according to Khalid Hamideh, a lawyer and spokesman for the mosque who has watched security footage of the episode and talked to those involved.

Hamideh said a staff member told Akram that city and mosque regulations prevented him from sleeping there, and Akram grew upset, telling staff, “You will be judged for not helping a fellow Muslim” and insisting “I’m from a good family.”

Akram – who was carrying a bag or backpack big enough to hold a weapon – left after the staff member threatened to call police, Hamideh said.

Akram returned about 6 a.m. the next day, Hamideh said. By then, his demeanor had changed.

“This time he was calm, cool, collected,” Hamideh said. “He apologized for his behavior on the previous night and asked for permission just to use the sanctuary to conduct his prayer.”

Hamideh said Akram prayed alone, and left between 7 and 8 a.m. – walking into an empty parking lot. That night, he was dropped off at OurCalling, a Dallas center for homeless people, by a man who escorted him inside and embraced him before saying goodbye, the center’s chief executive has said.

Officials think he also spent time at another area facility for homeless people before knocking on the door of Congregation Beth Israel during Sabbath services the morning of Jan. 15.

After being invited inside and sitting through some of the service, Akram pulled out a gun and took four hostages.

He soon demanded they call someone on the list who is known for using music in religious services and was photographed at a White House Chanukah party during the Obama administration.

After connecting by phone and relaying Akram’s desires, both the caller and recipient of the call thought the demand was as far-fetched as it was frightening.

Speaking at the same online forum, FBI Director Christopher Wray said agents are still analyzing and reviewing “phones and other electronic devices and media, and there’s a lot more work to be done.”

“This was not some random occurrence – it was intentional, it was symbolic,” he said. “And we’re not going to tolerate antisemitism in this country.”

The hostage-taking has amplified public concern about security at houses of worship in general and synagogues in particular. On Thursday, Wray said the Texas attack was further evidence that terrorism threats increasingly come from lone actors plotting “fairly simple and unsophisticated – but just as deadly – attacks.”

The challenge for investigators trying to connect the dots to prevent an attack, he added, is “there are a lot fewer dots that connect and a lot less time to connect them.”

Law enforcement officials, who are investigating the hostage-taking as a terrorist act, say their portrait of Akram so far suggests he was a disturbed individual whose behavior occasionally raised concerns – but not urgent alarms. Officials caution that their understanding could change as they gather more information.

Akram’s relatives have said he had mental health problems. Law enforcement officials said he was known to British security officials, and the BBC reported earlier this week that MI5, Britain’s counterintelligence and security agency, investigated him in 2020 as a “subject of interest” but concluded that he no longer posed a threat.