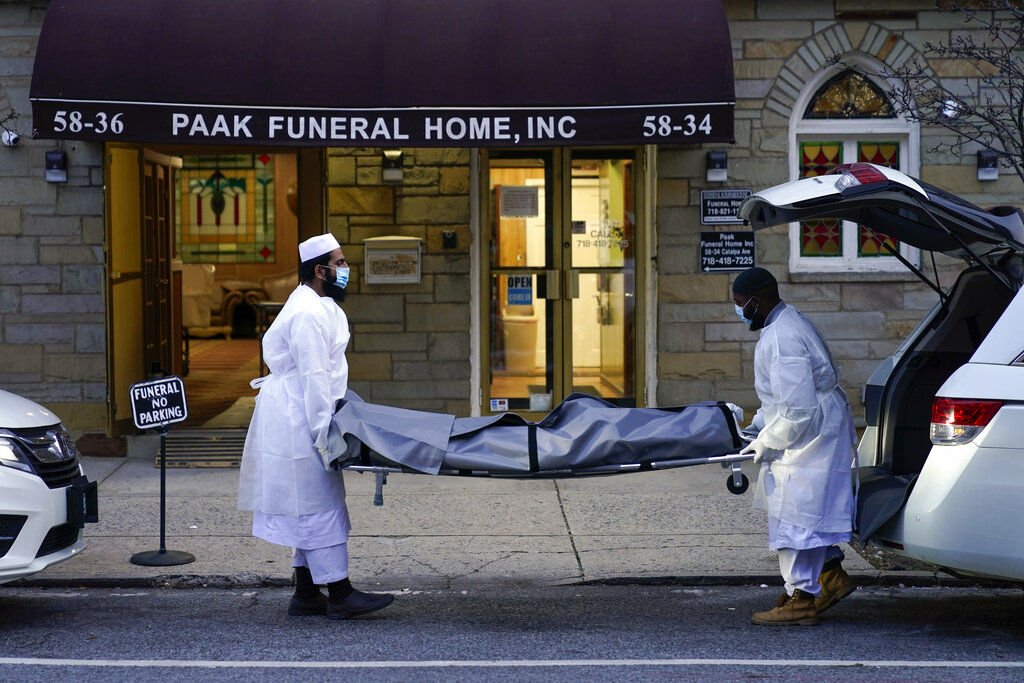 A communal funeral for victims of New York City’s deadliest fire in decades has been planned for Sunday, a week after the the blaze in the Bronx high-rise.

The service is to be held at the Islamic Cultural Center in the Bronx, said Imam Musa Kabba of Masjid-Ur-Rahmah, the mosque where some of the victims’ families have been gathering to grieve.

Funerals began Wednesday with a service at a Harlem mosque for two victims, Seydou Toure, 12, and sister Haouwa Mahamadou, 5.

Community leaders have been huddling to make arrangements for the remaining 15 victims, who all had ties to Gambia. The dead began arriving Thursday afternoon at a Queens funeral home, where they would be cleansed and wrapped according to Islamic tradition.

Some families have been torn between whether to bury their loved ones in their West African homeland or in the United States.

Dukuray’s own family had been conflicted but in the end will bury their loved ones in the United States.

“This is unprecedented. There’s a lot of emotion in those conversations, whether it’s amongst us here, or it’s among the families in the Gambia,” he said.

Sera Janneh’s family, meanwhile, was planning to bury her in Gambia.

“It just was so difficult,” said the 27-year-old’s father, Tijan Janneh. “But we have a good community, and the city, the Bronx, the whole America, the whole world right now — they all pray for us.”

The dead who have yet to be laid to rest also include a 2-year-old boy, a mother who died with three of her children, and a husband and wife whose four children are now orphans.

Alhagie Ebou Cham, the president of the United Gambians Association and an honorary consul for Gambia, said his government was ready to assist in any way it could, including repatriation of the deceased if families so choose.

The Medical Examiner’s Office said all the victims suffocated from the thick smoke that poured out of a third-floor apartment, where officials say a malfunctioning electrical space heater sparked the fire. Many people escaped the 19-story building, but others died as they tried to make their way down the smoke-choked stairs.

Difficulties in identifying the dead and contacting their next of kin complicated making funeral plans, as did the sheer number of victims, Kabba said.

Outside the apartment building, passersby stopped at a makeshift memorial with flowers and photos of the people who perished and some of those still in hospitals.

While families of those who died planned burials, community activists pleaded for more help for survivors of the blaze. Some have been having trouble getting services or getting what they need, particularly cash, the advocates said at a news conference.

On Friday, Mayor Eric Adams announced the city will distribute $2250 gift cards to each of the 118 households impacted by the Bronx fire, for a total of $265,500: The Mayor’s Fund contributed $1000, Bank of America matched that donation plus an additional $50 to cover any ATM fees, and The Met Council donated $200 food cards.

Masbia, which, along with other Orthodox Jewish organizations, has been assisting fire victims with food and other basic needs, on Thursday took three particularly needy families who had lost everything to the fire on a shopping trip to Target, where they purchased 12 shopping carts worth of essential items.