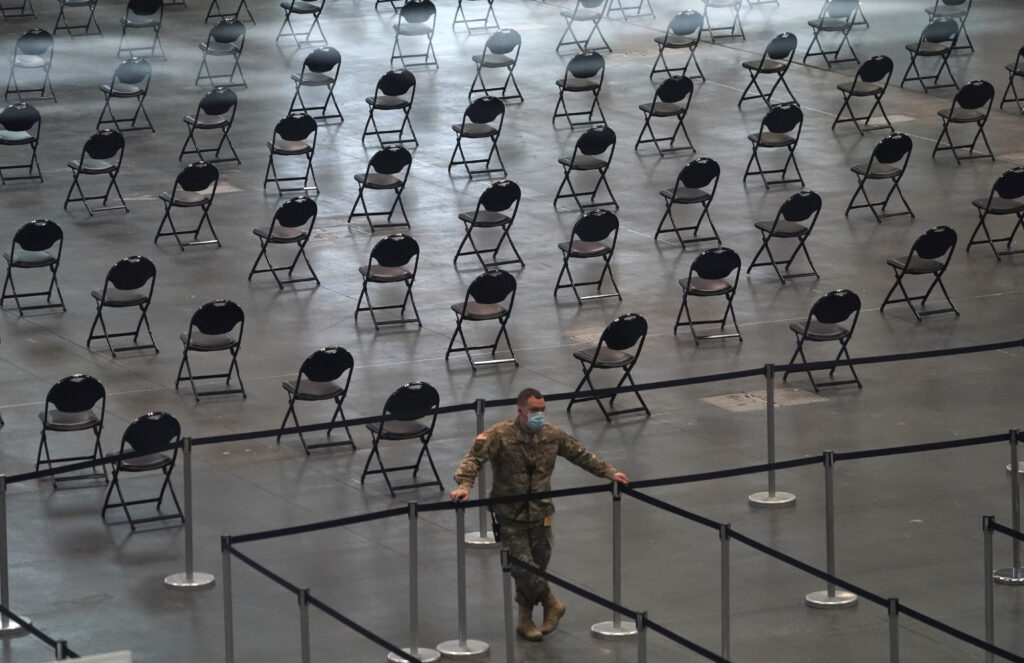 Another 1,000 military health workers are deploying to six U.S. states to help hospitals overwhelmed by a surge in omicron-related COVID-19 cases, the White House said on Thursday.

The teams of between seven and 25 military doctors, nurses and other personnel will begin arriving in Michigan, New Jersey, New Mexico, New York, Ohio and Rhode Island next week to support emergency rooms and allow hospital staff to continue with other care, a White House official said.

“The number one request continues to be staffing,” Federal Emergency Management Agency Administrator Deanne Criswell told CNN, adding that other states would likely need reinforcements of military and other federal doctors and nurses to help with COVID-19 and other care as the omicron wave envelops the country.

U.S. COVID-19 hospitalizations reached a record high this week after steadily increasing since late December, according to a Reuters tally, while omicron overtook delta as the dominant variant.

There were 133,871 people hospitalized with COVID in the United States on average over the past week, the tally showed.

The increase has strained health systems and forced several states to postpone elective surgeries. Omicron not only drives up case loads but also sidelines staff hit by their own COVID infections or exposures to the virus.

Several states have already declared emergencies to loosen regulations and free up funding to cope with the surge.

To date, 847,664 people have died from COVID in the United States amid 63,268,225 reported total cases as the outbreak enters its third year.