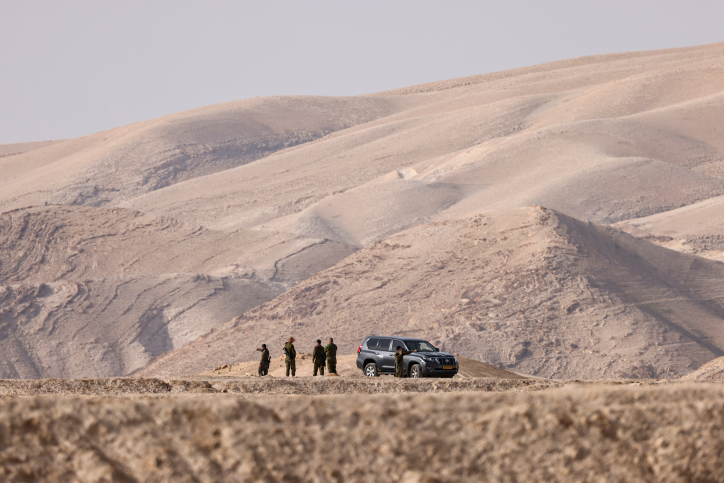 Two Commando Brigade officers were killed on Wednesday night in a friendly fire accident following security-related operations near a base in the Jordan Valley, the IDF confirmed in the early hours of Tuesday morning.

The two officers were identified as Maj. Itamar Elharar, 26, and Maj. Ofek Aharon, 28. According to available details, they were killed as a result of a two-way shooting prompted by misidentification. The IDF Spokesperson’s Unit said the families of the two officers have been notified.

According to Army Radio, the initial investigation revealed that the two officers, both company commanders with the Egoz special forces unit – an elite reconnaissance unit specializing in counter-guerrilla warfare – had just concluded a drill in the firing zone of the Nabi Musa base, and were patrolling around it when they identified a suspicious figure. They began carrying out the necessary procedure to arrest him, including firing in the air.

They were then shot at by another IDF soldier who misidentified them as terrorists who had infiltrated the base and were firing at him. The officers were mortally wounded and pronounced dead shortly thereafter.

The Nabi Musa area, south of Yerushalayim and off the road that leads to the Dead Sea, is frequently used for combat training by infantry units and Armored Corps.

IDF Spokesperson Brig. Gen. Ran Kochav told Army Radio that the military will task a senior officer to head the inquest into the grave event, regardless of the investigation launched by the Military Police, which investigates any death in military ranks.

“This is a tragic event,” he said. “The two commanders, the best among our sons – this is a painful loss. … Every few years an incident of this nature takes place. When we’re dealing with an elite unit and such young soldiers, the pain in worse.”