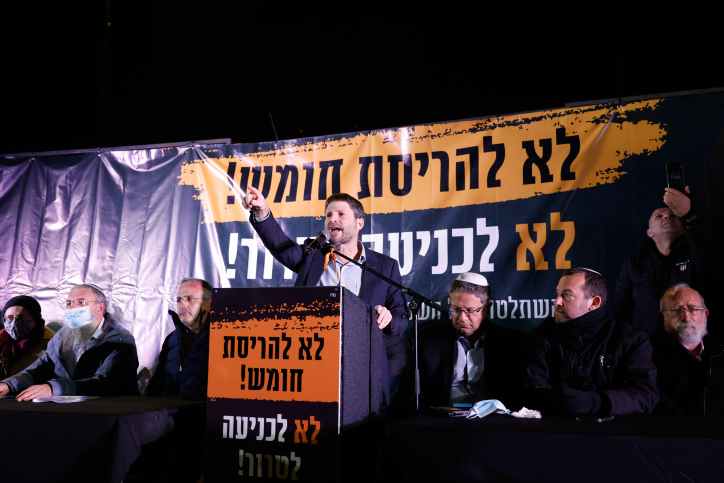 Thousands of right-wingers gathered on Thursday night outside the Prime Minister’s Residence in Yerushalayim to protest the destruction of the Homesh outpost and to call for an end to the Bennett-Lapid coalition.

“Bennett and his friends abandoned the State of Israel. Only yesterday they decided to eliminate the planting in the Negev following the Bedouin violence and eliminate the Homesh yeshiva in response to the horrific murder of Yehuda Dimmentman Hy”d.”

Shomron Regional Council Chairman Yossi Dagan said: “This struggle, just as it is for Homesh, is also for the Negev and for the whole of the Land of Israel. This disgrace, that on the day the government approves the law of connecting electricity to the Bedouin outposts that take over the Negev lands, the government cuts off the electricity and destroys houses in Homesh, is a shame and a failure of values. This lawlessness cannot continue.

“This is our land. Yehuda and Shomron is an indivisible part of Israel,” Dagan said. “This government will fall on Homesh and the Negev.”

“This government will fall!” declared Binyamin Regional head Yisrael Ganz, who said those on the Right “were heading out to battle.”

The crowd chanted “Bennett resign, we don’t want you anymore.”