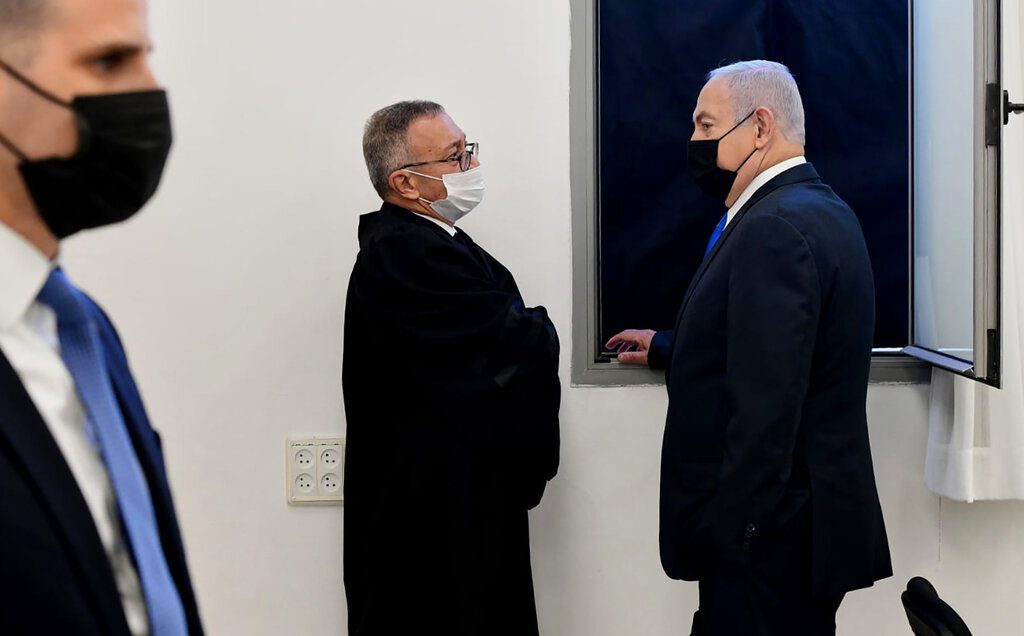 According to the network, the prosecution is willing to close one of the cases against Netanyahu — Case 2000 — in which he is accused of attempting to reach a quid pro quo with Yediot Acharonot publisher Arnon Mozes for positive media coverage.

They are also said willing to remove the bribery charge in Case 4000 — the most serious charge Netanyahu faces. In the case, he is alleged to have worked to illicitly and lucratively benefit the business interests of controlling shareholder of the Bezeq media company Shaul Elovitch in exchange for positive coverage on the Walla news site owned by Elovitch. And they are also reportedly willing to soften the charges in Case 1000 to remove allegations of fraud and leave only breach of trust charges.

Channel 12 reported that the gaps between the sides are very narrow, with the central question being Netanyahu’s future in politics — whether he will immediately quit the Knesset or do so after a verdict is given.

The report also said that it is a distinct possibility that a plea deal will be signed within days, before Attorney General Avichai Mandelblit leaves office, at the end of the month.