Business After Wave of Cancellations, Delta Sees Recovery in 2022
Business 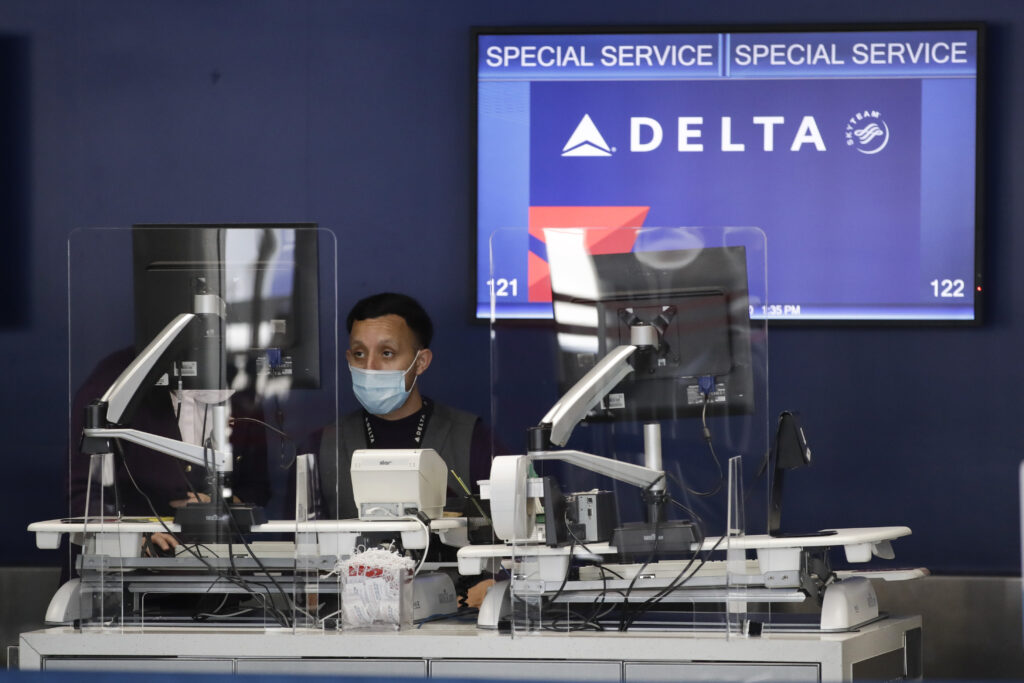 Delta Air Lines lost $408 million in the final quarter of 2021, dragged down by a COVID-19 surge that rocked the airline in December, and the carrier predicted Thursday that it will suffer one more quarterly loss before travel perks up in spring and summer.

Cancellations have dropped sharply in the past few days, but the spate of spiked flights cost the airline $75 million and the latest outbreak, caused by the omicron variant of the virus, is expected to push the industry’s recovery back by two months.

“I don’t think we’re going to see a pickup in bookings or travel during January and probably the first part of February,” Bastian said in an interview. “It’s always the weakest part of the year, and it’s going to be that much weaker because of omicron. We need confidence in travel returning once the virus recedes.”

Delta Air Lines expects omicron infections to peak over the next few days and then decline rapidly as it has in South Africa and — more slowly — in the United Kingdom.

Omicron has halted a long, slow rise in travel and thrown it into reverse. So far in January, the number of people flying in the U.S. is down 20% from same month in 2019 — worse than the 16% declines in November and December.

Earlier this week, United Airlines CEO Scott Kirby sent a letter to employees saying that 3,000 employees had tested positive for COVID-19. On a single day at Newark, nearly a third of United’s staff called out sick and the airline has cut back on scheduled flights systemwide.

Both airlines have about 74,000 workers.

Delta expects to lose money in January and February and for the first quarter as a whole. Revenue this quarter will likely be 72% to 74% of pre-pandemic levels, Delta said, about the same as the fourth quarter. Costs other than fuel will jump about 15% from 2019, and jet fuel is getting pricier too.

However, the Atlanta company expects to return to profitability in March — when spring break could help fill planes, especially if coronavirus infections are falling.

Several thousand hires are likely this year as Delta bounces back from the pandemic, Bastian said. The company set aside $108 million for special profit-sharing payments of $1,250 for each current employee.

The thank-you payment to employees comes as a new skirmish breaks out between largely non-union Delta and the nation’s largest union of flight attendants. The union accuses Delta of pressuring employees to return to work too soon after contracting the virus.

Delta lobbied the U.S. Centers for Disease Control and Prevention last month to reduce the recommended quarantine period from 10 days to 5 days for vaccinated people who contract the virus, with Bastian and other Delta officials saying that the 10-day standard may significantly impact our workforce and operations.”

The CDC made the change, with its director, Rochelle Walensky, explaining on NPR that “we started to see challenges with … airline flights and other areas.” Delta’s fourth-quarter loss compared with a profit of $1.1 billion in the same quarter before the pandemic.

Excluding losses on some investments and profit-sharing, Delta earned $170 million, or 22 cents per share. That easily topped per-share projections on Wall Street of 14 cents, according to a FactSet survey.