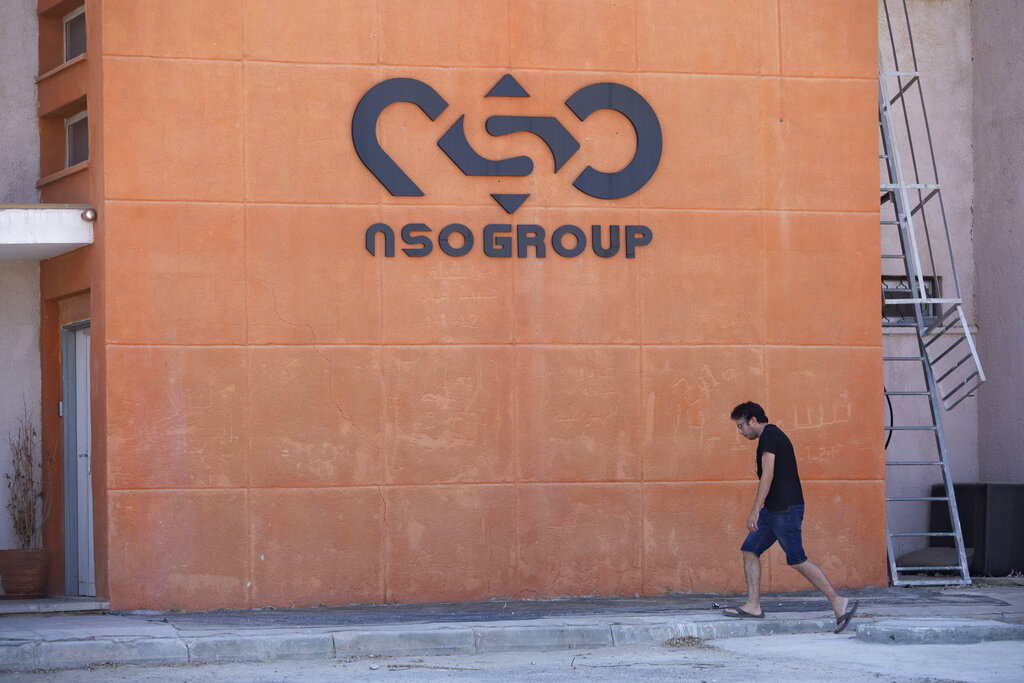 The third-largest group in the European Parliament called Wednesday for the establishment of a committee to investigate abuses by European Union governments with powerful spyware produced by Israel’s NSO Group.

Renew Europe, a liberal political grouping, made its appeal following reports that the NSO Group’s Pegasus software has been used to hack the smartphones of opposition politicians, lawyers, journalists and critics of the right-wing governments in Hungary and Poland.

“We need a full inquiry into the Pegasus spyware scandal. European democracy is being undermined, and the EU should act accordingly,” said Sophie in ’t Veld, a Dutch member of the European Parliament and a co-initiator of the calls for the inquiry. “We cannot let this pass; our democracy is at stake.”

In ’t Veld said that the European Commission, the executive branch of the 27-member union, should follow the example of the United States government and “quickly blacklist Pegasus’ parent company NSO.”

The Biden administration put new export limits in November on Israel’s NSO Group, saying its tools have been used to “conduct transnational repression.”

The Israeli Defense Ministry, which oversees defense exports, has promised tighter control to prevent abuses. NSO itself has vehemently denied the charges against it.

Renew said in a statement that it hopes other groups will support its call, noting that an inquiry would constitute the first action on the matter from an EU institution.

Pegasus is a powerful surveillance tool sold exclusively to government agencies and intended to fight terrorism and other serious crime. But investigations have been turning up case after case of the powerful in many places using it to target domestic critics and rivals.

An investigation by a global media consortium published in July showed that Pegasus was used in Hungary to infiltrate the digital devices of a range of targets — including at least 10 lawyers, one opposition politician and several government-critical journalists.

In late December, The Associated Press reported that three Polish critics of the government were also hacked, based on investigations by the Citizen Lab, a research institute at the University of Toronto. Last week ruling party leader Jaroslaw Kaczynski, Poland’s most powerful politician, acknowledged that the country had the spyware but denied it was used against the political opposition.

Among the Polish victims are a lawyer, a prosecutor and a senator who was hacked multiple times in 2019 when he was running the opposition’s parliamentary election campaign.

The hacking revelations have rocked Poland, drawing comparisons to the 1970s Watergate scandal in the United States and eliciting calls for an investigative commission in parliament.

However, Kaczynski and other top members of the ruling Law and Justice party say they see no reason for an investigation. The party can block a probe thanks to its majority in the lower house, or Sejm.

However, the Senate, where the opposition holds a slim majority, moved this week to launch a special committee to investigate the use of Pegasus, though its powers are limited.

Only the Sejm, whose legal role is to supervise the government, has the power to launch an inquiry with full investigative powers, including calling witnesses. The Senate can invite witnesses but not require them to appear.