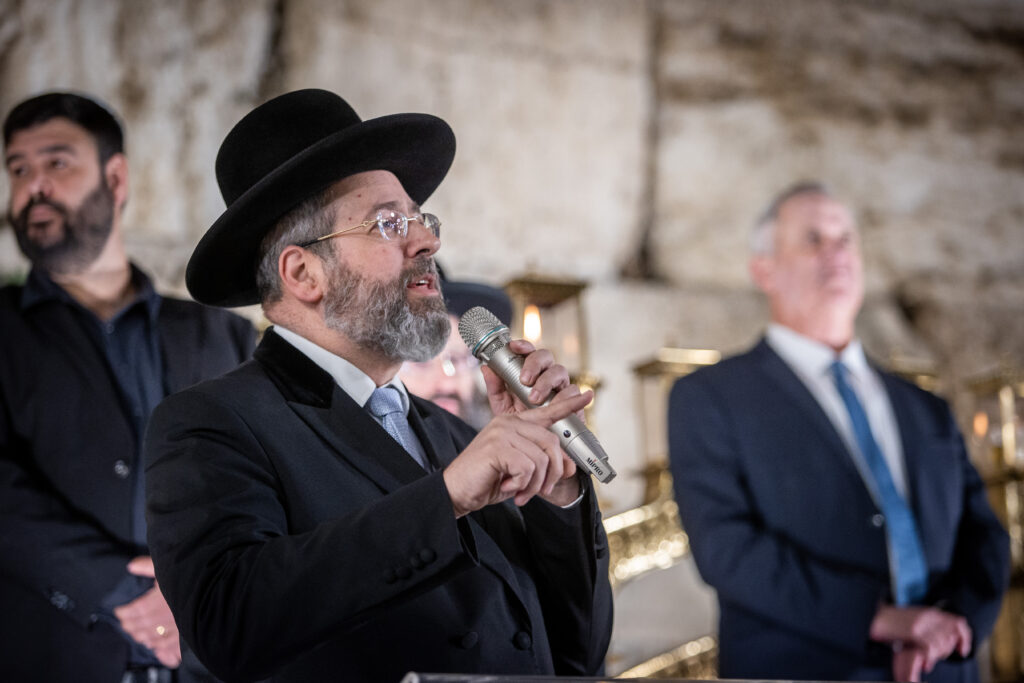 One week after the Minister of Religious Affairs Matan Kahana announced that he is appointing a member of the Tzohar group to the position of interim conversion officer, Ashkenazi Chief Rabbi David Lau on Wednesday pulled out a move that would make Kahana’s appointment irrelevant, rendering the appointment redundant.

According to the reform – the details of which are expected to be published on Wednesday – the Rabbis of cities would be able to establish conversion courts. However, Rav Lau, who is the head of the Great Rabbinical Court, said he will personally overlook every case of conversion in the country.

In a letter to the civil service commissioner, he said that according to the law, “the conversion system in the State of Israel will operate according to Jewish law and will be overlooked by the president of the Great [Rabbinical] Court.”

He also noted that over the years, the Chief Rabbi appointed the head of the conversion mechanism to implement the halachic guidelines in the conversion system.

The letter also said that due to the end of the term of the latest head of the conversion system, “and the extensive halachic responsibility that rests on the president [Rav Lau], he has no choice but to assume this responsibility himself.”

“The president intends to be required for every question, small or big, and to closely monitor all the conversion procedures in the system,” the letter said.

A month ago, Rav Lau has sent a harshly-worked letter to Prime Minister Naftali Bennett protesting plans to promote a reformed mechanism of conversion to Judaism.

“If the conversion reforms are implemented, it will split the Jewish people, who in the future will have to grapple with the question ‘Who is Jewish?’, whom they can marry or – chalilah – not marry, a terrible situation of two states for two peoples, a split Judaism rather than a united one,” he said in the letter.