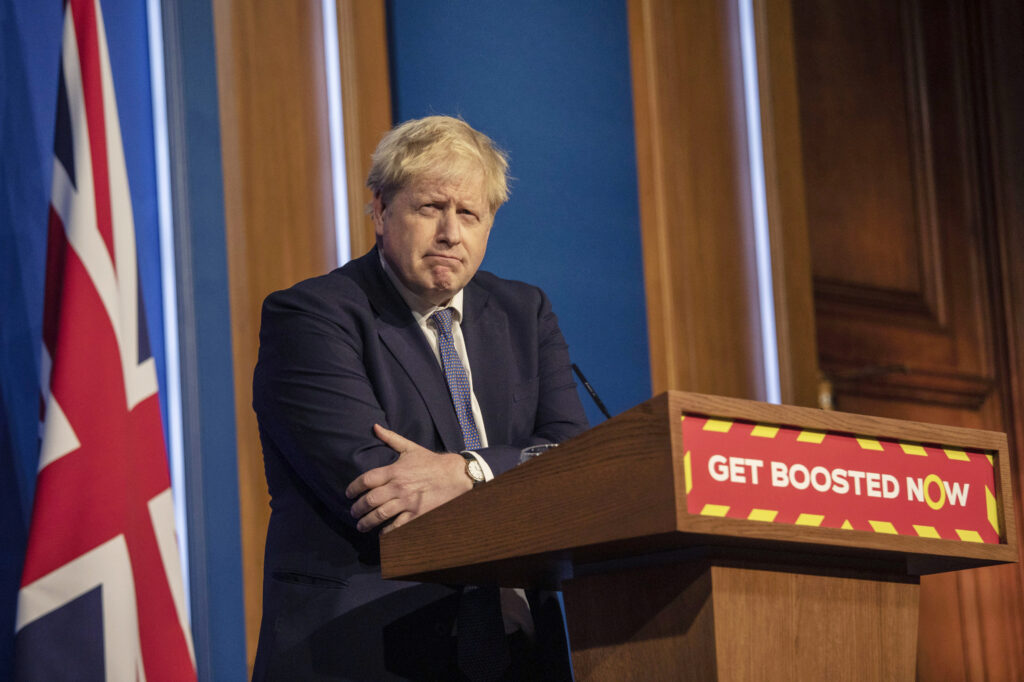 British Prime Minister Boris Johnson faced more allegations that he and his staff flouted coronavirus lockdown rules, this time by holding a garden party in 2020 while Britons were barred by law from mingling outside the home.

Opposition politicians called for a police investigation after broadcaster ITV published a leaked email invitation to “socially distanced drinks” in the garden of the prime minister’s Downing Street office and residence in May 2020. The email from the prime minister’s private secretary, Martin Reynolds, was sent to dozens of people and urged attendees to “bring your own booze.”

The event was scheduled for May 20, 2020 — the same day the government at a news conference reminded people they could only meet up with one person outside their household. London’s Metropolitan Police force published reminders about the rules on the same day.

During Britain’s first lockdown, which began in March 2020, gatherings were banned with a few exceptions, including work and funerals.

Johnson’s Conservative government has repeatedly been accused of flouting the rules it imposed on others.

The latest claims will be investigated by senior civil servant Sue Gray who was appointed by the government to look into earlier allegations that staff in Johnson’s office flouted coronavirus rules with lockdown-breaching Christmas parties in 2020.

Johnson has insisted he personally broke no rules, but the BBC and others reported Tuesday that the prime minister and his wife attended the May 2020 garden gathering.

Health Minister Edward Argar said he understood why people would be “upset and angry,” but said he would not “pre-judge” the outcome of Gray’s inquiry.

But Labour Party lawmaker Ed Miliband said the allegations were “incredibly damning” and said Johnson must explain whether he attended the party.

“It was clearly the most flagrant violation of the rules,” Miliband told the BBC.