Israel Lod Mayor: State Will Only Declare ‘War’ on Guns When a Jew Is Killed in Tel Aviv
Israel 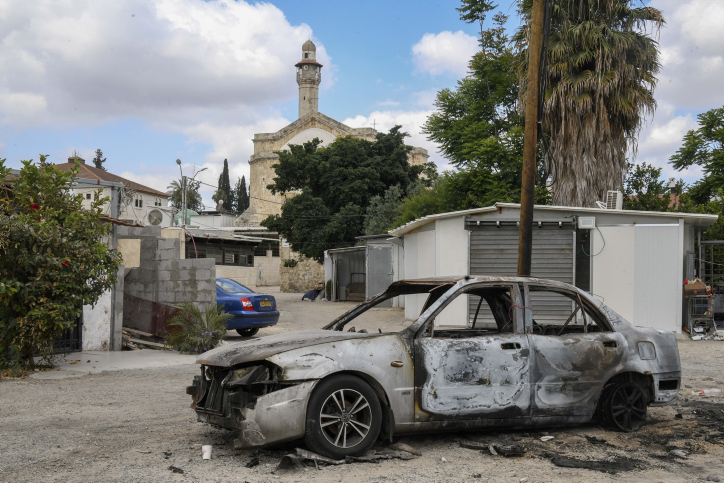 ​​“Only when – chalilah – a Jewish child will be killed in Tel Aviv, will the state declare an all-out war on criminals and weapons offenses and shootings. Until then, it doesn’t interest the state,” Lod Mayor Yair Revivo told the Public Security Committee on Monday during a meeting on the fact that students in the city do not go to school because they are afraid of local crime organizations. The meeting was held at the request of MKs Ibtisam Mara’ana (Labor) and Ghaida Rinawie Zoabi (Meretz).

Committee Chair MK Merav Ben Ari (Yesh Atid) said, “The crime organizations are turning life in Lod into a continuous nightmare. Students don’t go to school because the crime organizations operate everywhere. The residents posted an online petition that has been signed by hundreds of people. The vast majority of the city’s Arab residents have grown weary of living in fear, and they want to protect themselves. In the meantime, they don’t leave the house.”

MK Rinawie Zoabi said, “I asked to hold this meeting following a request by the principal of the ORT School for Science in Lod to teach classes via Zoom, not because of corona, but for the safety of the students. This is an impossible situation – to bring the children back to remote learning because of crime and violence in Arab society. Students regularly hear gunfire on the way to school. Parents don’t know if their children will return.”

MK Mara’ana said, “The Arab population in Lod is weak. The children grow up in a reality of fear, and may be tempted by the illusion that they may become superheroes in this horrific reality… We mustn’t gamble on the lives of the children. Perhaps a transition to Zoom is correct. The principal should have a say.”

Shfela Sub-District Police commander Ronen Avnieli said many of Lod’s Arab residents are well educated. “Ninety-eight percent of the residents are wonderful people, model citizens, and it is for them that we exist. Two percent are contemptible criminals. My goal, and job, is to provide personal safety, and to achieve this one has to be tough at times. It is not pleasant to issue parking tickets, but the prohibition to park on a crosswalk must be enforced so that children may cross safely. I have a responsibility. I am not dodging it.”

MK Simcha Rothman (Religious Zionism) noted Israel Police’s “immense efforts,” but said “bursts of gunfire are heard almost every night.” This week, he said, 20 people were arrested over the course of one night, “but most were released the next day. Instead, the courts should contribute [to the effort]. A person who was arrested with an illegal weapon should be detained until the completion of the legal proceedings. He should not be released so that he will be able to open fire, that same night, on the person who turned him in. People die because of these releases.”

A member of the Lod City Council said: “The daily reality is bleak. These debates will not change the violent situation in Arab society. The state must make an honest decision that it wants to treat the problem. As long as the names of people who are arrested are not made public, the violence will not end. When an Arab suspect is arrested, his identity is withheld. When a Jew is arrested, all the details are published. As long as this does not change, we will remain a captive society.”