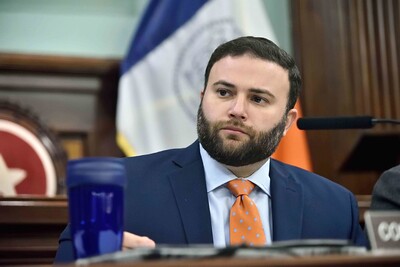 The New York state Republican Party filed a lawsuit on Monday to block legislation from the New York City Council that would allow non-citizen residents to vote.

In a statement, Republican Chairman Nick Langworthy said, “We vowed to use every legal tool in our arsenal to block this unconstitutional and un-American law, and that’s exactly what we’re doing. The law is clear and the ethics are even clearer: we shouldn’t be allowing citizens of other nations to vote in our elections.”

The legislature, which Mayor Eric Adams declined to veto, was passed on Sunday.

It would allow around 800,000 legally residing non-citizens and residents here under the DREAM or DACA Act to vote in municipal elections. Unless a judge halts the law, New York City will be the largest city in the country to allow legal non-citizens to vote.

Of the roughly 7 million voting-age residents of the Big Apple, one-in-nine are legally documented non-citizens.

“Anyone reading NY state election law in plain English can see that it prohibits foreign citizen voting,” said Borelli. “The public should look for themselves at section 5-102 to fully grasp how their city government willfully violates the law without regard.”